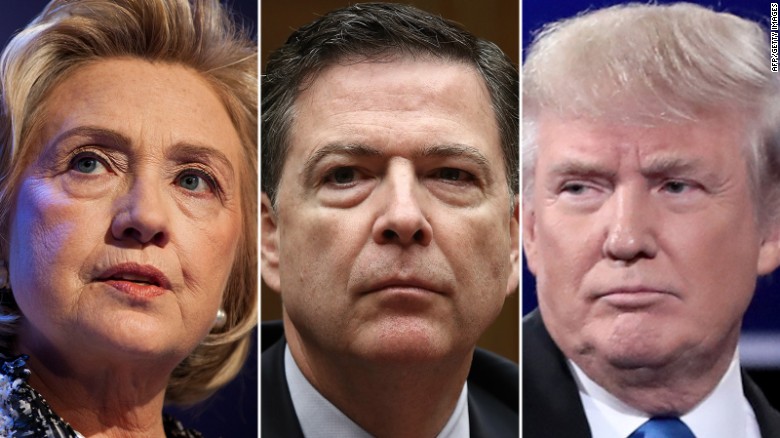 The Office of Inspector General released a report last week that demonstrates the objective facts that Andrew McCabe disclosed information to the media that violated policy, because it was: “done in a manner designed to advance his personal interests at the expense of department leadership.” A second disclosure was done: “to rebut a narrative that had been developing following a story in the WSJ on Oct. 23, 2016, that questioned McCabe’s impartiality involving former Secretary of State Hillary Clinton.”

The story in the WSJ stated a political action committee run by Virginia Governor Terry McAuliffe and Virgina Democratic Party collectively donated nearly $670,000 to the senate campaign of McCabe’s wife. The WSJ story stated that McAuliff is: “an influential Democrat with longstanding ties to Bill and Hillary Clinton.” McCabe later helped oversee the investigation into Clinton’s email use.

The report goes on to claim that when McCabe was questioned about these leaks, he lied: “at least four times, three times under oath.” The report also shows contradictory statements made by McCabe and his then boss, James Comey.

These events, revealed by the Inspector General report, created a narrative that is driven by objective facts that suggests higher ups in the DOJ violated department protocol and the law in an effort to protect Hillary Clinton during the investigation into her private email use as well as alleged Clinton Foundation misconduct.

Do you see the difference?

There was smoke all right, but are you unbiased enough to follow the narrative of that smoke back to the objective facts that lead to the actual fire?

You already know Trump’s a criminal? Based on what objective facts? On April 3, 2018 the Washington Post was the first paper to headline how: “Mueller told Trump’s attorneys the president remains under investigation but is not currently a criminal target.” But you already know he’s criminal, because that’s the narrative you’ve been fed. And you want to believe that narrative so bad, that your willing to keep digging for something anything to back it up.

The Inspector General report provides objective facts and then there are the complicated suggestive circumstantial smoke that the “resistance” keeps blowing.

Truth is not about politics or power.

You don’t have to like Trump or support Trump in order to accept the truth of this matter (Loretta Lynch asked me to use the word ‘matter’ here).