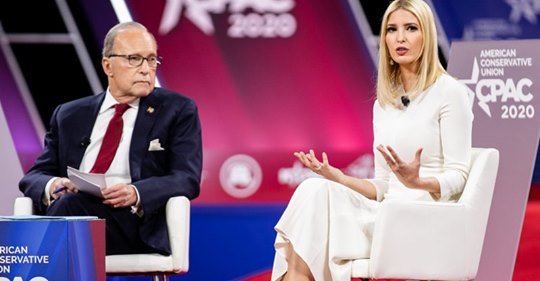 Tweet Tower—Director of the National Economic Council, Larry Kudlow, sidestepped his comments back in February 25th, otherwise known as: “We have contained this. I won’t say airtight, but it’s pretty close to airtight, and while the outbreak is a human tragedy, it will likely not be an economic tragedy.” I guess he meant to say ‘airborne.’ Oh, and I added the italics because I learned how to do that recently. Instead of defending his recent comments, Mr. Kudlow shifted his focus to Ivanka Trump’s breasts, asking her, “We all know your father prefers big breasts, dear, so was he ever encouraging you to augment your boobages?” Yes, one of our top economic gurus used the word boobages.

Yeah, I got nothing. I usually write for The Discord while bungee jumping from tall bridges, but they’re making me stay at home now, so instead I’m digging a bunker under my condo. It’s kind of cool!