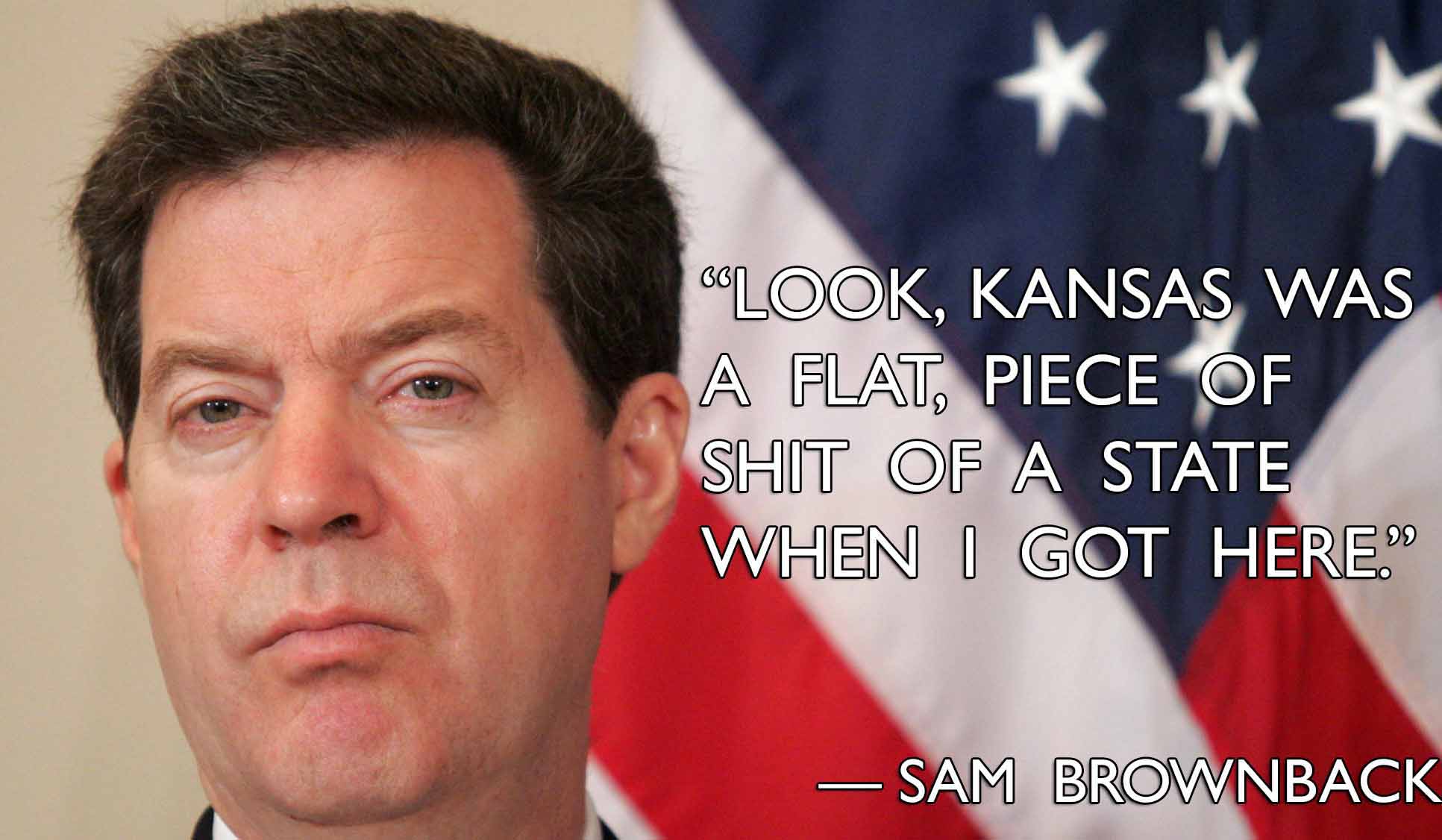 Topeka, KS—Governor Sam Brownback is denying allegations that his state has done poorly under his leadership. Despite his state’s ongoing struggles, he refuses to take any responsibility for his economic record. “Responsibility is for the little people,” said Brownback, “who we here in Kansas refer to as Munchkins.”

To compensate for the many years of crushing austerity measures, Kansas celebrated today with the largest tax increase in the state’s history. Brownback is denying this is an actual tax, however, as he and his staff are referring to it as Freedom Funds, which will be used to “fight the ongoing War on Obamacare.”

During this week’s Congressional session, the Governor hired a reggae band to play Don’t worry, be happy while his staff passed out THC-laced cookies. “This is not a step toward legalization,” explained Brownback. “I just needed everyone to chill the F out before this all-important vote. Look, my job has always been an uphill battle. Granted, we don’t have any hills here in Kansas, but if we did then it would certainly constitute an uphill battle. Let’s not forget a handful of filthy rich donors are doing just fine under my watch and they are the ones who plan to hide me from the pitchfork and torch-wielding mobs.”

When asked if there’s anything good to say about his tenor or the state of his union, Brownback replied, “It’s still all about location, location, location and, lest we forget, Kansas is conveniently located right next to Colorado. And, uh, where do you think I got those cookies.”