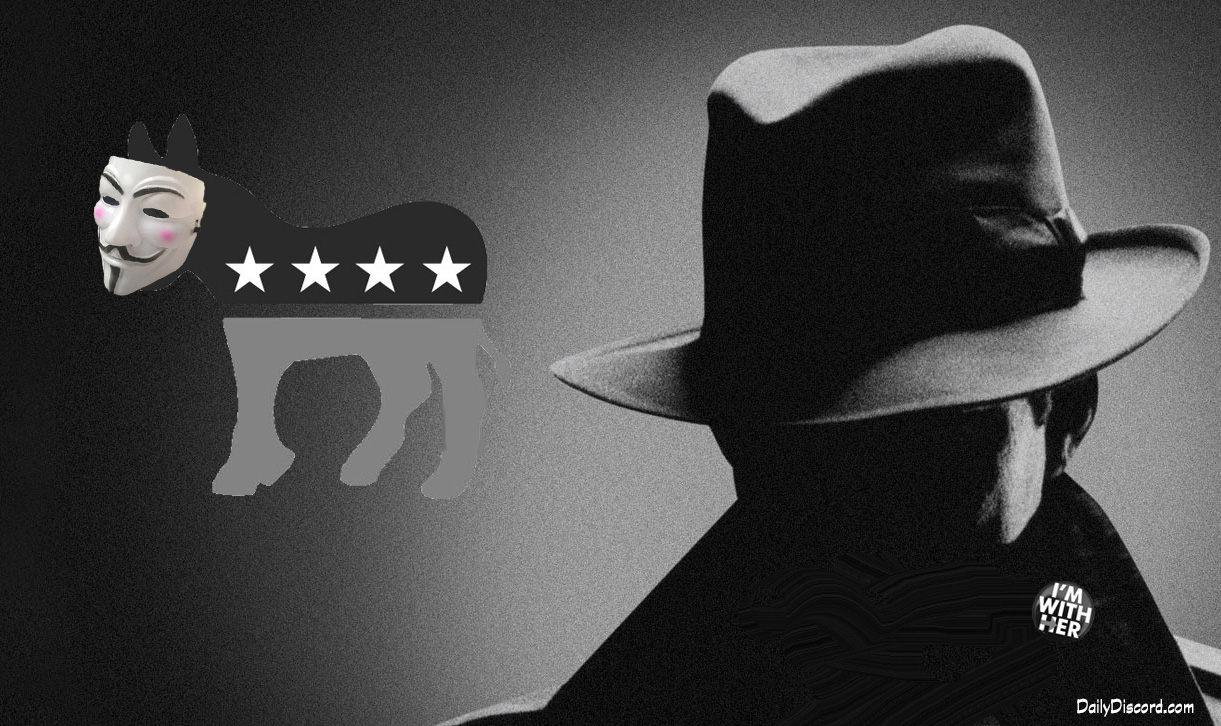 Deep State Headquarters—The Daily Discord has spoken to an unnamed source claiming to be a double agent working within the intelligence community. This individual plans to appear on Hannity’s America, any day now, to expose the widespread corruption at the very heart of the Deep State. This righteous whistleblower tells a sordid tale in which an individual, akin to a liberal supervillain, was created in a secret laboratory with direct ties to George Soros and the Clinton Foundation. This fiend, known only as BleachBit, was created to subvert the American dream and to destroy the last best hope for mankind, Donald J. Trump.

This same source claims the liberal vigilante was activated for the purpose of attacking the Benghazi compound in Libya. Prior to the incident, he allegedly produced, directed, and released an anti-Muslim video to later place the blame for the embassy attack. Later, he covered his tracks by wiping Hillary’s email server clean with a product called BleachBit, thus earning him his nickname. The insidious progressive then set his sights on a new threat to his socialistic agenda, Donald Trump.

In 2014, after providing a key reference for Hunter Biden at a certain Ukrainian gas company, BleachBit dropped off of the radar for a time. He drove his Prius to Venezuela to take notes on the worst example of socialism in history. Under the direction of Hillary Clinton and Barack ‘Hussein’ Obama, he was then dispatched to England where he helped British intelligence agent Christopher Steele craft the salacious and unverified dossier—even going so far as to ply those Russian hookers with copious amounts of water before directing them into the president’s Moscow Hotel penthouse. What were those girls supposed to do? They couldn’t go near the bathroom as the orchestrated arrival of a bucket of free hamberders made that a mission impossible.

On August 10th, after attending a Bernie Sanders rally, BleachBit paid off several guards at the Metropolitan Correction Center and then murdered Jeffery Epstein in his cell. Only a few days later he was spotted purchasing a whistle from a notorious DC sporting goods store.

With the Hannity scandal factory working overtime in recent months, this is an important story that will give those hardworking folks, who are up to their necks in Foxal matter, a much needed break.

BleachBit would like to add that he likes to spend his weekends supporting Planned Parenthood, burning Bibles, kneeling at the opening of football games, and going for long walks on the beach.