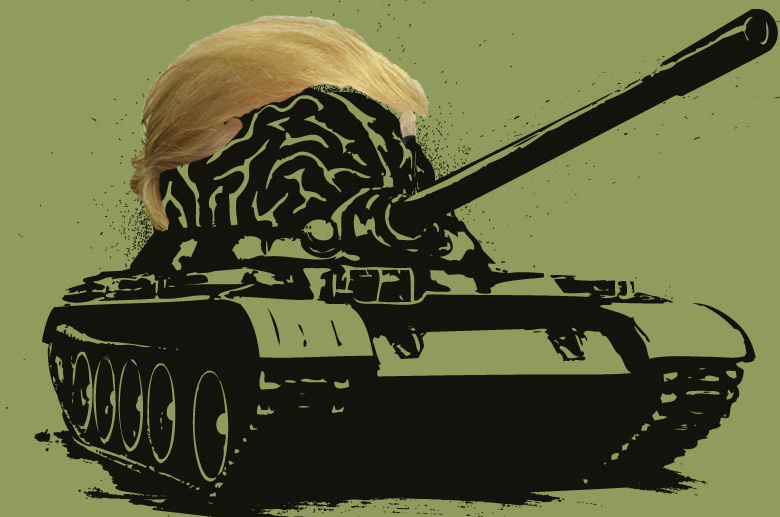 Tweet Tower—President Donald Trump’s personal think tank, The Booking Institute, a research group spawned around a craps table in the 80s at the Taj, is filing Chapter 11. The covfefe’d organization, which Trump himself describes as, “an ‘Murican bigly thinkarama!!”, is now officially cognitively and neuronically bankrupt. The nail in the organization’s preverbal coffin was not, as some have assumed, the group’s inability to actually think but rather their failure to screw nearly as many people out of their lunch money as projected. The Simpson’s Nelson added a “HA, ha!” before administering a swirly.

The president responded to the news today via a presidential tweet, “I will create a better a think tank! The world’s best!! The Booking Institute was a non-profit, which means it was a loser. I want to create a for prophet think tank. If our brains are considered our best commodity, then why not commoditize the shit out of that shit?!”