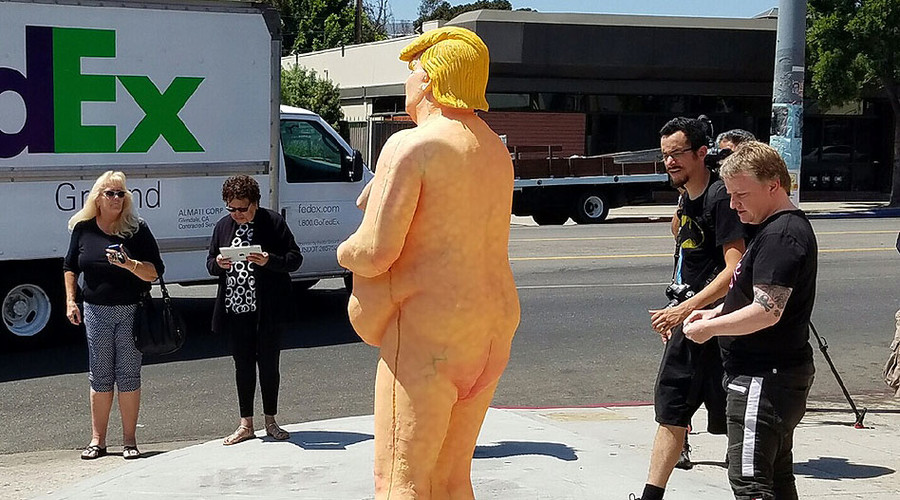 Tweet Tower—A new study from Trump University’s Center for Covering Up Public Affairs is showing a steep decline in fertility rates after the above nude image of the president surfaced on PinInstatweet. The inventor of the world wide web, Al Gore, said, “The release of this picture onto my precious inter-web actually broke the main pixilator, you know, the fuzzy spot generator thingie that hides all the naughty bits. So now all uploaded images will just show naked people until we can resolve this issue.”

In an exclusive Discord interview, the research coordinator at Trump U said, “The recent drop in fertility rates might have more mundane explanations like chemtrails, alien-human hybrids and/or the reptilian agenda. At this time we are not prepared to say the leaked naked photo of the president had any significant impact on fertility rates whatsoever, but we’re not not saying that either *cough*.”

President Trump is reportedly furious over the leaked image and is currently trying to authorize several domestic drone strikes based on information gathered from both related social media comment threads verified and/or repeated on Hannity’s America.

In related news, the Discovery Channel announced they will not be airing any Naked And Afraid YouTube videos until further notice.

*Image courtesy of the people we blatantly stole it from.