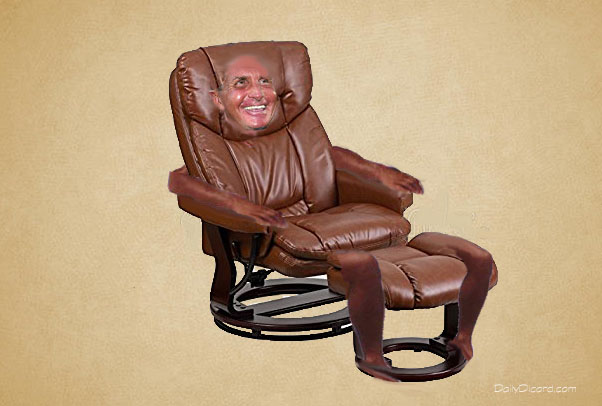 Hollywood, CA—Actor George Hamilton was sold on eBay today for $895 after the ‘tannequin’ was converted into a leather recliner by the folks over at La-Z-Boy. There is still some controversy surrounding the event as even those closest to Mr. Hamilton are questioning whether this move was voluntary, involuntary, or just the “natural progression” of things. His partner Renee Karalian claims she is “as surprised as anyone” about the situation. “I thought he would have sold for much more at auction. This should have been considered an upgrade. He does talk a lot, but otherwise this is a novelty item that should have fetched at least a grand. The recliner even comes with a free autographed DVD of Zorro, The Gay Blade.”

The Discord was able to interview Mr. Hamilton before he was shipped to an elderly couple in Boise, Idaho. He seemed in good spirits and told the Discord, “I love Boise, and I can’t wait to get situated. I just hope I’m near a window. No, really, I need to know if I’m near a window. There’s a free autographed DVD of Zorro, The Gay Blade in it for you.”