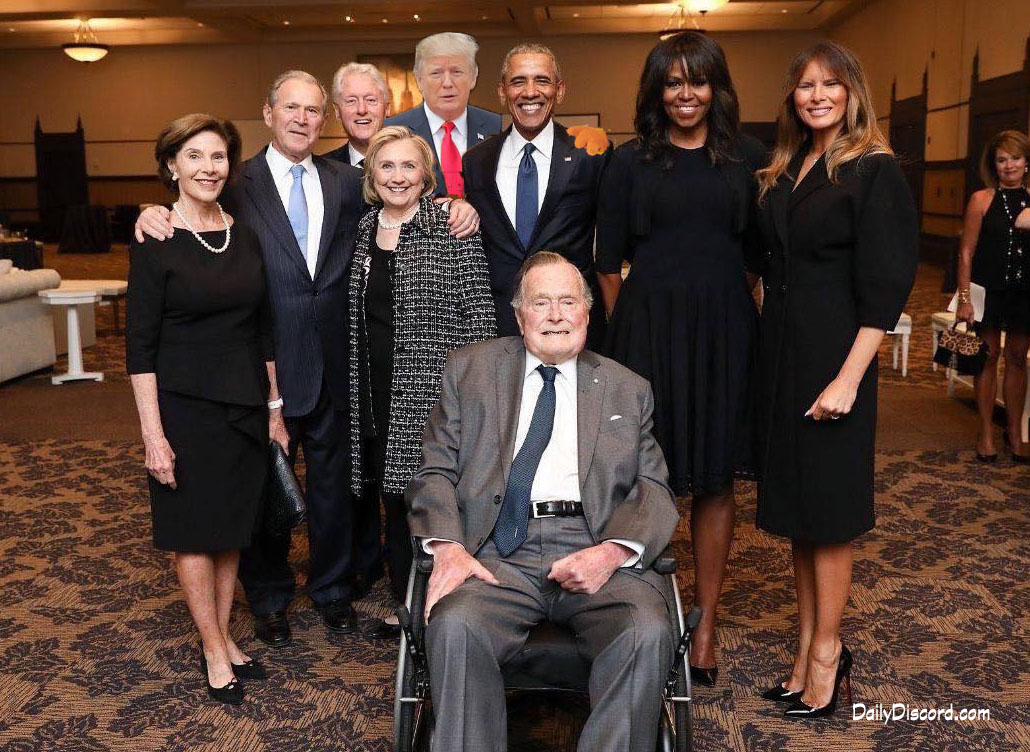 Houston, TX—President Trump did not attend the funeral of Barbara Bush last week at St. Martin’s Episcopal Church in Houston. Despite this fact, the above image appeared on the White House website for several hours before it was suddenly removed and made into an origami giraffe. Senator Dianne Feinstein (D-CA) said, “This is a new low for President Trump. Kidding. The president is not standing next to his wife, which is the only aspect of the image that lends it some credibility. Can someone Photoshop him out of the White House, please? That would be great. Better yet, I want to be Photoshopped into a picture at his funeral. Kidding. I don’t even want that. The origami giraffe part sounds nice, though.”

At today’s press conference Sarah Huckabee-Sanders said, “The president has made his position clear on his attendance or lack of attendance at Barbara Bush’s funeral. I would defer to the president’s original tweets on this matter.”

A second controversial aspect of the image shows a suspiciously Muppet-like hand resting on Barack Obama’s shoulder. Is this the president’s actual hand? Is this the only part of the picture that is accurate? Is this a mistake or is this further proof of the president’s Muppet origins?

Why Did Henson Make Me With Such Little Hands?!