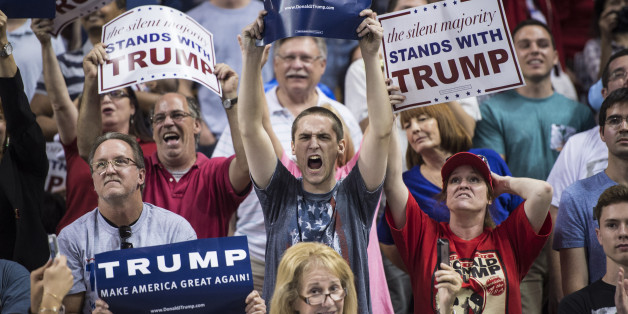 Critical thinking on the right side of the political spectrum is officially dead. Elvis has left the Trump rally. The reactionary factless responses that define today’s political landscape now permeate every corner of the Twiright Zone. Thankfully, real evidence of the problem is surfacing, as a recent Oxford study supports my shift from a ‘Deplorable’ designation to an ‘Unreachable’ one. Facts can no longer penetrate the Trump supporters’ noggins, period. Neuropolitical studies continue to support my rather harsh assessment of our conservative friends’ adverse relationship to the truth. Of course, they would reply Fake Science! According to this Fake Study, Trump supporters pass around twice as much nonsense, or Foxal Matter, on social media platforms than any other group on the planet. As a result, our staunch evangelical friends can now only engage in debates with themselves. Mass debaters? Yep, its Oxford University vs the Glenn Beck Chalk-Sniffing Choir. Good luck with that.

From a philosophical standpoint many are urging our electorate to move beyond our dualistic, “us vs them” mentality, but how do we do that in the wake of this rampant, seemingly mindless populism? Giving into all of their shortsighted ideas and policies seems …er, shortsighted. With the GOP’s recent record they should be demoralized and retreating, yet the opposite is true. Crap is truly king, literally. 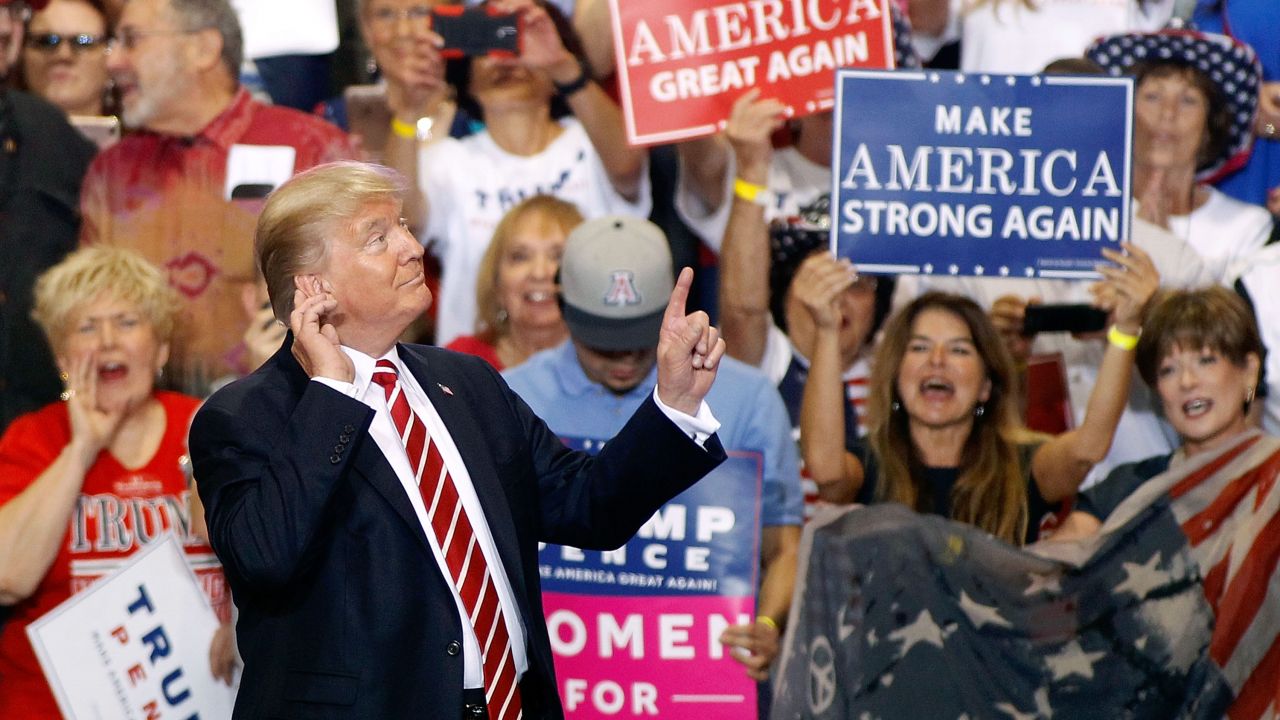 When NPR’s Diane Rehm retired last year, her final plea was to ‘please keep talking to each other’ to which I replied :

“In light of recent events, I have deemed discourse with Republicans DOV (Dead On Verbalization).  We have all joined our respective FaceBook groups. Recently I joined such prestigious forums as FU Trump and Donald Trump Clown University. Proud member since last week. Hate Threads Matter? Sure the implications are horrible, but not as horrible as participating in a political conversation with the aforementioned Unreachables.”

Has any Republican in your own life ever conceded a point, on anything? If they’re not going to own up to anything, post W and during Trump, than insight is simply not in their DNA. This same Oxford study suggests Republicans are quick to believe hard right/alt-right type media sources and tend to circulate more of this junk than all the other audiences combined. In my anecdotal experience on the web, fake news is often identified and shutdown on liberal social sites, rather quickly. In fact, satire often gets a rough ride, but at least liberals have more built-in gatekeepers (even in comment thread-land). For example, one hour ago I posted this on FB: 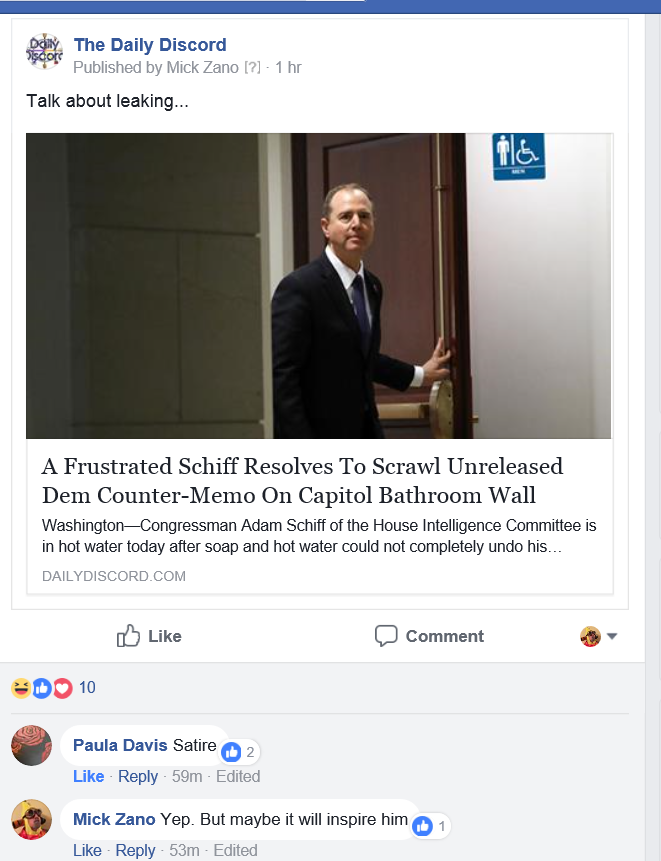 Do you really think the same people who mistook Steven Colbert for one of their own are going to have that level of sophfiltercation? To become this politically clueless doesn’t happen by accident; it takes a concerted effort. From time to time I still wonder what the late great Christopher Hitchens would say about the Age of Trump. Hey, let’s do an experiment! I’m going to post that same Discord bit on a pro-Trump site. It’s midnight, on a weekday… so why not? Crap, I have to send a request to join each group…

Update: I was able to join and post on one called Trump Fan Club (after sufficiently failing an initial questionnaire to the administrator’s satisfaction), but 23-hours later the post had no comments and only one like. 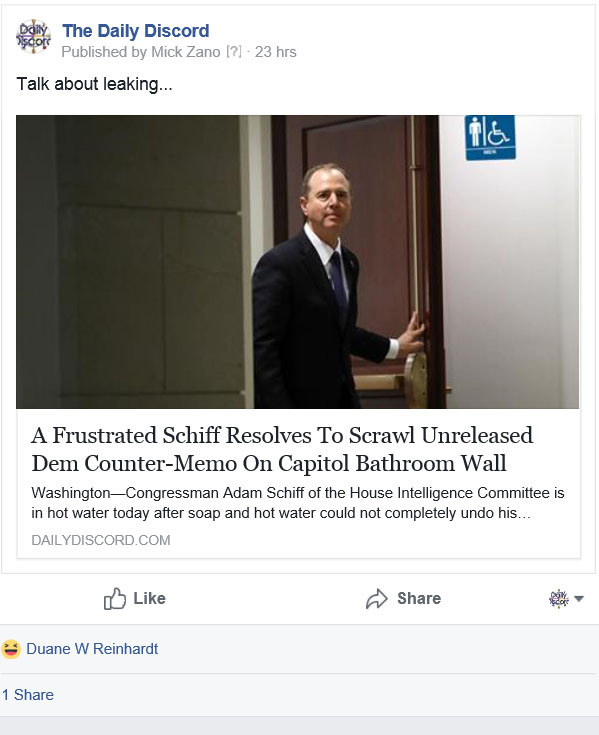 So this experiment is inconclusive, but kudos to Duane for the like and share! That same Oxford study reviewed tens of thousand of Twitter and Facbook posts and during a phone interview the head researcher said:

“Most of the junk news that people share over social media ends up with Trump’s fans, the far right. They’re playing with different facts, and they think they have the inside scoop on conspiracies … It appears a small chunk of the population isn’t able to talk politics or share ideas in a sensible way with the rest of the population.” 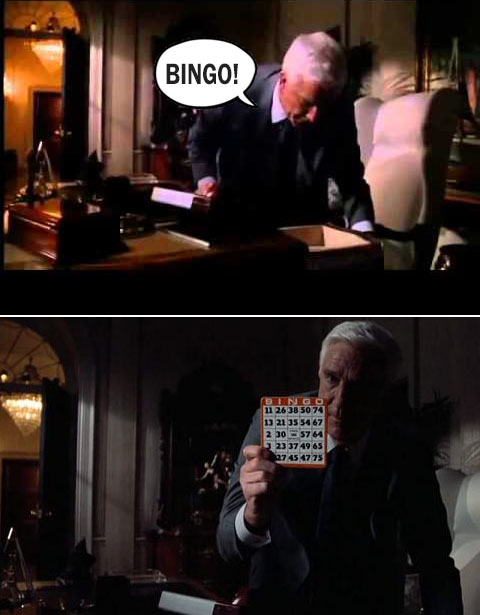 The problem remains, this so-called ‘small chunk of the population’ has a supermajority. Welcome to my rightmare. Why do seemingly intelligent people get hooked on such disreputable news sources? Uh, present company excluded. My blogversary Pokey is a bright guy and yet he remains complicit with this growing problem. I have made some suggestions to lead my friend back from the abyss and how to avoid the pack of dogs he’s currently running with. Gorge of Eternal Feral?

For impressive Christian conservatives: Damon Linker, or Andrew Sullivan (although he is independent now)

For Republicans with remaining frontal lobe activity: David Frum, David Brooks, or anyone else named David.

Republican “thought”  has been hijacked by the Sean Hannitys of the world. On the eve of writing this Sean and Jesse Waters worked Bo Bergdahl, Benghazi, Susan Rice’s unmasking, the dossier, the illegally obtained FISA warrant and Uranium One into one rant.

Hint of the Day: Combine all these scandals and you’re the better part of one areola to exposing Nipplegate.

Change channel to CNN that same night and a Republican, Trey Dowdy, the lead Republican witch hunter, is heading up an investigation into the Rob Porter scandal. This is due to discrepancies between Trump’s White House and the FBI timelines involved. This is stuff from tonight, not from the Ghost of Hillary Clinton past.

News Flash: No one in the White House, except maybe our four-star friends, should hold any type of intelligence clearance.

Our republic is in jeopardy, folks, and the very faction who brought us here hasn’t even bothered to notice. The GOP and its media megaphones remain a delicate combination of mindless populism and Nazi-style propaganda techniques. This is truly a Trump-at-the-Moscow-Hotel sad, sad state of affairs.