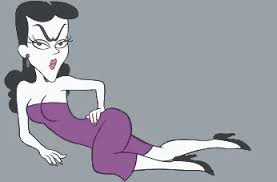 Tweet Tower—Known Russian spy and moose fraternizer, Natasha, is back in the news again today after the president directed a series of heated tweets at her. Natasha is believed to have ties to both to the Kremlin and all the Trump women. She is known to send Melania cryptic messages that many fear are either orders or quick family meal recipes. In addition, everyone in the Trump cabinet has met with Natasha several times for fifteen minute intervals, cash only. Half of team Trump is denying the meetings ever occurred, the ones who are admitting to such meetings are denying they talked about Russian spanktions.

Natasha has not responded to the president, possibly because she’s an unemployed toon, but earlier today the president had a lot to tweet about her: 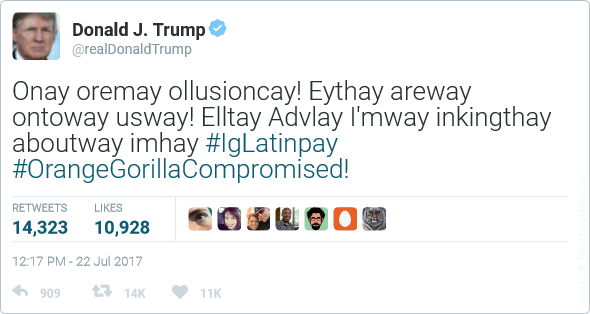 Natasha told the Discord in an exclusive interview, “Russian spies are not in the business of meddling in other country’s affairs. It’s preposterous. Speaking of affairs, Jeff Session sessions are the worst. The little Hobbit-man is into diapers. Bigly.”