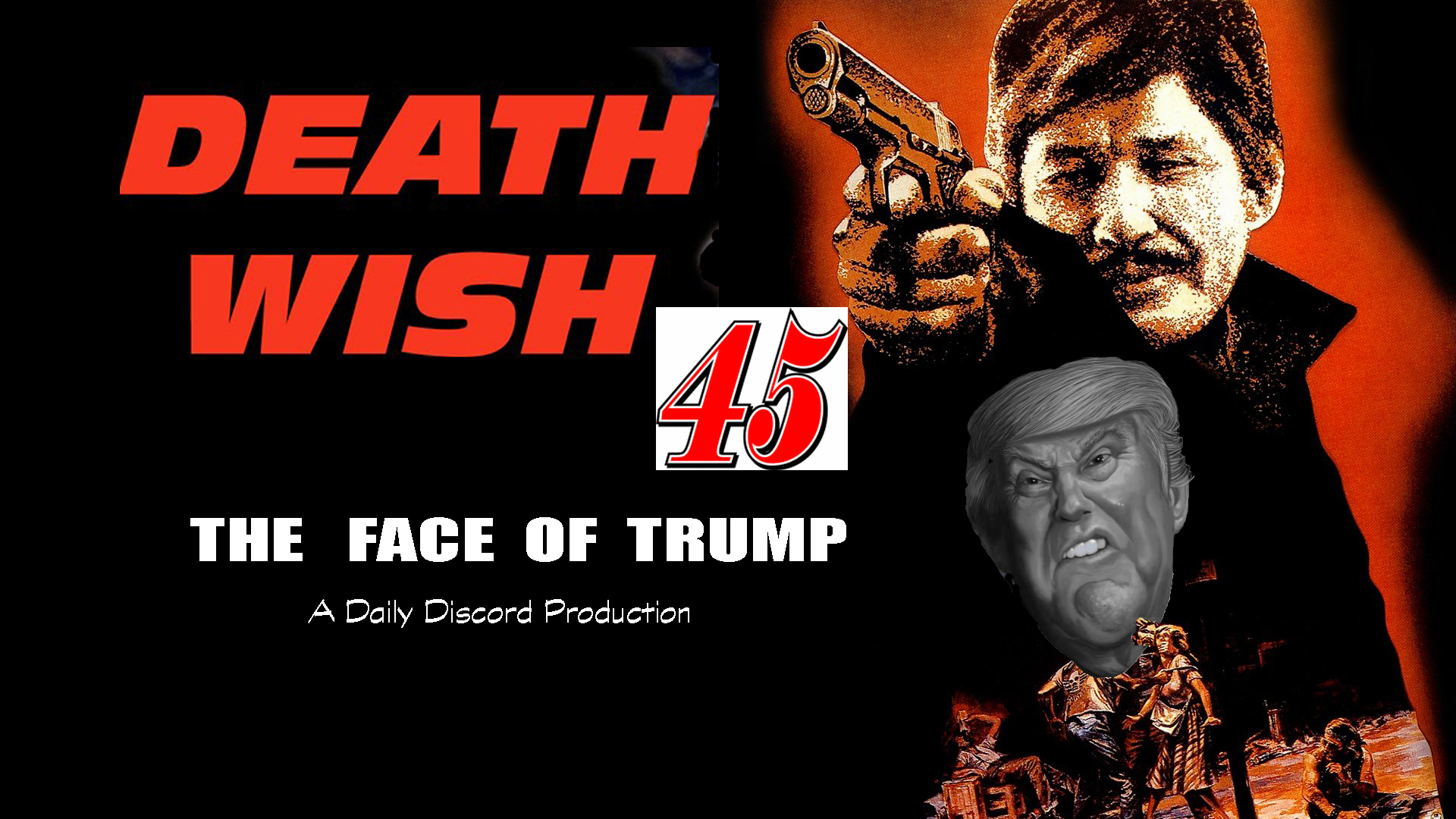 The rightwing aversion to truth is worsening and it’s spreading like a T-Virus at a Trump rally. Resident Drivel? The Foxeteers continue to shun the implications of any data, studies, or facts that contradict their ailing ideology. Valid data is fake science and valid points are fake news. Whereas conspiracy theories are abound on the left as well, liberal angst is still generally grounded in pacifism, intellectualism, sustainability and survival (PISS).

But, yes, we’re now adding liberal amounts of vinegar to the mix. The problem is not the budding Liberal Spring, which will come with its own set of challenges, but our demise rests with the self-destructive impulse behind rightwing politics. The conservative survival instinct is not only dead, it’s pushing up more Daisy than the Duke boys. You want to save our freedoms through militarizing our police? You want to save the dollar through another economic collapse? Save the Constitution by trashing it? They insist on leading the free world, but who in their right mind would follow? Any movement that ignores our ecosystems, economic indicators, or anything else that starts with ‘eco’, is a form of political fatalism. Ecoillogical? Is the republican suppression of any survival instinct based on some Biblical rapture, or is it more the result of blind capitalistic greed? What created this spicy rightwing Cajun cuisine in the first place?

[Dumbalya joke removed by the editor.]

Republicans are always their own worst enemy, and ours. Many people are now finally sounding that same alarm (sigh). You’re so late to this Zano party it’s hair of the dog time for me. And I’ve almost gotten this lamp shade off my head. Conservatives are insisting on our country’s irrelevance. Frum’s Atlantic article nails it: The Death Knell for America’s Global Leadership:

“Under the slogan of restoring American greatness, they are destroying it. Promising readers that they want to ‘restore confidence in American leadership,’ they instead threaten and bluster in ways that may persuade partners that America has ceased to be the leader they once respected—but an unpredictable and dangerous force in world affairs, itself to be contained and deterred by new coalitions of ex-friends.”

—David Frum (a rare republican with a clue)

Although there’s still some Frumians left in the world, there are very few Freudians. Freud did mention a constant instinctual tug of war between the life impulse (eros), and the more destructive/aggressive death impulse. Walter Davis expanded on this theme by designating these impulses to our political parties. In Death’s Dream Kindgdom: The American Psyche since 9-11 Davis distinguishes between the more liberal internalization as an “empathic internalizing and analyzing of the suffering of others” vs “the violent externalizing of inner fears by both the Religious Right and contemporary Capitalist America.”

Whereas one side of the political spectrum remains introspective and thoughtful, the other is fear-driven and forever ready to lash out at anything deemed out-group. The “immanent apocalypse” behind fundamental thought factors into this republican death wish The crapture? Why else would one group defy common sense and keep insisting on inflaming the Muslim world? Why be a recruitment tool for jihadists? Or in their case, just tools? At one time or another just about every general in the 21st century has uttered the phrase: there is no military-only solution to the Middle East. In the brain of a republican this translates to either “we need more bombs”, or some variation of Charlie Brown’s teacher-speak: 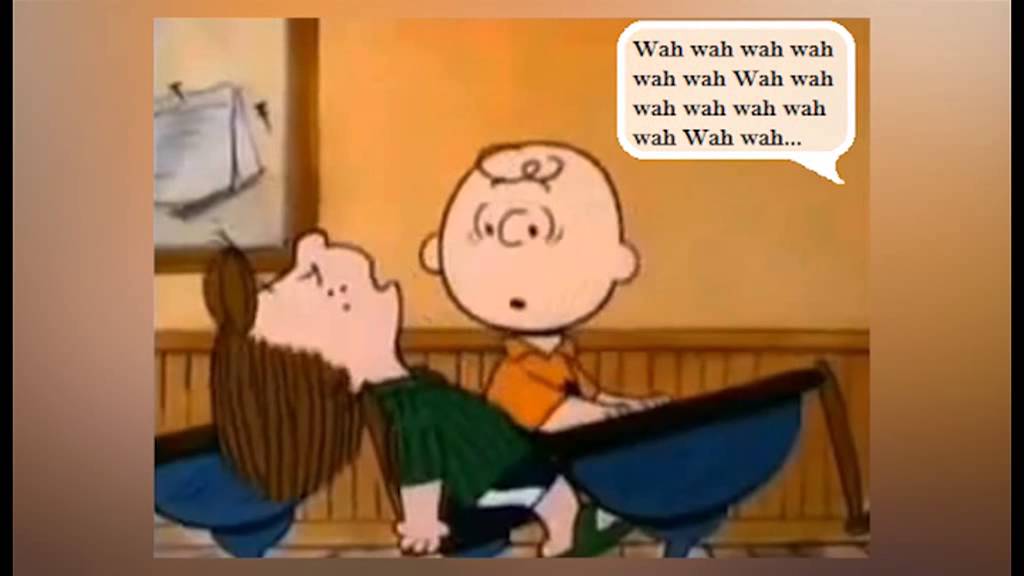 Come on, Zano, give one example of a republican death wish?

1. The intentional handing of the nuclear football to a sociopathic man-child.

2. The gutting of he EPA and backing out of the climate accords during a time of climate upheaval and mass extinctions.

Isn’t that enough? Minutes ago on NPR some conservative or another said, “The G7 represents the biggest tax hike in history and we don’t get anything out of it.”  How about oxygen in your blood stream, sir? Although in your case blood flow to the brain already seems stunted. Ask your doctor if firing neurons are right for you.

The conservative version of a survival instinct seems more focused on the individual, with no regard for the species as a whole. Liberals tend to be more world-centric and republicans tend to be more ethno-centric. Whereas libs want to save Gaia, republicans just want to make sure a Gaia doesn’t wander into the wrong restroom. This is why liberals build communes and republicans build bunkers. Liberals care for all of mankind and republicans care about kin. People throw the word Nazi around way too liberally these days, but there’s an old adage ‘even the Nazis loved their children.’ So if the jack boot fits… Okay, fine, republicans aren’t Nazis, but the fact remains our biggest problem has always been republican ignorance. ISIS will have to take a back seat to this fact. Warning: be careful how you call ‘shotgun’ when riding with a jihadist.

The conservative ideology is way too similar to the tribal mentality that we are currently fighting in the Middle East. This is why these two groups tend to antagonize each other. The Islamic radicals are much smarter than their U.S. republican counterparts, because time and time again they can successfully bait them into a broader conflict. We are currently losing ground to the Taliban in the ‘Graveyard of Civilizations’ and Iraq is still a resounding shit show. Sixteen years later. Despite these stark realities are republican friends are always ready to deploy for the next Operation Enduring Stupidity. That’s not a slam on our troops, it is a slam on our republican leadership, or the ongoing lack thereof.

Despite this constant projection of their own piss poor personal growth, republicans are likely still experiencing pangs of uncertainty. This is why, even though they have a supermajority, they can’t agree on anything and still seek liberal validation at every turn. They call themselves the adults in the room, but on some level they realize they’re not. You see, republicans on the Hill and in our coffee shops still have some lingering insights. It’s tough to call them cognitive biases at this point, because in the Fox-lands it’s more like extra bias, hold the cognition. They have Tuckered themselves into Foxblivion but, on some level, even they understand how chaotic and incompetent their party has become. If liberals held a super majority, I wouldn’t require, nor would I even seek, conservative input or approval. And I can tell you this with ‘great asurety’—the best asurety, I can assure you. Some survival instincts, blunted though they may be, will persist on the right, but I refuse to validate and will instead RESIST.