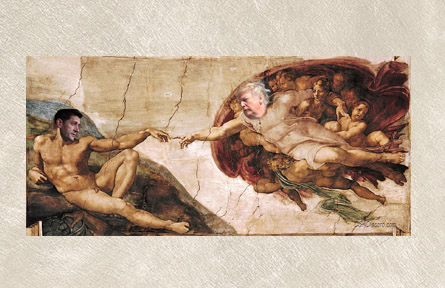 Rome, IT—Many are voicing their concern with the decision to “upgrade” Michelangelo’s work The Creation of Adam, which adorns the ceiling of Rome’s famous Sistine Chapel. The painting now depicts President Donald Trump and Speaker of the House Paul Ryan in the role of God and Adam. These changes took place shortly after the announcement of Ryan’s pending retirement. Those in Italy who really strive for a balanced budget seem happy with the move, but others are claiming the priceless work has been irreparable defaced.

END_OF_DOCUMENT_TOKEN_TO_BE_REPLACED 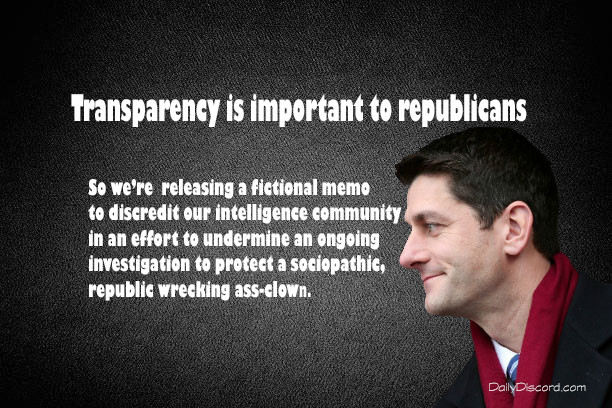 Liberals are at a huge disadvantage during a Republican scandal.

For one thing, we can’t ask what did they know and when did

they know it, because they don’t know anything. 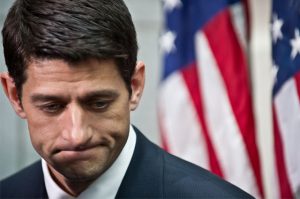 Washington—Paul Ryan is less than pleased by the premature death of Trumpcare, a healthcare system many were calling ‘irresponsible’ and ‘stupid’. Whereas Speaker Ryan remains distraught, President Trump is already shifting his focus to other things he hopes to fuck up. Ryan told the Discord today, “All I wanted to do was destroy the poor and middle class. Is that so much to ask? I had this whole bit I was going to do after it passed. I was going to say, ‘And now for something completely indifferent.’ Damn, that would have been rad.”

END_OF_DOCUMENT_TOKEN_TO_BE_REPLACED 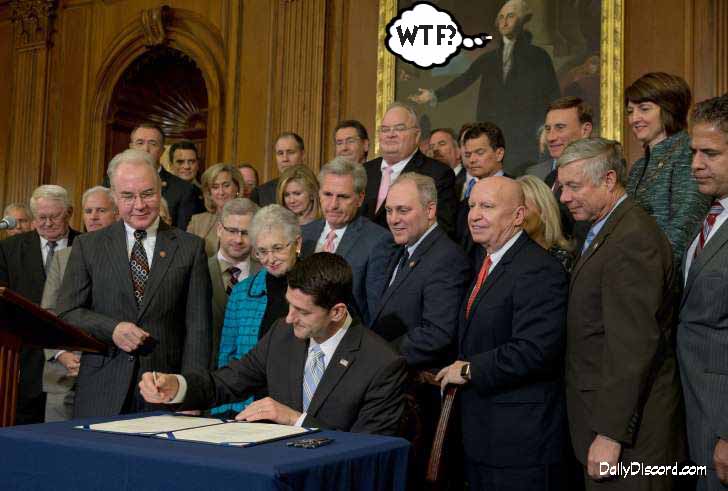 Paul Ryan signs Trump a Get Out Of Any Constitutional Amendment Free card. 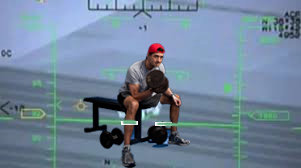 Trump Tower—Donald Trump expressed his extreme disgust with the current Speaker of the House, Paul Ryan. Trump feels betrayed by the republican establishment and is taking his ire out on one of the latest defectors in a series of vicious Tweets. The latest Tweet threatens to add Mr. Ryan to his growing drone strike list. Mr. Trump was asked about the legality of assassinating an American on American soil without due process, and The Donald replied, “I will import some soil from Mexico and when he’s standing on it, then I’ll give the order. Besides, executive orders mean I can do what I want. It’s right in the Constitution, blessed are the executive orders, or something. All the presidents have used them. Libs tend do good things with them and republicans tend to do bad things and I am running as a republican, so do the math.”