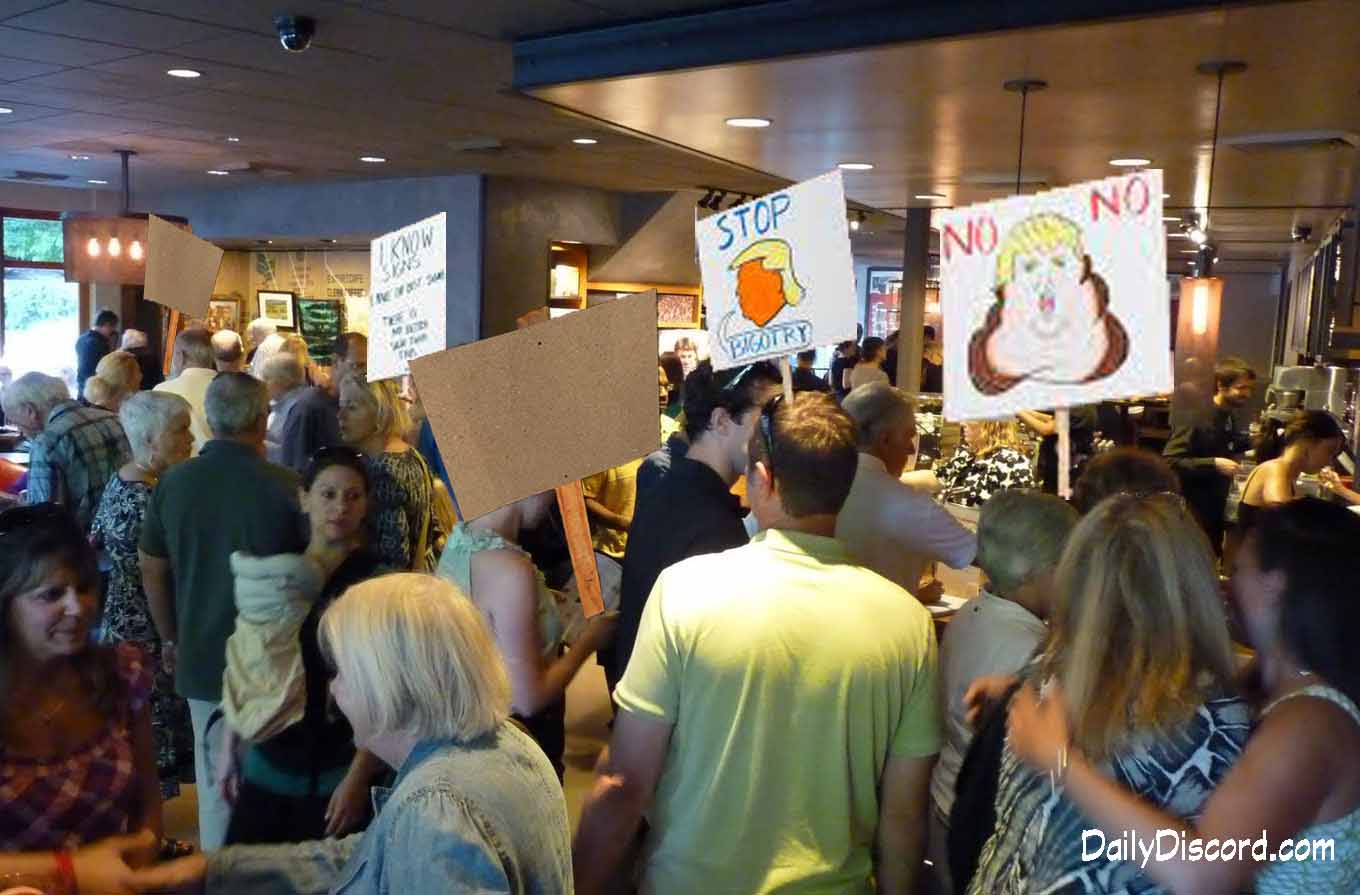 Toledo, OH—One of the designated electors for Ohio is currently trapped in a Starbucks, near the laptop bar. Tensions are mounting over Monday’s electoral college vote and nowhere is this tension more palpable than in Toledo. Jesse Smith was enjoying her triple grande salted carmel mocha at her local Starbucks when someone shouted, “Hey, she’s one of the Ohio electors for the electoral high school!” A second patron then shouted, “No, she’s one of the Ohio electors for the electoral college!” Within minutes Trump hate signs were hoisted, the crowd surrounded Mrs. Smith, and she was unable to reach the much-needed straw and napkin area.

Mrs. Smith told reporters that she would be casting her vote for Trump on Monday. “Look, we didn’t get the Russian hack intelligence-briefing, no surprise there, and it looks like Trump is at least starting to listen to his intelligence agencies. His Tweet exchanges have yet to end in a thermonuclear one, so there’s no way enough electors will jump ship at this point. Give it a rest, people. Besides, do you have any idea what Trump would do to an elector defector? Holy crap, I could be enjoying my next triple grande carmel mocha at Guantonomo Bay. They do have those there, right? What if they don’t? Should someone notify the Red Cross? Can you say “Habeas Corpus”? Trump can’t. Now, if you will excuse me, I still need a napkin before proudly casting my vote for President Ass-Clown Hitler.”

The Defense Department is confirming there is a Starbucks at Guantanamo, but it’s only a drive-through? This raises more questions than it answers.