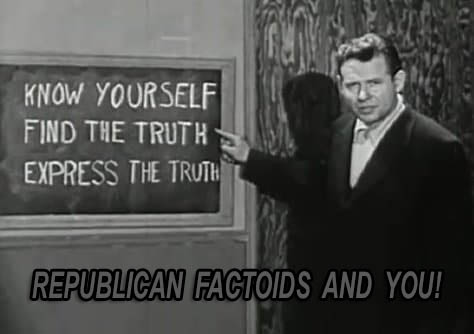 In the interest of combating online and ongoing fake news when posting on social media I started labeling all of my work either ‘opinion’ or ‘satire’. And I am suggesting my friend similarly labels his posts: Factoids Damaging To The Public Discourse. For the latest example, my friend offered his Facebook wisdom entitled: LET ME GET THIS STRAIGHT but, as most of you are aware, republicans are simply not capable of getting anything straight. They do get louder and wronger and then resort to all caps, which must be part of the ideologically-dying-process. Face it, ‘straight’ is not their forte. Were any of them handed something straight, they’d immediately jump in a centrifuge and drive Plastic Man to a gay bar in South Bend. Stick with your strengths, Poke, which today is more of a crookedy, pretzely chaos-spiral-like-thing. I almost hate to tell him that the four best ‘points’ he’s made during the pandemic can be categorized as a presidential crime, a lie, an impeachable offense, and a seditious act. Who’s going to tell him? Let’s just drop this post in the cue with a scheduled date, and back away slowly…

Pokey’s first quote: The Crime. Throughout 2020, you dismissed the doctors who treated Covid with hydroxachloraquine, and mocked anyone promoting that treatment as “ANTI-SCIENCE.” Last week the American Journal of Medicine published an article encouraging hydroxychloraquine at the onset of Covid.

I’m going to give you this one, Poke. Kidding. It’s a crime. And I called it anti-science because it was anti-science. My position hasn’t changed, but the first round of clinical studies have now concluded. If a president has a possible treatment idea for a pandemic, the field of medicine dictates he or she cites the relevant studies and then may pitch the medication when it’s officially added to the list of usages, upon completion of the clinical trials. Trump did nothing of the sort. Instead, we got some voodoo crackpot giving the green light on an off-label usage, minus any information, prior to the clinical trials, amidst some dubious kickback rumblings.

The study you cited called for clinical trials of hydroxychloroquine May of 2020. And at that time this was the information they were working with, as quoted by the same American Journal of Medicine “…clinical trials did not show significant clinical efficacy of these drugs.”

Meanwhile, Trump started peddling this stuff in March when: A. no conclusive clinical trials had occurred, and B. the medical community was concerned about heart arrhythmias.

An off-label prescribing moment is legal for the doctor, but quite illegal for our president or anyone else to promote ahead of schedule. Per the Federal Food, Drug, and Cosmetic Act, this constitutes a crime, whether the clinical trials eventually endorse the product or not.

Great example, Poke. A crime. Oh, we do need to follow the money on this one too, because there may be more than one crime here. Thanks for bringing that back into the spotlight. Do you remember when I used a crime to describe something good that Obama did? Me neither.

Pokey’s second quote: The Lie. In early 2020, you told me that it was “impossible” that the Coronavirus came from a lab, and you mocked anyone who suggested otherwise. Now we read of the mounting evidence that Covid came from a lab.

Hey, It Came From A Lab was my favorite 50s sci-fi flick! But your point is a lie. Who are these people claiming it was impossible? I’ve always pondered the origins of this earthly scourge. Kidding, it was Reagan. Are you saying all liberals are convinced China is a friend of science and humanity? Most people I’ve spoken with thought this lab creation theory was possible-to-likely. Were we ready to accuse China without evidence? Maybe not, but most people have been batshitting this around since March. Nothing posted on this blog criticizes the theory or even hazards a guess as to the viral origins, so no. Aren’t you the one always saying innocent until proven guano?

Regardless, the key takeaway of the China COVID connection was what China learned over the course of this pandemic, which is this: they can manage outbreaks through a combination of despotism and talent and the US can easily be crippled by such an event. Hell, the next sniffles might take us out. We suck. This is what I was warning about from the pandemic’s onset here on The Discord.

I’m going to give you this one too, Poke. Kidding. Why do you keep falling for this? Where do you get this stuff? Try Michael Isikoff’s related work. [Links sold separately: I prefer Jack’s Mesquite]. The Senate Intelligence Committee confirmed that Putin ordered the hack for the purpose of hurting the Clinton campaign and that Wikileaks likely knew it was aiding Russian intelligence. So, did the republican led senate lie to us too? If so, why? And I suppose Roger Stone refused to cooperate with the Feds purely on principle, right Poke? …because every Trump associate comes extra righteousness fortified?

I conducted a rather exhaustive word search here on the ‘Cord for: Seth Rich, DNC hack, Wikileaks, and for some reason autoerotic asphyxiation. My final conclusions on this one appear in this article which can be summed up as:

“There is not enough information to say Trump committed a crime, but I remain intrigued with this autoerotic thing. What’s that about?”

Fine, it’s paraphrased. Besides, we have investigated procedural wrongdoing surrounding the Russia probe until the cows come home and:

News flash: one cow has already moved to the recliner and is ordering Grubhub.

I know, I know …they’re in on it too, right Poke? It must be so easy to weave this nonsense when it’s so completely devoid of any meaning or relevance. Meanwhile, here’s the exciting Spygate findings update:

Drum roll: one dude got probation for document-tampering.

Even if what you say is true—ha ha ha, that one never gets old. Anyway, the shady manner in which our colluder in chief responded to this hacking situation, real or imagined, during a public rally, remains the story. Again, you missed the only obvious takeaway. Kidding, you’ve missed several.

Q-Translation: If I assault and attempt to rob you in an alley under the pretense you have some cash, but you had nothing on you, then it’s not a crime because nothing of value was ever stolen.

This marks an impeachable offense, and you are the hack here, not Seth Rich.

Pokey’s last quote: The Sedition. Please, I’d love to know what you think about the 2020 election.

OK. Joe Biden won. But, here’s what I also think: you have the right to speak on social forums, but your work needs to be labeled accordingly. Please refer to the headline of this article.

Pokey, Pokey, it’s downright dangerous for a 2021 conservative to even approach the truth at this point. Please be aware that you could trigger a political quantum event, radical tachyons dressing loudly, dogs and quarks, living together, zero-mass hysteria.

It’s probably best to just hunker down and wait for the next Qdroppings or Bison-shaman dispatch. In the end, your four comments represent a lie, a crime, an impeachable offense, and seditious-friendly comment. Keep up the good work, Poke, but just remember to add that label to your posts. You’ve earned it.