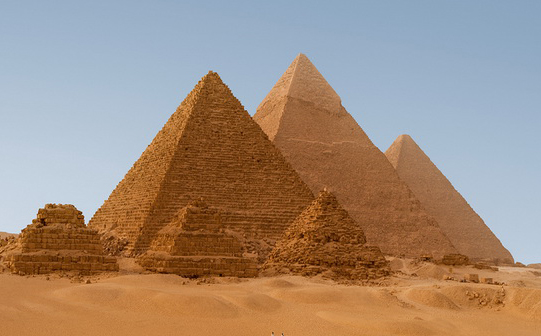 When asked about what the Mayans actually did, the Governor grew quiet, “Well, we’ll find out after we build the pyramids. I’m hoping for a star gate, preferably to some place with water.”

Republicans are fighting the pyramid initiative citing budgetary concerns. They are also reasonably sure the aliens are not U.S. citizens and should probably be bombed. The Obama Administration is waylaying fears by explaining how many of the pyramids will be equipped to shoot lasers at ISIS and the largest pyramid will be a burial chamber dedicated to the great Lord Reagan.

Since Las Vegas is likely to run out of water as well, Sin City feels like they are already ahead of the game. “We already have the Luxor,” said Donald Trump. “And we can always knock down the Excalibur to build another one if need be. Whatever our alien overlords want, just so long as they gamble.”