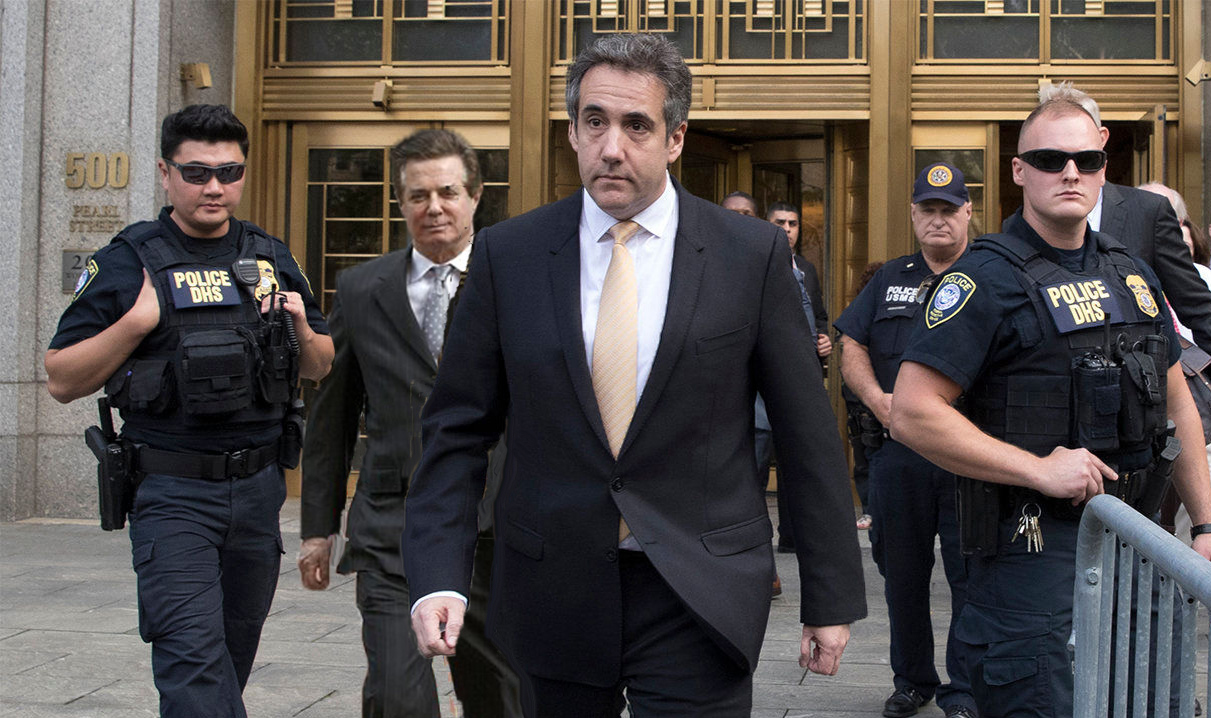 Tweet Tower—With the coronavirus ravaging our prison system, the WH, in conjunction with the DOJ, reasoned it would be safer if Trump’s personal lawyer, Michael Cohen, and his former campaign manager, Paul Manafort, returned safely into the fold. Critics claim this is further proof of the president’s cronyism or an attempt to derail their tell-all-books slated for publication. The WH is already calling this ‘Fake Books’ and pointed to the absurdity of someone in Trump’s inner-circle having the ability to read and/or write. President Trump said, “Don’t worry, every day I’ll make them pee in a cup. Not sure why, but Putin says if I send both pee tapes to him, he’ll send the original video of mine back to pee …to me.”

President Trump went on to say, “It’s about time something positive came from this COVEFE crap. Consider it a form of community service. They all do the same old shady shit for me, but now I don’t even have to pay them! And they’re happy. Believe me, they’re happy!! Very thankful. It’s winning-winning and another perfect phonecall. With their help, we’re going to get the syndicate, er, I mean the administration rolling again. They are going to be crucial to my rollout of Operation: Go Buy Shit While Only Breathing In. And, don’t worry, there’s going to be plenty of testing too. Some people say I have untreated syphilis, which is eating away at my brain as we speak; we’re going to test for that.”