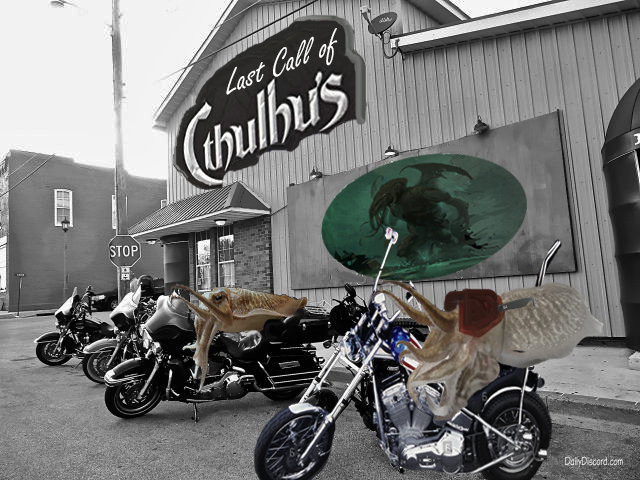 Dunwich, HP—The popular watering hole Last Call of Cthulhu’s is closing its portal forever after serving the greater Innsmouth area for nearly forty beers. The popular pub was known for its well drink specials such as: At The Mojitos of Madness, the Corpse Reviver XL, and their best seller, a not so basic Gin & Cthonic. The owner, an evil clergyman named Bob, only said, “It’s time,” and abruptly ended the interview by gauging out his own eyeballs before screaming his way into the sub basement. One patron said, “I liked when they played Thirsty Thresholds: anyone not dragged into the nether realms and devoured drank free! And on Mondays the first thing over the door step got half off their home brew, The Lurking Beer.” Despite the outpouring of nostalgia for the creepy place, Yelp reviews were always kind of hit and mythos.

Not all of the views of the establishment were positive as some neighbors complained about the constant screams in the night. Emma Dunken said, “I’m glad to see it go, what with all those unGodly things slithering inner and outer there all night: the Old Ones, the Great Ones, the Deep Ones, and especially those unruly Drunk Ones!” Charles Dexter Ward Jr. added, “Frankly, the place always seemed a bit too eldritch for my taste.”