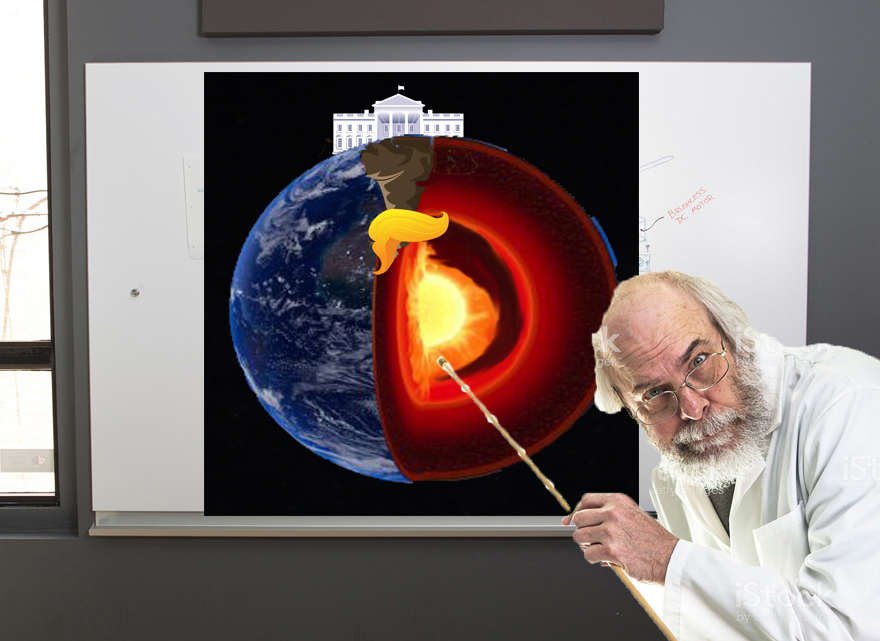 Washington, DC—At least one scientist believes the current Trump impeachment scenario could imperil the entire planet and is therefore sounding the alarm. Dr. Sterling Hogbein, of the Hogbein Institute and Lube, said, “This week’s hearings strike at the very core of Trump’s ego, which, if ruptured, is large enough to melt straight through to the Earth’s core. The president’s ego is supersized, so if it were a star its death throes would create a black hole; if it were a wave it would form a MAGA-tsunami, and were it a late night McDonald’s order, it would come with a very, very large coke and fries.”

Critics of the theory claim it’s not supported by scientific research, but, off the record, some scientists admit they don’t really know what might happen when an ego of this magnitude takes such a public proverbial shit. Some are not ruling out the possible scenario wherein a heat spike from Trump’s collapsing ego could trigger an unstoppable fusion reaction.

Authorities fear the president could use the trench created by his own imploding ego to escape through a wormhole moments before the planet “goes the full Alderaan.”