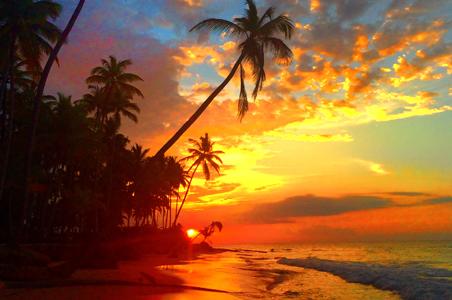 Punta Cana, DR—The Democratic National Committee has offered what is being called a “good faith gesture” to the president and his senior staffers today. The DNC purchased an all expense paid week of “sun and fun in the Dominican Republic” for the Trump crime family. In the wake of recent events on the ill-fated island, many conservative pundits are crying foul. For some the timing, which comes at the heels of a series of mysterious deaths of several guests at the very same resort, is not a coincidence. The head of the DNC Tom Perez is denying any wrongdoing: “As a fiscally responsible party, we liberals are always motivated to find the best exotic deals, even if such savings are associated with a known death trap *cough*, I mean Caribbean paradise.”

President Trump has no intention of partaking in the itinerary and the incident set off a slew of angry tweets. “Chuck and Nancy are behind this! And you know how that movie ends, with an overdose. I have my own resort, the best resort!! With the best chocolate cake! All FREE!!! So why would I want to spend a week in cheap ass Mar-A-Shithole?! #IHaitiTheDR.

Sean Hannity believes the DNC has created a fictional brochure, complete with images of decadent chocolate cake, McDonalds entrees, and Russian prostitutes for the purpose of luring the president into danger and scandal. “There’s a lewd leftist leaflet blanketing the beltway and encircling this president and his pants.”

Hannity then claimed the treasonous brochure is filled, “Not with a pack, but rather a gaggle of lies.” The Fox News anchor also claims the bogus brochure was funded by presidential hopeful, Joe Biden. Hannity then listed the Enemies of the State, which included: Joe Biden, Hillary Clinton, Robert Mueller, Tom Perez, Nancy Pelosi, Peter Sztrok, Lisa Page, and “all those people at Kinkos who aided and abetted these rogue democrats in the distribution of this phony vacation flyer.”

Hannity then spent the next few segments of his show trying to tie the brochure to Fusion GPS, the Clinton Foundation, Christopher Steele, Remington Steele, the man of steel, the cast of Blue Steel, and Shirley MacLaine’s character from Steel Magnolias.

Glenn Beck later called the connections “a stretch” and offered to lend him his chalkboard next time.