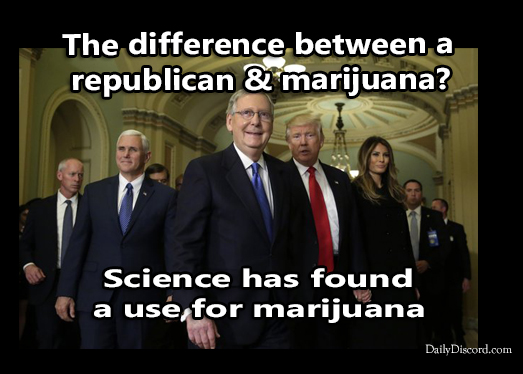 Maybe this wasn’t the best tagline to support someone’s right to choose, but it’s certainly fits the bill for today’s GOP, doesn’t it? No, this is not an article about abortion rights. Today I’m contemplating the disturbing rise of populism and if there’s still time to do anything about it. My blogvesary has been goading me into an abortion debate for a long time to which I will only say this: the mother should have the right to an abortion in cases when a child is at clear risk of becoming a registered Republican. Sorry, I don’t think men get to have this debate. We don’t have the equipment and we tend to be jerks (or 0 for 2 …you know, like your last two presidents). Facing overpopulation and potential extinction maybe our steadily decreasing abortion rates shouldn’t be our biggest concern in 2020. What concerns me is the uncanny ability of our conservative friends to weaponize such religiously-charged issues to bolster their ongoing/confounding relevance and electoral successes—successes that, not only fly in the face of logic, but cause other unseemly things to happen to said logical face.

Come on world, why are we unraveling all the more impressive aspects of western civilization? I’m talking about the cancellation of Travelers on Netflix. What were you thinking? Spoiler Alert: they’re cancelling Travelers on Netflix. But today I’m sitting in my favorite coffee shop mulling the disturbing rise of populism and the U.S.’s somewhat shittier version, aka Banana Republicanism. I diagnosed The GOP with a personality disorder almost a decade ago, and now some would argue that it’s just a coincidence that their leader suffers from the same affliction. I am a Carl Jung fan who doesn’t believe in coincidences …which is just a coincidence.

As covered by my previous rantings, the alternate Republican reality is fully-formed and their Avatard is complete (see: the phrase I recently coined, Apluts, which is the exact opposite of the collective thought-form). Somehow open tyranny has been twisted into the best kind of freedom.

Here’s an update on our resident alt-reality courtesy of the Washington Post:

“The whole point is to wield this kind of absurdity as an instrument of power. It’s to use an alternate reality to supplant and extinguish good faith efforts to discern actual reality — to blot out the possibility of shared agreement on facts that are in front of all our noses through the sheer insistence that the alternate reality is supreme. The alt-reality doesn’t have to be proved as the true one; just established as the dominant one.”

May the loudest delusion win! Over the years I’ve harped on this shit and today it’s not only impacting our world, but our Netflix time travel series. Travelers …really? Hulu, if you’re listening, pick up Travelers …and, to keep with the premise, do it a year or two ago.

In the wake of what’s happening with elections today in Australia, Europe, India, the UK and beyond, it’s hard to stay optimistic. Freedom is on the retreat in the West, but I refuse to throw in the white towel just yet (the only one I can find has these eye-holes cut out of it). For all the fears and unknowns associated with the rise of globalism, retreating into fortified borders, heightened suspicions and this pervasive pattern of hatred is not the answer. In the wake of humanity’s daunting environmental shelf-life, there’s no excuse for rejecting unity, collective progress, and the striving for mutual goals in favor of a myopic eschatological populism. Don’t worry, I don’t know what that means either. But it’s not all bleak, folks, Netflix is not ruling out an Ash vs Evil Dead season four.

[Retraction: they’re cancelling that too! Necronomigon? ]

And another Zano pressure point, polarization, is worsening across the board. Think of it like a zeitgeist zipper, forever splitting those liberal veganese tree-huggers from the fundamental vulture capitalists. Dear Ken Wilber and Jean Gebser: how do we bridge the gap between the coal baron wannabes and the mindfulness yoga types? Answer: We.Don’t. It’s just as well, because that would be the worst zombie film ever. On a good note, I’m in negotiations with Netflix for a related series (…shit. It has already been cancelled).

The juxtaposition of Trump’s empty D-Day speech last week was jarring. Trump will soon wish for his own D-day, but only because he’s heading for a historic F minus. The irony of a tyrant populist talking about WWII didn’t go unnoticed by any of those European leader types, but offering subtle hints and gifts to an oppositionally defiant man-child was a wasted gesture (see: the Mueller Report). We need to stop mincing words, folks, that’s the president’s job. Let’s start calling a spade a spade.

Yeah, liberals suck too. I love when Republicans accuse liberals of group-think when half the country will never deviate from any given Fox News talking point and no two liberals can’t agree what Rachel Maddow should do to break up the whole long-neck giraffe thing.

Under Republican presidents we have catastrophe on speed-dial, but that won’t stop our more progressive friends from not rallying around the ultimate nomination. Group-think… you’re doing it wrong. Meanwhile, shady business dealings are waxing as social programs are waning, our influence in the world wanes as the threat of unnecessary war waxes—not to mention upward mobility manages to go from nonexistent to worse.

For Europe the same populist ilk voted for Brexit, which from day one I predicted would be hard on the EU and worse on the UK. Or, my joke shortly after Theresa May assumed command:

The U.S. economy is booming, sure, but when will a Republican president ever hand a booming economy back? In their defense, they never stood a chance. Dubya was functioning on a high school level of consciousness, then came a vice presidential candidate on the McCain ticket operating on a middle school level, and now our current commander in chief is functioning at the, well, replace the word ‘functioning’ with ‘toddler-suffering-from syphilis’ level.

[What came first the chicks or the schmeg? joke sanitized by employees of the Moscow Ritz Carlton.]

For a great recap on Republican economic misdeeds check out this week’s Waldman article on the grandfather of trickle down, Arthur Laffer. A clown president and an economist named Laffer? Fake News never stood a chance. For those still espousing how Both Parties Suck, uh, only one party excels in that area. If it’s a good cop/bad cop scenario, I keep asking why anyone still elects bad cop? No, I don’t want a coffee, officer, but can you please bring back the fella who keeps punching me in the face?

We can’t allow conservatives to continue to choose lies over facts, entertainers over journalists, war over peace, fossil fuels over green energies, pollution over conservation, bears over bulls, and mysticism over science. How long can we give them a pass, or move them to the next grade level just for showing up? Who knew that Bush’s No Child Left Behind plan would apply to their next president?

Bears over Bulls, Zano? The economy is doing fine, so doesn’t Trump deserve some credit?

He certainly does, in fact, he should get all the Deutsche Bank credit in the world. Wait, I’m being told that’s already happened.  Look, if I’m wrong… 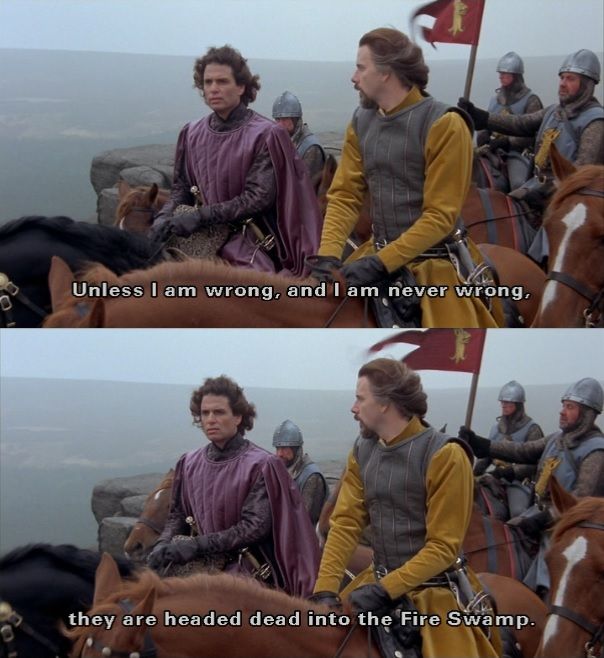 The fundamentals of the economy are sound …right. Yeah, we’ve all heard that one before. If, and the operative word is if, these last Obama scraps of GDP kibble aren’t sliding off the table to be fed to the dogs of war then Trump deserves some Cujos …and some of those other war pups.

[The editor was hounded to remove the Cerberus, Anubis and Hound of the Baskervilles joke. And don’t even get me started on the wag the joke joke]

On cue, our fighting Foxeteers have hatched their next mega-fake scandal: Biden, the biggest political threat, is part of the deep state conspiracy against Trump.

Did Biden make the bleach-bot that scrubbed Hillary’s email server in his basement?

Was our former VP the one who stopped Hillary from acting during the Benghazi embassy attack?

Did Biden introduce Agents Lisa Page and Peter Strzok at the White House holiday party? Was he also the one who refused to call it a Christmas party in the first place?

Was Biden behind Hillary, behind Global GPS, behind Christopher Steele on the publishing of the dirty dossier?

I would like to see Obama pull 1% of the shit Trump has and avoid impeachment proceedings.

And I don’t want to return to Iran again, but apparently our military does *sigh*. It’s just all so predictable. I’m not anti-American, but I certainly have become wildly disillusioned over the last two decades. I demand that my country functions at least at an average level of intelligence, aka 90 IQ or above. Hint of the day: for 11 years of my adult life that has not happened. The world needs real leadership at this crucial juncture in history and, sorry: We.Are.Not.It. Hell, Mr. Tortured logic himself, John Yoo, believes Trump and Barr have brought us to the shores of a constitutional crisis. Remember the last two such crises? They occurred under Dubya. Do you see a pattern here? Of course not, you’re Republicans. I know, I know, you had your own version of a constitutional crisis from back in the day: 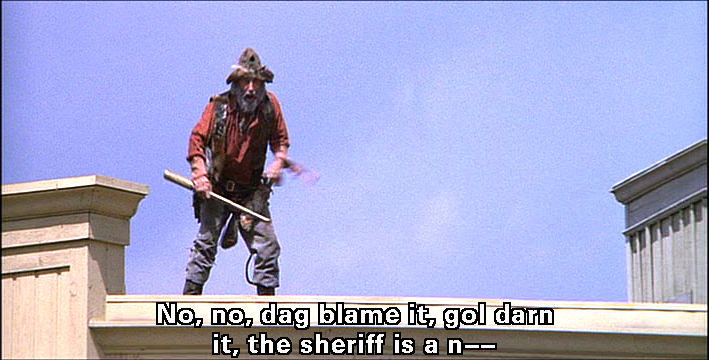 Under Trump’s reign, whatever secrets the U.S. had, strategic, technological or otherwise, will be sold to the highest bidder. The best chance we have, as I have said all along, is that many still refuse to acquiesce to his presidency. Today we find the president is not being briefed at all on anti-Russian cyber-security issues, because the intelligence community still deems him a threat, here. What next Republicans? How about lamp-post and unaborted rape fetus 2020! You people are painfully predictable. There are still some resistors, but Mueller had the shot at the Death Star and decided to go all Rogue None.

Sorry, kids, whatever collective future we had is lost. Wait, I’m being told Netflix already cancelled Lost as well. Ten years ago? Damn. Wow, I’m still trying to wrap up season three of Gilligan’s Island. Could you imagine the hurdles the professor would have today? What do you mean the island is sinking, professor? Maybe God is just crying more this year. And, to answer your next question: Mary Ann.

Today the dollar grows weaker as this ongoing tariff abuse is causing even our European allies to float a new currency proposal designed to bypass the dollar. This is also something I predicted, but I didn’t think it would be initiated by the EU. Damn. Now, everyone of any relevance is officially open to the idea of giving the dollar the boot. CNN’s Fareed Zakaria has called this development a “canary in the coal mine” moment.

Do I have time to discuss mass extinction and the demise of mankind? I am being told, “no”, by our resident Nancy “Winslow” Reagan.

For those who believe in math, Republicans remain the more needy species. Statistically they preside over the poorest states, they have more abortions, need more bailouts, declare more bankruptcies and lean more heavily on social programs in general. So we liberal folks have the compassion and forethought to create all these programs and safety nets for the same heartless fuckers who tend to rely on them the most. Nice, really nice. But could someone in charge of the doomsday clock please click that shit another minute toward midnight?  Shit’s about to get real …bad.