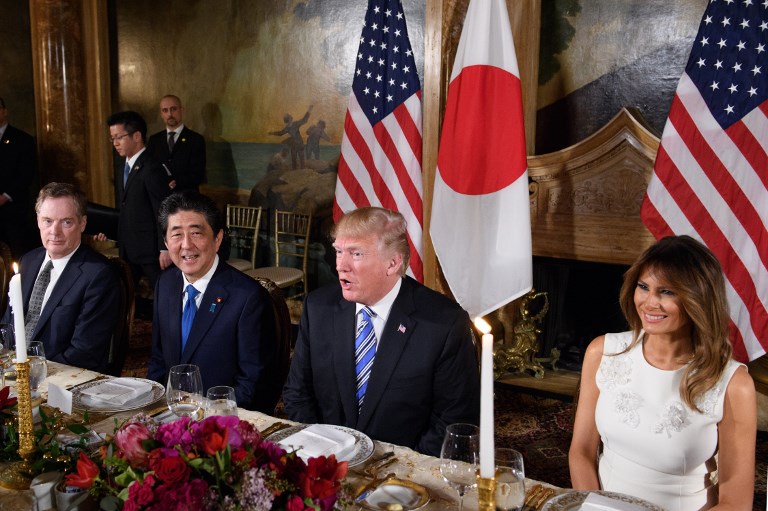 Tokyo, Japan—The state visit to Japan was going relatively smoothly this week until President Trump attempted to order a 100-year-old Egg McMuffin at dinner. His unusual request was met with some confused stares by the servers and wait staff. After several awkward moments the president tried to clarify his request, “It’s like a really old breakfast hamberder.” The Prime Minister of Japan, Shinzo Abe, finally explained the Century Egg is actually a Chinese delicacy and has no connection to the U.S. fast food franchise whatsoever. Melania then joked, “Your Chinese Egg McMuffin will be cold, Donald, by the time it gets to America, what with the trade wars, tariffs and all.”

President Trump seemed incensed by the remark, and responded, “Why would I need to order an old one back home when I can get a fresh one anywhere in the United States until 11AM? This is Tokyo, they have a McDonald’s. My name is in the name of my favorite restaurant, so why didn’t anyone put two and two together on this one?”

The next morning President Trump requested a tour of “all the places where you people got your asses kicked in WWII,” and he then wanted to see all the latest defensive fortifications in place to prevent the next Godzilla attack. “You know he’s coming, right? I just saw the previews. Do you still have those trucks with the big radar dishes on them that shoot electricity?” Before the Prime Minister could respond, he added, “You do know that Godzilla feeds off electricity, right? I mean the tanks and those radar thingies never work. They say the definition of insanity is to, uh, to uh, don’t use those radar dish thingies. Look, you need to take care of this little problem, Abe. I’m counting on you. If you want to buy some bombs and stuff for the job, you let me know. We still have a few items left after the Saudi Memorial Day sale, but, boy, they wiped us out! Good American jobs to help arm the more business friendly terrorist groups. Kidding, we’ll sell to anybody. But we still have some good bombs. Big bombs. The best bombs! You probably already know that.”