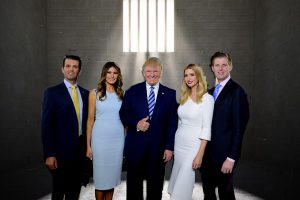 My friend is still fighting the good fight by further enabling our criminal in chief. To put his blind allegiance into perspective, even Tucker Carlson and Ann Coulter have recently distanced themselves from our president. Sometimes it seems like Sean Hannity and my blogvesary are the last two stalwart Trumpian defenders. Guardians of the Fallacy? He thinks he’s fighting for everyone unjustly oppressed by our legal system, yet he supported all 7 Benghazi investigations and ignored all the really egregious stuff over the last twenty years. He’s ironically questioning authority, but failing to question authoritarianism. Since Trump’s coronation there’s been a certain lurking inevitability of scandal and costly missteps that our conservative friends are either blatantly misinterpreting or willfully ignoring. Their argument? Thus far Trump is being thwarted when he attempts to test our checks and balances. I’m sure if things were reversed they’d be ‘real comfortable’ with Obama trying this shit, ha! I had bet good money that massive scandals would surface rather quickly for ass-clown, so why the surprised face? Instead of covering the potential demise of our republic, Fox & Frauds would rather continue to investigate the Clinton Foundation. Obsessive Repulsive Disorder? You’re not exposing my hypocrisy, Pokey, but displaying your own.

My friend recently said, “If you investigate someone this much you’re bound to find something (paraphrased).” In his world a very obvious investigation into the illegal and endless grifts and cons of our president needs to stop, so we can get back to harassing an unemployed woman. His quote actually describes what happened to the Clintons, not the Bushes or the Trumps.

Sure our president is innocent until subpoenaed, but after that he’s a felon. You’re still forever dwelling in this perpetual Twiright Zone, Poke, this liminal political land between today and the release of the Mueller report. Without further adieu, here’s my response to Pokey’s response to my article Trump’s Annulment And The Aiding And Abetting Of A Known Felon:

Pokey: You’re just throwing terms around, Zano. I mean, what actions has Trump engaged in that has violated an actual statute?

Pokey: Here’s why your side’s perspective has no credibility, because of these Standard Democratic Assertions (SDA): “Donald Trump and Brett Kavanaugh are known sex offenders.” But when asked about Bill Clinton, to whom much more concrete evidence has been shown for much more serious accusations, the standard Democratic assertion is to ignore, claim that it’s “irrelevant,” claim it’s a “hoax,” or change the subject.

Zano: We found the problem! Being a keen political prognosticator over the last two decades actually reduces one’s credibility and screwing the pooch on issue after issue and administration after administration somehow builds it. 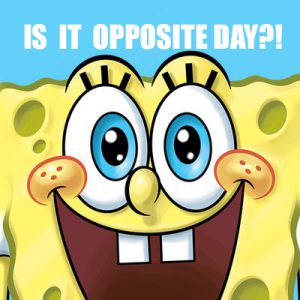 To my friend’s credit he recently guessed how more asylum seekers would be arriving at the border from points south than many predicted. This restores my faith in my ratio, namely how republicans are right 1 in 10 times. I was beginning to wonder; it’s been a while. As for my answer, I don’t want to repeat myself. I don’t want to repeat myself …unless it’s a joke, unless it’s a joke.

The Trump stuff is not worth the response. I’m not dodging the question but with 17 investigations in process and almost all of them pointing to some culpability, this becomes an absurd question. As for the latest on Kavanaugh news: The 83 ethics claims filed against Brett Kavanaugh that cannot be processed underscore what SCOTUS lost this year. I can see overlooking 75, but 83 ethics violations? Ha! He’s a creep, but that’s part of the prerequisite to remaining a republican these days, isn’t it? You would have had have sold your soul long ago.

Pokey: The SDA or Standard Democratic Assertion: “Donald Trump colluded with the Russians.” When asked about Bill Clinton giving a speech in Moscow which earned him 500,000 dollars that was traced to the Russian government, all while his wife was Secretary of State. The standard Democratic Discord response is to ignore the facts, claim them to be “irrelevant” or a “hoax,” and change the subject.

Zano: Apples and Orangutans. If Clinton, Trump, Bush, Oprah, or Kanye made some money for a speech anywhere, even with some conflicts, politics and bad optics, unless there’s some quid pro quo that hurts our country this affront reaches somewhere between a 0 and a 2 on the Richter scale (depending on the details). Nothing you have talked about over twenty years has gone over a 2 and none of mine are generally under a 7. I realize conservatives are not numbers people, but attempted collusion with Russia (which I believe is already proven) reaches a 7 out of 10, and if a quid pro quo is discovered, aka Trump colluded with Russia to win the presidency, that reaches a Spinal Tapian 11.

Republican translation  =  Scandal investigations are for Dems only and must be 2 or lower out of 10.

Again, my friend doesn’t realize he’s actually citing the very strategy republicans have used to slander the Clintons. In fact, this is why we have to deal with a toddler in chief:

1.) Invent 90% of the criticism surrounding Billary (from White Water to Travelgate)

2.) Perpetuate this propagandic Foxal matter (PFM) on a network prone to ‘discourse damaging to the public.’

3.) Magnify the remaining kernels of truth in their endless echochamber of evil.

I have always said the Clintons are about the shadiest Dems around, but their actual wrongdoing over their approximately 80 years of combined service to the country only reaches a ‘meh’ level. If they are really guilty of all this stuff, try proving it during one of your endless republican-led investigations. Meanwhile, the right completely ignores how our current president has zero service to anyone but himself and has committed worse atrocities in the time it took me to Photoshop four words over SpongeBob Squarepants.

Pokey: SDA: Trump is a racist who refused to denounce David Duke. When asked about the Clinton friendship with KKK grandmaster Robert Byrd, including attending his funeral, and eulogizing him, the standard response ignore, claim “irrelevancy” or “hoax,” or change the subject.

Zano: The needle is forever shifting toward less tolerance toward the intolerant, but I am not one to blame former generations, R or D, especially the further one goes back in time (thus my position on civil war statues). We also discussed the bigotry line historically runs more Mason Dixon line than R & D, here. Case in point a very old man who Bill Clinton (AR-D) knows from his sweet home near Alabama is more likely to be old school, so to speak. Whereas Bill Clinton does not appear to be a bigot in any of his actions or deeds, he did eulogize someone who earlier in his life clearly was. In another of the many attempts at a false equivalency, Clinton V Trump, Trump is a man who is clearly a bigot today …in the oval office …running the free world. See the difference? Probably not.

Zano: …unless it’s a joke. Unless it’s a joke. By endlessly repeating the five things liberals botched in the last two decades it does not absolve republicans of their wide array of republic-bending, constitution wrecking felonies and war crimes. It also doesn’t change the fact we investigated this shit, to death, and discovered only how republicans should probably find a hobby. But, by all means, list them again. I’ll even help!

Doesn’t it bother you that if I attempted to list the republican’s main atrocities over that same time period I would need to notify our administrator and pay WordPress higher memory usage and storage fees? Hell, more than half of these supposed Democratic affronts to humanity aren’t even mistakes! An estimated 97% of the country kept their own doctor, no misconduct was ever found regarding Benghazi, and who the hell wanted to lose another war in the Middle East? Oh wait: 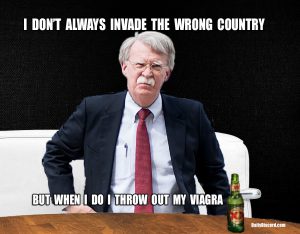 John Bolton just lost his argument with the president on Syria, but I have the utmost confidence in this warmonger’s ability to F things up on the foreign policy front. Know dope? Another prediction, this image will sadly appear on the Discord’s main page at some point. Wag the Blog?

Meanwhile, left wing mistakes can be summarized as Drunk Former President Stumbles Onto Wrong Plane After Wife Adopts Colin Powell’s Private Server Setup. This is actually rather impressive. I can fit liberal wrongdoings into an headline. In fact, I’m moving my C rating of the Dems to a B -. Strong investigative work, Poke!

Pokey: SDA: assert how Trump’s charity is corrupt. I will save my comments on the Clinton Foundation for future featured article.

Zano: I will sit patiently by the comment approval tab *cough*. I’m sure it will rise to the same journalistic standards as your work on Bride of a Gay Wedding Cake or Uranium One Meets Pizzagate. Hey, maybe you could collaborate with Alex Jones on it, what with so few like-minded people left.

Oh, and I see your Further Crimes Against The Clinton Foundation article and raise you Here’s What Pokey Was Going On About Right Up Until The Demise Of Our Republic. Even if you find something on the Clintons, why the endless obsession/meaningless tangent at such a critical juncture? Inquiring minds want to know.

You need to ask yourself, did you come to this faulty vendetta all by your lonesome or did you have help? James Fallows asked a question this week: “Who has been turned into something worse by Donald Trump? Who was that way all along?” And then there’s still my question from election day, “Who are the greedy republicans and who are the ignorant ones?” How can you talk of credibility without remotely even understanding the actual score at the end of 2018? And as for your recent question about obstruction of justice, I think I’ll keep this new tradition of ending with:

And here’s what’s happening right now while my friend is still investigating Benghazi:

“Trump pressed Whitaker (AG) on why more wasn’t being done to control prosecutors in New York who brought the charges in the first place.”

Can you spell obstruction? Your president probably can’t.