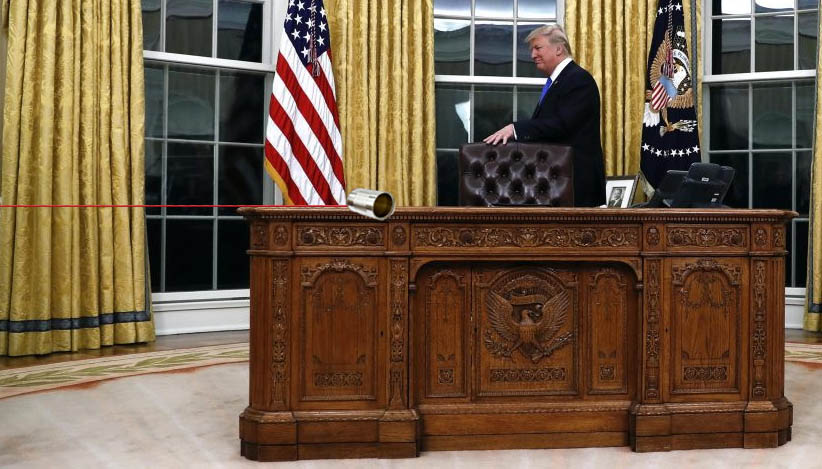 Tweet Tower—President Trump announced the discovery of a very suspicious tin can with a string attached to it in the White House. The can, which the president believes is some type of listening device, was found on his desk in the Oval Office. Perhaps even more disturbing, a string connected to the can disappears into a nearby wall. Those closest to the president believe this incident has only stoked his paranoia. Many in the White House theorize there’s another cup at the end of that string, a cup that many believe rests at the very heart of the deep state.

President Trump said, “I spoke into the cup and no one answered, but I swear I heard breathing. Remember Deep Throat? This is Deep Breath. This string could lead to Mueller’s office, to Rosenstein’s, to Avenatti’s. Hell, it might even lead to Session’s office. This is proof-positive that people are illegally eavesdropping on me and my cabinet. Speaking of my cabinet, there’s a suspicious looking device in that bust of Kennedy. Oh, and the eyes on that George Washington painting kind of follow you around the room, creepy. But I have General Kelly buying up breakfast cereals so I can get a hold of a decoder ring. That will help decipher these shenanigans. Remember sea monkeys? Those were cool. I hope he gets me some sea monkeys too.”