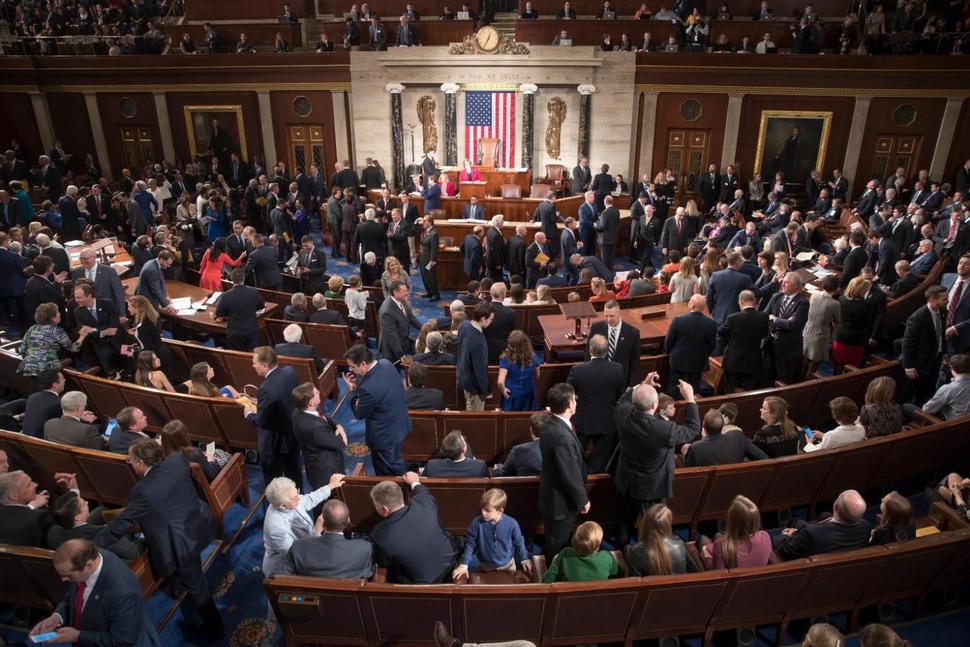 Washington, DC—In an effort to stabilize a political ecosystem that many in Washington are calling “completely F-d up”, environmentalists released 47 stable Republican politicians into Congress this week. Jake Green of the Capitol Re-Acclimation Project explains, “By releasing semi-coherent individuals into both the Senate and the House, the hope is that things might actually return to the baseline of greed and incompetence normally associated with beltway politics. All of these politicians have been tagged and we will be monitoring both their movements as well as their legislative progress. We just hope they don’t eat their young, again.”

When asked about the constitutionality of such a move, Mr. Green said, “That is one of the advantages of the whole ‘no one is really steering this ship‘ thing. As long as you treat the 2nd Amendment like the third rail, the rest of the Constitution is really up for grabs and, frankly, has been under Republican leadership for a very long time. In this environment of low-neurons and high-chaos, you can get away with legislative murder. By releasing sane people into the capitol building mix, we’re hoping it will eventually have a positive impact on the entire legislative herd …well, again, if they don’t eat their young.”

The Freedom Caucus faction of the Republican party seems the most angered by the sudden influx of sanity and what they are calling “an ill-conceived shift toward reasonableness.” Congressman John Q. Republican said, “We do not need real American values watered down by people who can both walk and chew gum. This is an affront to the slack-jawed yokels that I, and many of my colleagues, represent.”