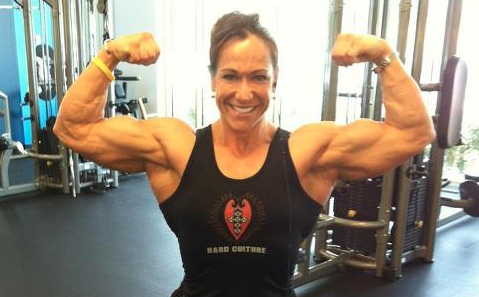 WARNING: This is the first in a series of 800. What if women were on average twice as strong as men? First off, I should point out why women aren’t currently twice as strong as men. You might think it is so men will be more attracted to them, but you would be wrong. It’s because if they were stronger than us they would have killed off all the men and the species would have gone extinct a long time ago. I think having an incredibly strong woman around might make some things happen more quickly. “I’m going to make a garden, damn it!” A day of gardening would suddenly involve a woman tearing out whole trees and tossing them over a wall. “You, get me some seeds! Right now!”

Whether they are stronger or not, women and men look at the beginning of relationships very differently. I think woman really believe there is a perfect man out there, who will be her knight in shining armor and all that. Once she finds said knight they will really be able to live happily ever after. Me on the other hand, I am more like, wow, this woman is great! We really seem to be clicking. It might be a whole year before she is texting all my friends telling them what an asshole I am.

Besides this normal friction, things seem to be getting harder for both men and women to get and stay together these days. A young college student just had attempted rape charges pressed against him for trying to kiss a girl. Going to be damn hard for the sexes to get together if we aren’t even allowed to try. Woman tend to like romance, but frankly I can’t think of anything that would kill the moment more than whipping out a pre-kiss consent form. Hell, women were pissed when pre-nups showed up in the mix. Soon we’ll have to walk over to women without opening our mouths and just have a big form asking whether or not we can approach and speak.

Check yes or no and if we men don’t even have a chance to open with a joke or a complement you know what box is going to be checked. Or perhaps we’ll just be sliding our credit report over to them and waiting for the nod. If women were stronger than men, would they rape us? It’s a fair question, but I don’t think they would. They sure as hell would make us sit and listen to why they are mad at us.

“But I meant I really need to go to the bathroom, I’ve been listening to you for five hours.”

What else would happen if women were stronger than men? Well, for one thing they would make suitcases bigger. Could you imagine how much the average woman would pack for a trip if she could lift a two-hundred pound suitcase? But you know they would still ask men to carry everything. We’d probably have a lot of well-behaved kids too, because mom wouldn’t be using a spoon on your ass anymore, she’d be whacking you with a stop sign.

Lastly, if women were wicked pissa strong, men would have to be careful not to come too quickly, or, well …snip.

You can get more laughs here.