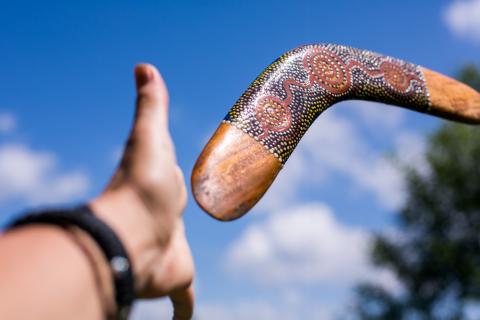 The R-meme-rebound is a real thing. You come up with an idea or that ‘aha’ moment emerges, in witty form, so you share your well-crafted meme on social media. Then you can set your watch to see how long it takes that same, yet opposite sentiment to swing back around the political horn. This occurs after its lovingly repackaged by MAGA trolls, of course …you know, those same folks who think Grammarly is a communist plot to overthrow sentence structure. Typically, they just switch the Rs to Ds or Trumps to Bidens and then publish. Good work if you can get it. And it’s not just memes, this trend also occurs amidst rightwing journalism, or what’s left of it. On my ride down to Tucson last weekend, I caught some lovely AM radio and was struck by the ongoing conservative tendency to pay it backward. This isn’t some new tactic but, seeing as how I don’t watch Fox anymore, it’s great to take the pulse of our brain-activityless brethren once in a while. Somewhere south of Nacho Grande I was amazed to hear the phrase Biden crime family bandied about. The Biden crime family? Roll that one around in your mouth for a while. I was among the first to go with a Trump crime family theme here on The Discord, but only because Trump was already a well-established mob boss with a crime family in tow. In a related move, all politicians excel at naming bills after the diametrical opposite of their intent; the Patriot Act comes to mind, or a Save America Rally, or Right to Work, which translates as: here comes the HR guy with the box for your stuff. Yikes. On that note, I lost so many jobs recently I believe it’s inversely impacting Biden’s jobless numbers. Just say’n.

To explore this theme further, I chose to visit Trump Rules, an opposition FB group that had the wherewithal to allow me to join their plucky movement. Sure, there were tons of ‘Fauci as a snake oil salesman’ and Biden in clown garb bits, both of which were played to death under Herr Assclow …uh, I mean, President Trump. But ever the capitalists, the site seemed mostly geared toward merch.

Scroll down a bit and I found a wildly popular t-shirt depicting a Biden-Harris logo with a bloody handprint, presumably because they have blood on their hands. Hmmm. I’m thinking Afghanistan, but you never know, maybe Biden’s trafficking children under another basement-less pizza parlor. I never thought of this until now, but it does tie in nicely with the reptilian agenda. Yeah …sometimes it’s hard to decipher batshit. I also know how much republicans cared about the people of Afghanistan prior to the invasion in 2001, so this all must be very hard on their delicate sensihillbillities.

Of course, Trump has actual blood on his hands for inciting the insurrection on January 6th, but republicans are quick to pull the reversal. Yes. Bill Clinton should never have invaded Kabul in the first place. Thanks Obama! But let’s make money off Biden’s decision to follow Trump’s withdrawal plan in Afghanistan …or, Operation 100% Cotton.

But let’s start with my favorite, which I found dead last …but, wow, what a perfect example!

Bad Politicians Think Elections Are Illegitimate if They Don’t Like the Winner (reason.com)

You might think this article is about Trump, well, sure, if you have a memory that traverses the vast expanse of our planet’s annual solar cycle.  Or, even if you just grasp our common understanding of reality, logic, or relevant theories of human perception, but it’s about Trump and Biden. I know I am, but so are you? Here’s the article tag line: Democracy means accepting results you’re not happy about. Really?! I should write an article about …oh wait, I am.

Here’s one of their Biden quotes (paraphrased):

“The 2022 midterm elections might not be legitimate if my party’s voting bill doesn’t pass.”

Translation: If we let them cheat, they increase their chances of winning.

Whereas it’s arguably positive to find an article that’s linkable from a pro-Trump site that admits to Trump’s ‘big lie’, it’s still disturbing to ignore the ongoing attack on our system. I think how we protect our democracy and election integrity needs to be fair, transparent, and led by a bipartisan committee of some type. The steal is actually happening, and it’s laid out step-by-step, district-by-district, by this Atlantic article. Biden is not wrong to point this out, nor is he wrong to do whatever is within his power as Commander in Chief to try to stop it.

But, hey, some good news, Fox refuses to cover Trump rallies live anymore because even they are sometimes embarrassed by their creation. You see, kids, you do need time for bullshit to rise in Hannity’s Easy Fake Oven. The right always needs time to assess a situation and then lie about it. Then I found this meme too: Dems need a brain, and the GOP needs a spine. Hmmm, or mine from 2014:

Wanna’ Fix This Country? Prescribe Low-T for the Dems and Ginkoba for the GOP

I know, I know, you have to think about mine for several seconds longer than the average attention span of team ‘Murica. And is Ginkoba even a thing anymore? …if only I’d taken some.

Exhibit Z: As we all know, Russia attempted to influence the election for Trump in 2016 and the only thing up for debate is how much and how effective was this rather coordinated effort? But to counter those questions, republicans just head east from Moscow to Beijing.

Seeding the Vote: China’s Influence in the 2020 US General Election (rumble.com)

I am not saying Xi and Co. didn’t try to influence this last election, but, wow, you can’t claim to care about foreign interference if you ignored the Mueller report outright and don’t care if our presidents openly solicit help from foreign leaders. That’s like taking weak sauce and adding it to the ocean before serving.

Fine, I made that one up, but then I found this one, which parallels my mantra here at The Discord, only backwards: Mark Levin: If you want a third world, vote for the Democrats – YouTube. Yes, bridges falling into our rivers and condos sliding into the sea is more of a first world thing, eh? Soooo infrastructure bills are the problem? Ignoring any investment whatsoever and focusing only on short-term, unsustainable gains is the path to modernity? Hey, maybe the next time a terrorist flies a plane into one of our buildings, the whole city will come down.

Never Forget!  …how those buildings pancaked down because the mob had monopolized ready-mix concrete

The puppet masters know we became a third world country under their watch (past tense), but at least they’re finally acknowledging it …just in time to point a finger. I have a finger that I would like to extend at this time as well. Only one guess as to which one. Hint: Think Peter Brady.

Oh, and I already predicted there would be a serious attempt to impeach Biden, regardless of his record, simply due to a deranged and adolescent like one-upmanship. But nothing to link to yet? Hmm, let’s put a pin in that one.

The big reversal, of course, is their attempt to rehire an autocrat riding a wave of raucous populism to preserve the essence of our constitution and our republic itself, or: Operation Freedom from Freedom for Freedom. I guess part of what I’ve tried to do here on the Discord is a variation of Rosetta Stone: Batshit edition, you know, to break us out of this reality-free prison we now find ourselves.

[Guano-tanamo joke detained indefinitely off the coast of Cuba. Or should it be stored in a lab in Wuhan? Crap.]