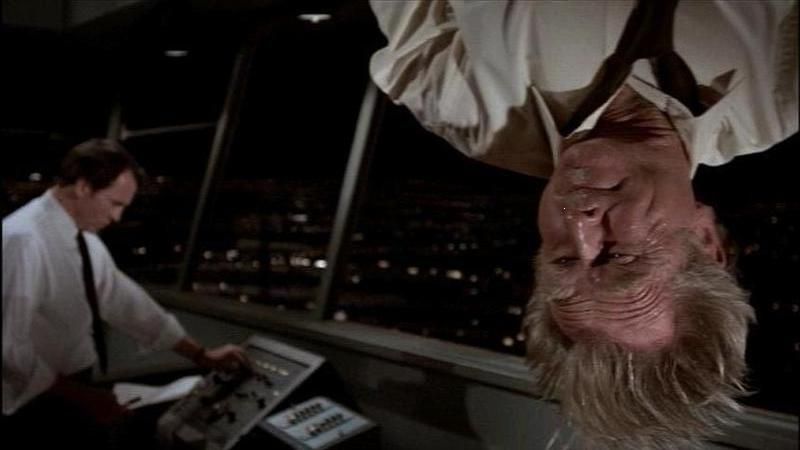 Is Hillary or Trump going to jail? Yep, I failed to squeeze everything into last week’s installment of our ongoing Trump-Ukraine-Russia-Dossier saga (TURDs), because the sketchy links keep arriving at Discord headquarters at a truly dizzying pace. There’s so much, real and imagined, crammed into these two mega messes. On one side a top Mueller deputy prepares to release another Special Counsel director’s cut, and down in MAGAville we’re inching ever closer to Hillary-dossier culpability—which, if you haven’t heard, comes in the form of an aide who allegedly crafted the Dossier’s content. It appears my blogvesary and I are in agreement on some details, which is good for Poke and Zano but horrible for Team USA. After several years of debating these dueling scandals, we agree there’s significant smoke on both sides of this crapola. On the Trump-Russian collusion front, no actual conspiracy-fire existed and yet this doesn’t excuse Trump’s crime spree. We also agree that there’s a lot of smoke on the Spygate front, which includes a nonexistent FISA process (thanks Patriot Act), circular leaks by the intelligence community (thanks Patriot Act), nonstop mainstream media coverage of a conspiracy phantasm (thanks Rachel, et al), and a dud of a Dossier at the heart of this mess (thanks Hillary). The Steele Dossier really is ground zero of this schitznik, and it’s totally stinking up the joint. Sorry, that’s my friend Pokey’s job.

Reminder, I always felt Trump was more comprised then conspiracized and I still do. Or, my joke from Mueller (week one): 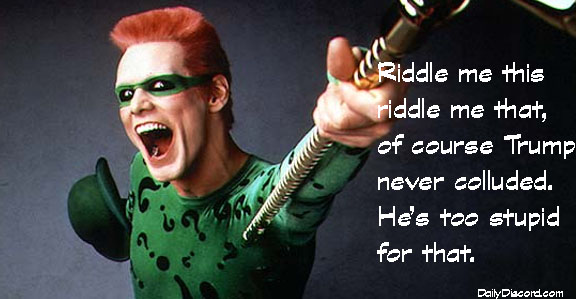 But I also knew there were so many other concurrent and related crimes abound that any investigation would likely expose droves of them. I stand by that as well. The grift that keeps on grifting?

Meanwhile, on the Spygate side, one truly sinister factoid emerges. If Hillary Clinton was involved in the creation of the content of the Dossier—whether it was coordinated with others or not—this reaches the level of a major scandal. It would prove that the predication of this whole investigation into Trump-Russia collusion was, as espoused by Fox & Friends, false. But I fear my friend is going to make the same mistake as the mainstream media in the opposite direction. Tons of smoke everywhere, but neither side may be ablaze. Kidding, Trump Forest already burned down. But when has the republican version ever proven more accurate than, well, any other theory of the day? On that note, here’s David Frum’s warning:

“So by all means, follow the trail on Steele. But be mindful that much of that trail was prepared by people who want to misdirect and mislead. Take care how far you step along that trail. Be alert to how the twists of the trail block your view of the surrounding landscape. Otherwise, you may discover too late that you have also been misdirected and misled, and that in setting out to explore a small truth, you have become a participant in the selling of a greater lie.”

Did you even read that Atlantic article, Poke? Feel free to reread the above quote at the onset of each of your Q-esque misadventures. The latest example? Remember going on about the Seth Rich saga? Did you know that Fox News was forced to settle on an “undisclosed sum” to Rich’s family for slander? It’s in that same article. I know, I know you sift through thousands of lies to find that one truth, but I hope it’s a worthwhile one …because the damage your side has already done is incalculable. This all feels more like an addiction to me, because year-after-year, post-after-post, my friend climbs over a sea of truths to find the tiniest of counter-factoids to exploit.

And with each link and each uncovered gem comes the promise of an overarching, lynchpin-factoid to tie in every crazy rightwing conspiracy into a neat little bow. On that day, all of Hillary Clinton’s diabolical plots will be revealed and we will lock her up. They will prove how, with the aid of her flying monkeys and a gang of trained Neo-Marxist assassins, she’s still tracking QAnon and his plucky band of rightwing rebels from her broomstick.

For decades this last Foxian claim-of-the-day is forever the focus. The eternal dangler. While my real concerns are ignored, I’m forced to stay on point in La La Land, because I guess sometimes two decades of false leads isn’t quite enough to establish a pattern.

Meanwhile, the ability to correct any of our major issues has long since passed and this all happened while our conservative friends were busy linking to what I have come to call the Brown Web. Hey, but on the day we all run out of water, maybe they’ll storm another Pizza parlor basement and this time they’ll find those poor kids  …or, at least the basement.

When will my friend realize his ‘sources’ never actually correct their story? His ability to find similar antics emerging on the left is legendary, yet somehow the open-faced scamwiches on the right never seem to resonate. He never follows up. Fox is never having to say you’re sorry. If we’d bet a beer on each factoid, there wouldn’t be a liver cell left in my whole county—which brings us to today’s factoid: Clinton aide, Charles Dolan. Did he hand a pack of lies to a Russian spy who then handed them back to a British agent? It is intriguing. Aren’t they all? I have not vetted this matter fully and the closest I’ve found to a legitimate source is the NY Post’s take (biased & somewhat toxic).* Dolan could well be that missing link between Trump’s golden showers and a certain golden girl, or it’s just another brick in the wall.

Part of me hopes my friend is right on this one, so I can retire my Prognostic Champion pin and hand my resignation to Mr. Winslow. Then I can finally start my new hobby, naked squatching. Actually, I already have and, boy, will ya’ll be impressed with how I accomplish my wood knocks.

Yet somehow, we find ourselves once again directly on the Clinton Foundation’s welcome mat. Welcome mat, my friends, to the show that never ends? If you’re right on this one, Poke, and Hillary invented the Dossier, I guess I’ll see you up in Bluff Creek, in the buff. But, if I’m right, will you consider finally taking that look in the mirror? Will you begin to understand how far down this crooked path you’ve traveled? Will you finally admit to your part in supporting that Frumian Big Lie?

It’s wonderful you’ve recently acknowledged Trumps character flaws—the ones the rest of us identified in the 80s—but Trump just received a billion dollars to start his own media empire. And he made every dime of his latest grift on your watch. A billion dollars to create a news syndicate that will make Sinclair and Fox look, well, Fair and Balanced. And you will likely link to this garbage for decades to come, while leaving those pesky retractions for the other guys. Brown Web 2.0?

* This is now the new Discord tag-line, Biased & Somewhat Toxic. And as for the headline image, Lloyd Bridges said I could use that while he was sniffing glue and hanging upside down.