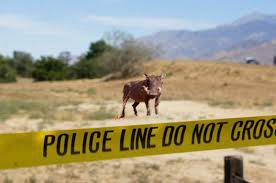 Benson, AZ—The creator of Pig Latin Jack Thompson, or, as his friends liked to call him, Ack-jay Omspon-thay, was killed ester-day-yay while walking his dog through a javelina-infested canyon. The cunning linguist was gored to death by a pack of the wild beasts in what many within the Pig Latin community are calling an ate-hay crime. Many pigs, boars, and feral hogs have resented Thompson’s approach to language throughout his life. Back in 1950, radicalized pigs are also linked to the death of George Orwell for his choice to make the chief antagonist of his famous work Animal Farm an ig-pay named Apoleon-nay. Miss Piggy, of Muppets fame, has refused to comment on the incident, but she reportedly has a strong alibi involving a famous talking og-fray named Ermit-kay