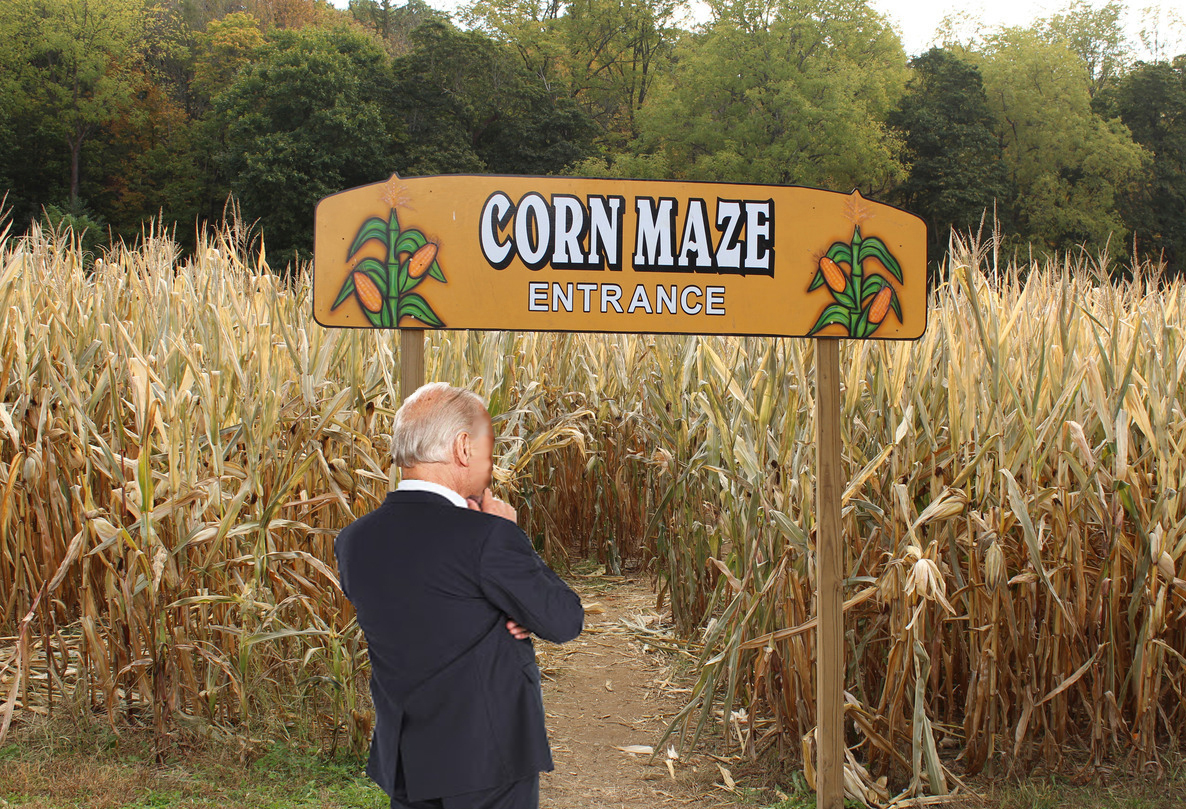 Des Moines, IA—Former Vice President Joe Biden is currently lost in a corn maze outside of Des Moines Iowa and has told his ‘No Malarkey’ tour bus to make the trip to New Hampshire without him. He is currently wandering aimlessly through a veritable sea of corn, his cellphone battery is very low, and so is his energy. He later requested “no one tell that last part to the president.”

Critics were quick to point out how the former VP has already told reporters he’s happy to be in New Hampshire, when his GPS location still shows he’s in Iowa. Mr. Biden initially requested the DNC move the New Hampshire primary to what he believes is the northwest section of this particular corn maze near Des Moines, but resolved instead to just call Barack Obama and talk about that time he got lost in the east wing and was eventually found in a closet.

His recent cellphone message, although somewhat rambly said, “I think farmers are doing fine. They have a great haul for February. We need to move away from corn, though, to more meat and potato policies that impact real Americans. Corn does impact real Americans, but not in a good way. I hate corn; it reminds of kernels, which reminds of colonels, which reminds me of Sanders.”

The last text from Biden was somewhat ominous, “Why are there children in the corn?”