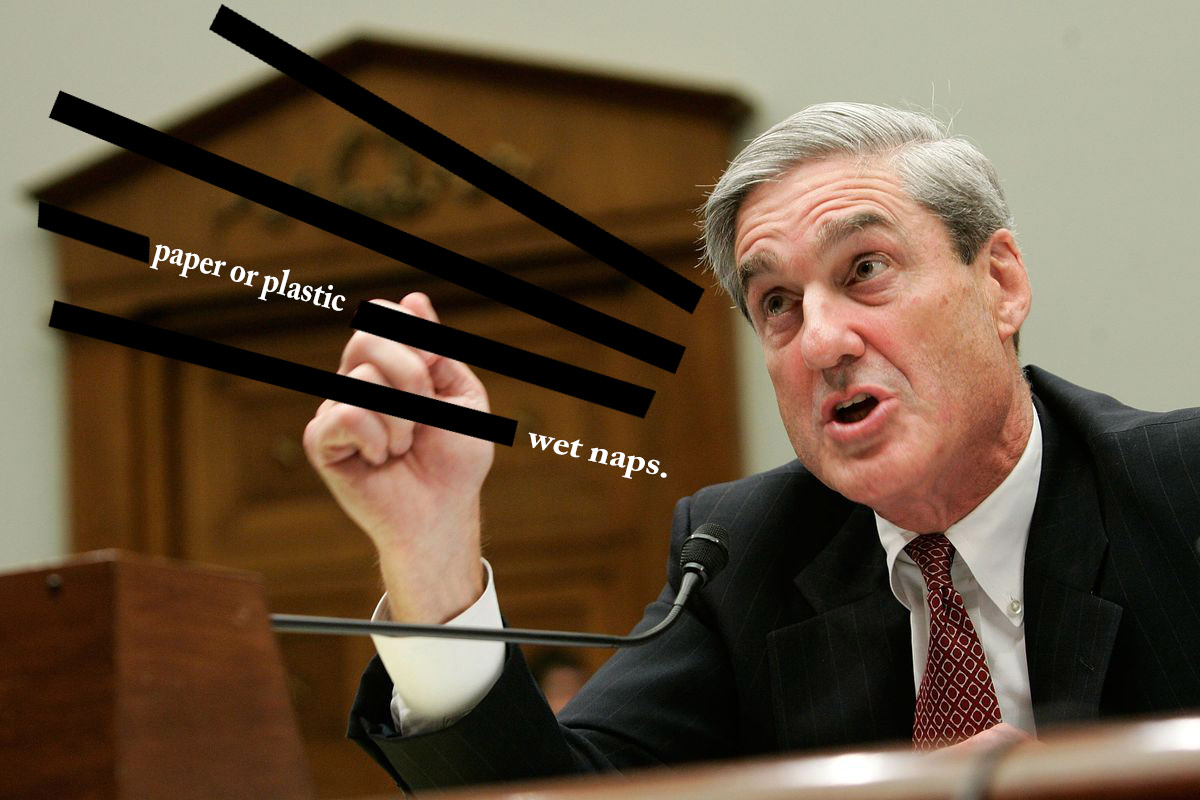 Washington—Don’t get too excited, folks, although Robert Mueller has agreed to testify before two separate house committees on July 17th, the Special Counsel has already been fitted with the latest voice-redaction-software known to man, or VRS. Mueller argues he needs this software to be sure he doesn’t say anything relevant to the most critical investigation in recent U.S. history. He also wants to avoid commenting on any of the president’s Gazillions of Dr. Evil-like pending investigations. He told the press, “My nearly 500 hundred page legalese opus, based on David Lynch’s Klingon adaptation of Finnegans Wake, speaks for itself. Oh, and I picked up the voice-redaction-software, cheap, from the same guy who sold Hillary Clinton that BleachBit to wipe her private server.”

President Trump is pleased to hear that no one will likely hear or understand any of Mueller’s testimony and has since praised the Special Counsel for his decision to have his vocal chords encrypted. The president told reporters today, “V-R-S? I thought those played video tapes back in the day. Anyway, this is a much better plan. At least someone understood my incoherent babblings on Fox Business yesterday. With this approach most of what Mueller has to say will either be covered by little black bars, or covered up by my little hack, Barr. Hey, can we get the new press secretary that VRS shit? That would make the White House press briefings great again.”

Chairman of the House Judiciary Committee, Jerry Nadler, is nonplussed by the development and is pleading with Mr. Mueller to summarize his findings, openly and publicly. “Just keep your statements brief by following all Twitter character allotment guidelines,” suggested Nadler, “which is now synonymous with the attention span of the average American #DumbAsses.”