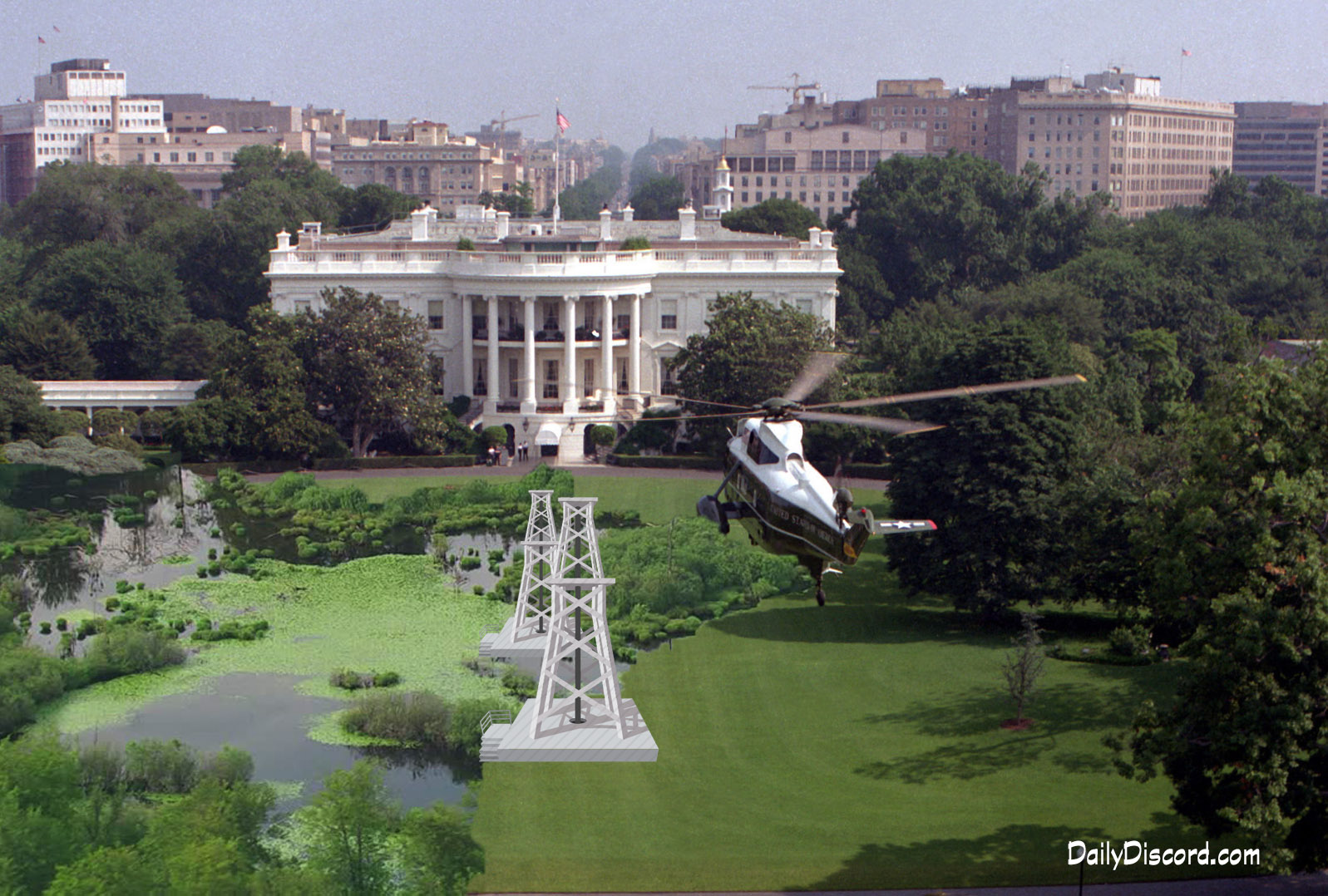 Tweet Tower—The outgoing Secretary of State, Rex Tillerson, is insisting there are untapped fossil fuels in the swamps of the White House’s south lawn. Mr. Tillerson told reporters, “What happens when you bury a ton of journalists and a bunch of staffers who knew too much under the same plot of land? Oil, that’s what happens. Its production is accelerated when its compressed under so much bullshit. I intend to harness those untapped reservoirs through conventional, fracking, and off-swamp drilling procedures. Oil, it’s what’s for breakfast.”

President Donald Trump is downplaying the amount of fossil fuels produced as a byproduct of his first term in office. “Sure legislating might create some energy. Why not? It makes sense to me, well, as much sense as anything else in the Age of Me. But any oil retrieval is going right to my legal fees. Have you seen my legal fees? Yeah, and I’m not releasing that shit either.”

The head of the Department of Energy, Rick Perry, said “Look, this Texas tea is already gurgling up right from the ground. It’s Trump’s land at the moment, so he has full rights to any and all oil mined on his land. My daddy was an oil miner and so was his daddy. His daddy’s daddy’s daddy thought we should drill for oil, but fuck that guy. If there are already significant amounts of oil being produced from the Trump’s firings and/or his ‘playing Hoffa’, could you imagine the fossil fuel benefits of a second term? We could power half the eastern seaboard on this president’s bullshit alone. Tillerson has no claim to this oil reserve. Sorry Rex, but oily bird gets the worm.”

Secretary of Defense, General Jim “Mad Dog” Mattis claims that if we were to invade the White House tomorrow, the war would largely pay for itself with the oil revenue.