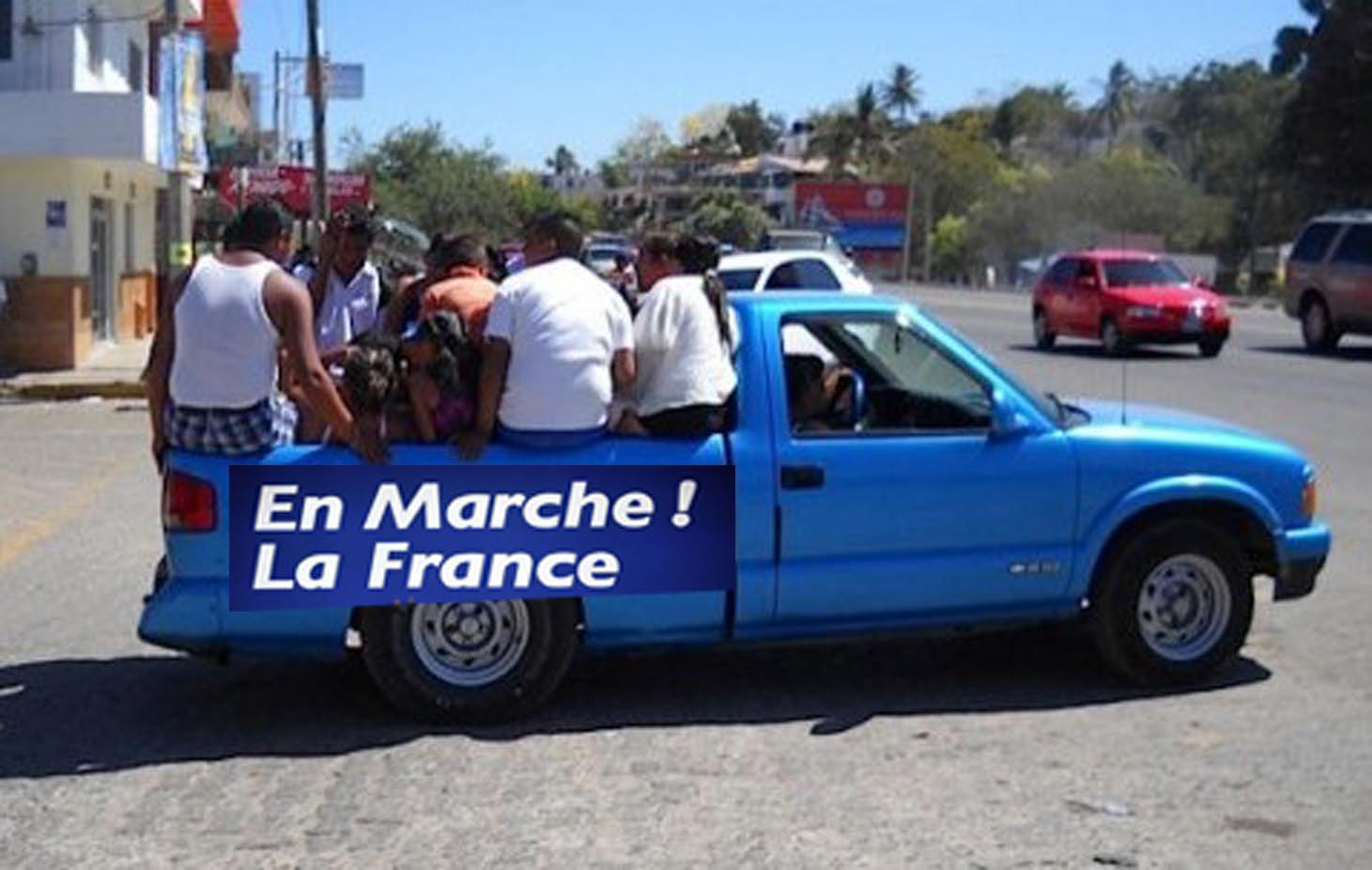 Tweet Tower—In a presidential tweet many are calling ‘dumb’ and ‘stupid’, President Donald Trump conveyed his concerns that the same people who cost him the popular vote in the U.S. where recently flown abroad by George Soros to keep France from Frexiting. Donald Trump also tweeted why he is particularly sad, because “the word Frexit had a nice ring to it.”

Donald Trump told the press today, “The only good thing about this is now those bad people can’t get back in to this country because of my beautiful air wall. And if the election was held again today I would win the popular vote too! Bigly. Only real Americans should be allowed to vote in the U.S. election. I am going to deport Soros for this stunt #asshole. Oh, wait, this isn’t a tweet. Please remove the hashtag and just add an exclamation point.” 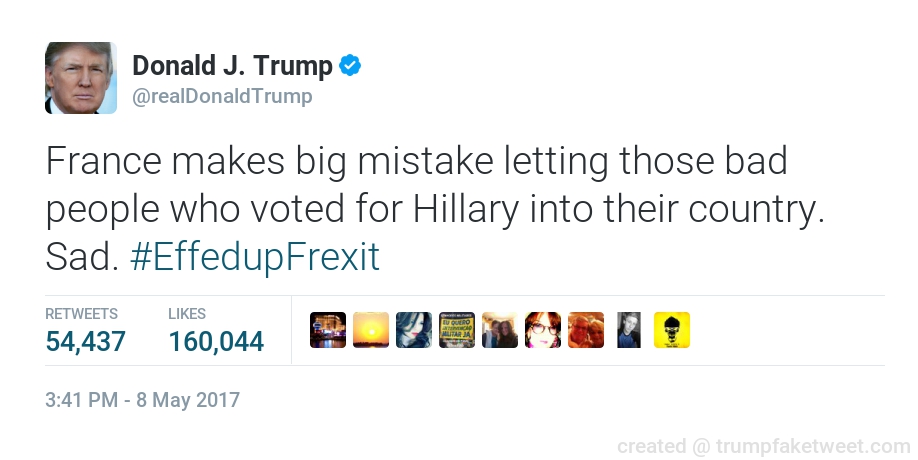 Initially after the election results were announced, President Trump tweeted something very different. This tweet was taken down shortly after it was posted and the president is refusing to comment further: 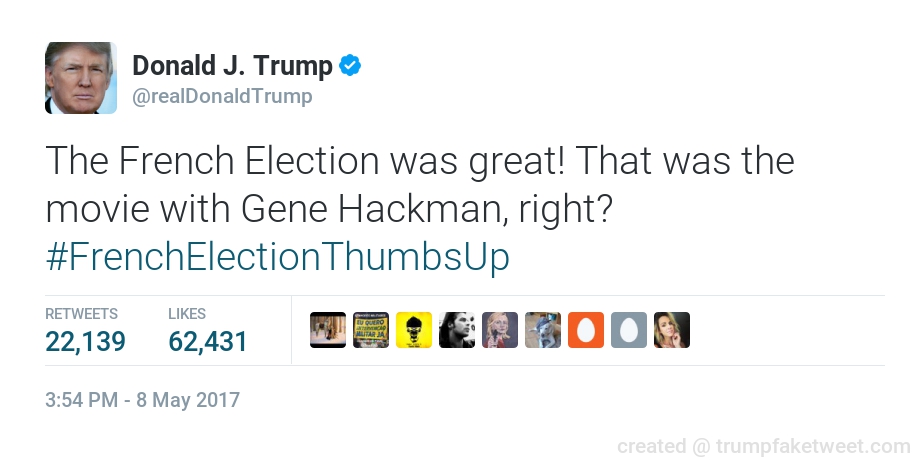