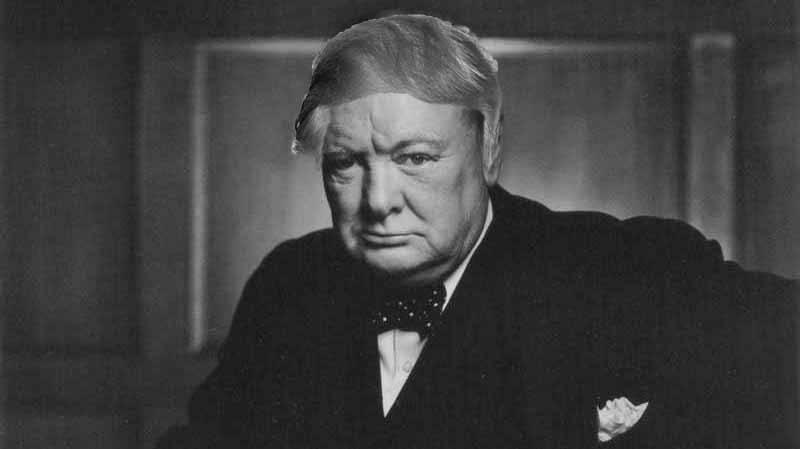 Trump Tower—Have you heard of Michael Savage? He’s an AM Radio anti-personality host who just compared Donald Trump to today’s Winston Churchill. Having heard his shtick, I always thought The Savage Nation had an IQ point or two above the Limbaughs of the world. Looks like another retraction. If Trump were faced with some Nazi aggression I think this is the speech he would deliver to quell the fears down in Glitter Gulch. I call it We Shall Never Sahara!

We shall go on to the Encore, we shall fight in The Paris,

We shall fight on the slots and the strip clubs,

We shall gamble with growing confidence and growing strength in the Aria,

We shall defend our Treasure Island, whatever the house odds shall be…

We shall gamble in the Mandalay Bays, all the way to the Stratosphere itself! But I’m not paying for the taxi, people. Call Uber.

We shall fight on the Luxor grounds, which I did once but only because I was really drunk and trying to find the Star Gate.

We shall gamble in the Palms and on the Fremont Street—between street-sky shows, of course, because they’ve recently added The Who!

We shall gamble in the hills and the Bally’s,

We shall never Sahara! …because it’s closed and is now an acronym called SLS or some dip shit.

On a side note:

Who was the first person ever kicked out of that new acronym laden casino?! Only Bald Tony knows the truth.

…WE SHALL NEVER SAHARA!!!

Really, it was just a misunderstanding, right Tony? Help me out, buddy.