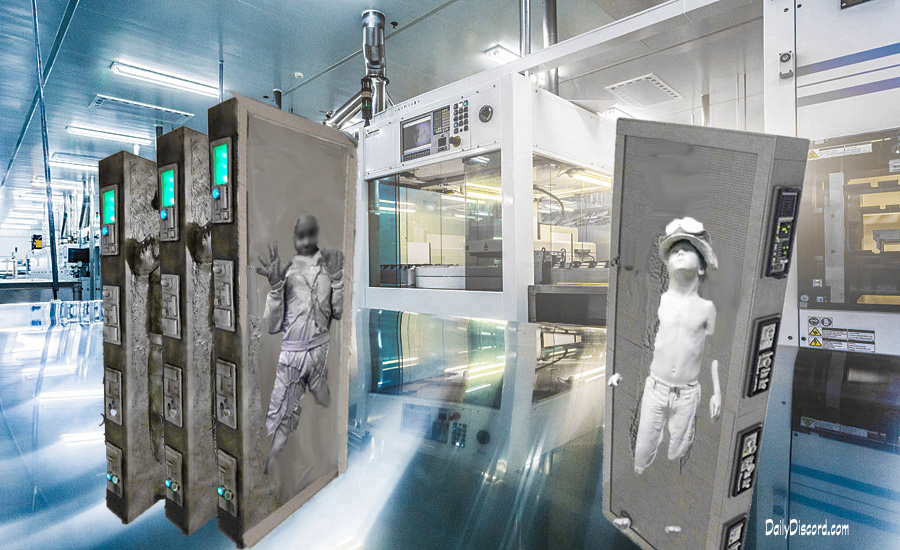 Nal Hutta—President Trump is very close to striking a deal with the Hutts that will help keep millions of school-age children safely stored in Carbonite units until the current pandemic has ended. The president believes Hutts Storage, Inc represents “a great way to get the economy going again while keeping those namby-pamby liberals happy.” The Hutts, a shell-less species of giant gastropod, are longtime friends of the Trump family. The president told reporters, “They’re good people. Back in the days of the Old Republic, my great grandfather used to smuggle spice with the Hutt Cartel. We can learn a lot about how to handle protestors from what happens to them in Hutt-controlled space. I would like to see ANTIFA try to take down a statue of Jabba. No really, they’re yuuuge and heavy!! You’ll break your back! And for the few of you who still have insurance, that’s a preexisting condition #MedicalBankruptcy.”

Jabba the Hutt is asking every American: “Why not let your little chip off the old block be stuffed in one? Why not let the Hutts store your little putz? Say night night with our cryogenic carbonite-nite. It’s completely safe, well, safer than your schools under that Betsy Devos human! You need to get back to work, so The Donald can rule indefinitely. Send as many children as you want, the sky is the limit! …except it’s not, the Hutt homeworld is way beyond your puny sky. Group rates available, and arrangements can be made for those parents planning to ‘forget’ to pick up their offspring.”

Springfield lawyer, Lionel Hutz, added, “Were you or a loved one ever injured by a faulty Carbonite unit? You may be eligible for a huge Galactic Credit reward. Although I am in no way affiliated with the Hutts crime syndicate, there are container-retainer arrangements available today for those who qualify. Remember, there is no cost until the slugs defrost. I don’t get the money until they thaw your little honey, and I don’t get paid until you get played!”