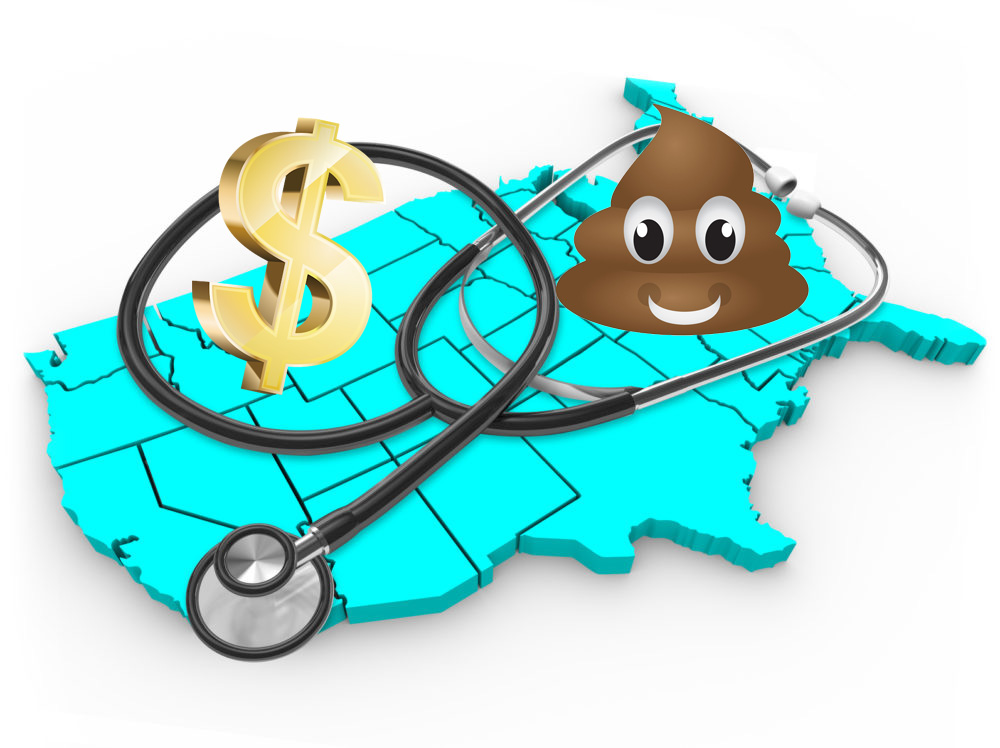 My republican friend and blogvesary is on a “strengthen your immunity system” kick, presumably to stay healthy during COVID long enough to vote for the Trumpocalypse. That’s like intentionally fasting on the lead up to a famine. A stronger immunity system is crucial, but it doesn’t replace a competent government and a more comprehensive universal healthcare system. Do you really think Guatemala could join the G7 if they just take their Flintstone chewables? Besides, there’s so much stacked against our kids today, including the bombardment of hundreds of toxins, in utero no less. Babies arrive with so much pollutants all the superfoods in Whole Foods couldn’t put Trumpty Dumpty back together again. Encouraging people to boost their immune system is never a bad idea, but to not understand the series of unfortunate republican-led events contributing to our nation’s health decline is suicidal. What are we going to do with you folks? In 2020 you’ve simply missed too many classes. It’s like walking through the front door of your Quantum Physics class while simultaneously riding out of the backdoor as a wave. Yeah, they’re not gonna get that either.

My friend’s choice to couple his immunity-boosting tidbits with political posts is absurd, even dangerous. This country was among the least prepared for COVID for a reason. Our world ranking in every major category has plummeted while republicans, true to form, remain oblivious to our changing influence, reputation, ability, and place in the world.

How do the rightwing types not only ignore these trends but actively contribute to our downward spiral? COVID is no different. Lest we forget, the republican playbook for this one:

Pseudoscience is not science …in the same way republicanism is not an ideology, it’s a death cult.

Granted, this was a novel disease that stayed unpredictable and, yes, conflicting data raged, which, coupled with some ever-present politics, muddied the waters. But the bigly story is this: zero federal guidance, response, or coordination. Zero. Thus my prediction, back in March, that we’d have about the worst response in the west:

“38-million uninsured citizens, probably triple that are under-insured or unwilling to pay for a PCP visit, no paid sick leave, half the country living paycheck to paycheck, and not only his relentless attempts to defund the CDC but the fact that he’s still trying to do it, even today.”

“Science, though fallible, represents the leading edge of human knowledge and republicanism represents its lagging edge.”

Again, newborns are already exposed to hundreds of toxins before their arrival, but the Trump administration thinks that number is just too low. Or, as Roy Scheider once said, “We’re going to need a bigger petri dish.” When we were born, Poke, fifty some odd years ago, that number was seven. Seven. Are republicans born with a special membrane to filter out all these toxins? There does seem to be a significant filter between their brain and all of their sensory apparatus.

In 2016 the US dropped to 27th in healthcare globally and today, as Roy Scheider once said, “We’re going to need a bigger abacus.” This trend is not specific to healthcare as we as a nation have been plummeting in all things relevant for a very long time. Canada, for instance, spent a fraction of the cost per capita while its residents enjoy a higher life expectancy. This is not an anomaly. The Raising A Family Index (2020) ranks the US an astounding 34th place in the category: best country to raise a child. We barely edged out Mexico, so when we finish that wall what side should we be on? If you consider the fact that Mexico is still reeling from our own ridiculous stance on drugs, yeah, a picture emerges …an ugly one. Also, Lancet has the US dropping to 39th for overall child wellbeing. Heck, we’re even dropping out of the top 10 for overall economic competitiveness, here. So republicans are even starting to suck at their main gig, vulture capitalism.

Here’s a nice listing of the 100 environmental regs that Trump weakened or ended. Nice, but probably not all-inclusive. This is just one article, one area, one snapshot of the damage republicans are inflicting on us. We’re unhealthy because we can’t seem to prioritize our environment, even amidst a mass extinction.

To this backdrop my friend launches his Operation: Think Happy Immunity Thoughts. So I sent along a link showing how Trump gutted the FDA. This president loosened label laws and reporting requirements and ended a lot of the stuff that companies had to do to maintain safe food standards. Somehow, amidst the Age of Information, this seemed like news to my friend. Here’s your cheat sheet: if it’s helpful and meaningful, republicans are bent on destroying it. But, if it’s a trainwreck of horrors, they’ll fund the shit out of that shit. Find an exception. I.Dare.You.

Meanwhile, my own Zano Index has Trump supporters dropping from Agrabah to Nambia levels of incoherence.

Today, a republican Facebook friend was highlighting the alleged inflation of COVID stats by several liberal states. Of course they’re ignoring the republican governors in Georgia, Florida and beyond who suppressed that same information. For the sake of they-don’t-have-an-argument, let’s say certain liberal factions did mess with the numbers, so maybe COVID rates in the US are only nine times higher in the last sixty days, not ten times. You are still missing the direction of the bigger trend Every.Flipping.Time. I remember back in April my blogvesary said, “Look how well Texas and Florida are doing with COVID.” Hmmm. If there are only two choices, today’s example being mask or no mask, how do they always get it wrong? They have a real Knack.

[My Corona joke self-quarantined for 14 days.]

This whole ‘greed over safety’ impulse is no doubt linked to our spiking autism rates as well. We are poisoning our youth in so many ways. I lived near a Drake superfund site. You see, back in the 50s and 60s they buried some nasty barrels in the wetlands and, eventually, someone built a ballfield over it and, yes, some of the kids got sick. I never thought we as a society would ever return to that level of irresponsibility. But we should never underestimate the greed and stupidity of the republican politicians and those foolish enough to elect them.

When cornered, the rightwinger’s consistent fallback position is this: both parties are to blame. Both support the main players in today’s out-of-control healthcare system and both are at fault. This is simply false. Progressives attempt to identify and address a variety of issues from healthcare, to pollution, to gun violence, to inequality, to our growing disparity of wealth, while conservatives continue to exacerbate these problems. And each time that shit goes south they just stick their head in the Sandy Hook. They even find the time to dismantle what progressives are building during alternate administrations, which is why a revolution is now all but inevitable.

If shit is staring in you the face, Poke, where do you keep looking to avoid it? And are such major flections good for your neck? Think happy neck thoughts, because that’s a preexisting condition and you live in a country that doesn’t cover that.