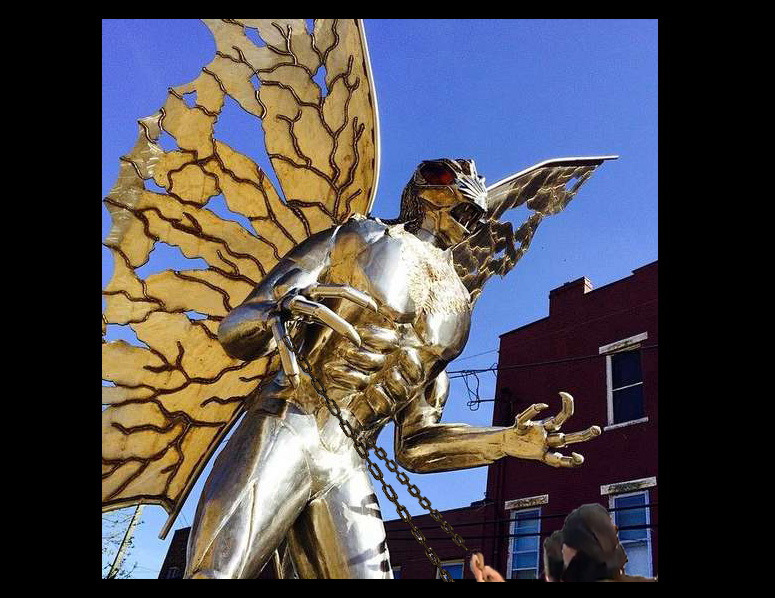 Point Pleasant, WV—To the backdrop of throngs of crazed, statue-toppling progressives, the Mothman statue that once stood at the heart of downtown Point Pleasant is no more. Mothman, a known larvae-owner with ties to both Mothra and the BeheMoth, was also despised for his role as a key member of the Light Bulbs Matter movement. The president tweeted today, “I remember when Mothman showed up in West Vagina, followed by Godzilla and that three-headed dragon thing. I know it was a tough time for everyone involved, but there were good cryptids on both sides of those protests.”

One Point Pleasant resident, who prefers to remain fictional, said, “Mothman is a symbol of oppression! Those Gypsy moths travel around everywhere, nocturnally pollinating and whatnot. Night f***ers, I call ’em.”

One woman, who still remembers when Mothman terrorized her community, said, “It was late in 66 when I distinctly remember thinking Mothman? Quick, hide all the sweaters! Why didn’t that thing head to the Old Woolen Mill in Cleveland, or further east to those damnable Woolrich people? A good old fashioned coal monster razing our town, now that would make more sense in these parts.”