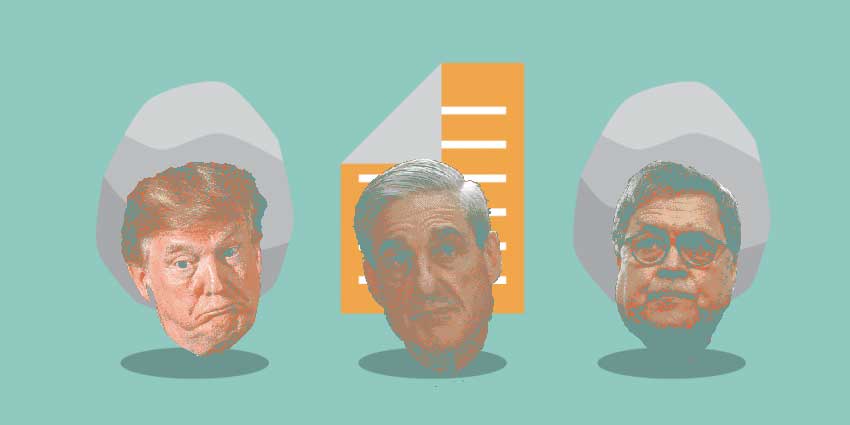 My friend and blogvesary is at it again, blasting out of my comment section like a sirocco, blazing across the land, into your home, slamming into your website like a supercharged nano-particle of unobtainium! Fine, that’s George Knapp, but my friend probably inspired his opening. Today on Discord Crossfire, Pokey is accusing me of not answering any of his fictional questions. I don’t feel I need to justify my actions, articles, voting record, predictions, or criminal background *cough* …but maybe, just maybe, he should. My friend is still touting the merits of Spygate over Russiagate, aka Obama/Lynch = Guilty and Trump/Cohorts = Innocent. Carl Sagan once said, “Extraordinary claims require extraordinary evidence,” and amidst this 2019 political landscape, I think anything espoused by a rightwinger now requires a Atlantis-is-ruled-by-sasquatches level of proof. The onus is on you and your ilk to prove your non-stop, nonsensical non-sequiturs. [Retraction: you’re probably right, keep digging and maybe you’ll emerge on the other side of these scandals]. Hollow Birther theory? The Repubtilian agenda?

Upon reading your comments, Pokey, what you’re confused about is how sometimes I’m commenting on future events. While I’m playing chess, you’re busy playing rock, paper, other rock. And I chose ‘other rock’, because you keep falling for that one. So, sure, some of what I do lies clearly in the ‘what ifs’ category and your lies lie clearly in the ‘all lies’ category. Maybe lies is a strong word. What you tend to focus on are tiny little truths that ultimately prove meaningless. Before we get started, let’s not forget two key points republicans are ignoring: we should never have even investigated Russia’s interference into our general election, and the only people the constitution gives the authority to act on the Mueller report is congress, who may never actually see the whole thing. So here’s my first question to you, how is that okay?

Pokey: You didn’t answer any of the three questions, Zano? No surprise. I’ll give you two more easier ones.

Zano: You’re too kind. I guess at this point, I do put all questions posed by conservatives in the same category as: What was Hillary Clinton streaming on Hulu during Benghazi, and when did Bigfoot know it? Over the last twenty years our Foxeteers have been nothing more than a web of extravagant distractions designed to allow horrible people to keep doing horrible things. Worse still, my friend continues to unwittingly enable them. Besides, you don’t answer any of my questions and I tend to be right about stuff.

Fine, here are my three responses: 1. They didn’t. 2. Who cares?, and 3. Because he was already the subject of the investigation, or at least the predicate.

I am not repeating the questions, but don’t worry, folks, the reason I can offer these flippant responses is this: very soon someone who cares will investigate all of the questions that pertain to the origins of the Trump-Russia probe, both real and imagined …to death …with tax payer dollars …for reasons I will never truly fathom.

Do you think I could do better than our congress and our courts explaining where a fictional narrative into Obama wrongdoing could ultimately lead? Let’s do what we do with all republican witch hunts: wait to see where the lack of evidence leads. I have made my predictions, so what more do you want? Can’t we just wait patiently for you to be wrong again? Kidding, republicans no longer need to find stuff to find stuff. For our conservative friends the end of this investigation into ‘business as usual’ for the Feds will translate as ‘crime of the century’. Why worry about the details when you can just make shit up? Sorry, but I haven’t been following the counter-to-intelligence side of this Russiagate saga as closely. Why, you ask?

“Fool me once, shame on … shame on you. Fool me… You can’t get fooled again!”

Pokey: Here’s a Zano quote (paraphrased): “I said from the beginning, if it is established that Trump worked with the Russians to effect the election, then he should be publicly hanged. And I meant (and still mean) it.”  So, hypothetically, if the real world factual evidence establishes that Obama’s DOJ as directed by Loretta Lynch worked with the FBI to plant spies (like Halper) on Trump’s campaign for political (rather than legally justifiable concerns for national security) reasons, wouldn’t you demand that all the people involved in such treachery to be severely punished for such action? (A simple yes or no question that I’ve never heard answered by a self- proclaimed member or the RESISTANCE).

Zano:  What is the chances Trump is not a national security threat at any given moment? #UnF-ingLikely. I have no idea where normal counter-intelligence ends and where spying begins. I can barely return from the fridge without tripping over the ottoman. I do have infinitely more faith in our spooks than our kooks, thus my predictions. If republicans think it’s true it’s already hitting our comment thread as Dead On Approval.

But, if Spygate reveals that Obama ordered this whole thing for politically motivated reasons, then that’s HUUGE! But it has to be real, not Hannitized for your protection, twisted beyond recognition, hyperbole in the guise of truthiness. I live in fear of even touching that one, because your ilk doesn’t need facts to invoke the death penalty. These days rightwing ‘journalists’ can sell a bag of salt to a slug, but anyone attempting to illegally impact our election, right or left, needs to be brought to justice. But this is a ridiculous question. Why the hell would I protect criminals? I am not a republican. In fact, I am sending you a snapshot of my party affiliation card as to settle this matter.

Pokey: You talk about this ‘Spygate’ narrative as though it were absurd. From the factual evidence that we now possess (and the experiential knowledge that we have about human nature and the corrupting nature of political power), is it not at least reasonably possible that such a scenario actually occurred? It’s a simple ‘yes’ or ‘no’ question I’ve never heard answered by a self-proclaimed member of the RESISTANCE.

Zano: That’s not true! I talk about everything espoused by the right as absurd. Having said that, yes, your scenario is possible, but so is my Royal-Squatch-Atlantis theory, which is gaining credibility in the archeo-comicon community. You see, today all rightwing Foxal nuggets should be filed directly into the ‘absurd bin’ and they can only find their way back into the bad-day-at–The Enquirer level through rigorous peer review.

Pokey: It seems to me that deep down the RESISTANCE is supportive of the FBI, CIA, or IRS being politicized against their political adversaries. I’ve never heard a spokesperson for the RESISTANCE ever demonstrate or express a principled desire that the objective standard of law be equally applied to all (regardless of politics or position). I’ve heard members of the RESISTANCE say that since Trump is a threat they are justified in using any means necessary (lie, cheat, steal, or kill) to stop Trump. I’ve never heard you clearly express such a principled objective standard either. So, here’s your chance, Zano. While keeping my earlier two questions in mind, please clarify your position.

Zano: Look, you always get your meaningless day in court and ‘Spygate’ will be no different. That doesn’t mean I have to wave the pom poms (but I do rock the outfit). I also don’t need to employ the whole ‘by any means necessary’ crap, aka, I don’t have to make shit up. Um, although our Complete Snuffleupagus Remains Discovered In Alaska bit remains unverified, but other than that… Sorry, the rule of law is not something I’m willing to bypass (did you get the image yet?).

As for Trump, follow the money to the crime and then impeach the ass-clown. It’s.Not.That.Difficult. And, sure, libs are upset, but no one outside of rabid comment thread land is considering bending the rules to get him out. What? Are you worried you’re going to get kicked out of their safe space …with prejudice? Whereas you judge liberals on their worst comments across the nation—be it politician, man in the street, or otherwise—I judge republicans on the actions, deeds, and statements of their leaders. Bigly difference.

Assassinating Trump is ridiculous. It would tear this country apart and would galvanize the Deplorables into an unstoppable force (not to mention I’d feel bad for the bullet and its family). With an enraged base the political landscape would further deteriorate—think militia with a head injury. Or a now martyred ass-clown with a militia …with a head injury. Sorry, it’s already been a long post, even for me. In the 21st century republican theories can and should be dismissed, outright. Some day that may change …ha, ha, ha. Now that’s funny.

Pokey: You said, “Trump won’t step down even if impeached?” Specifically, what action has Donald Trump taken that is deserving of impeachment?

“That depends on what the definition of IF is.”

Sorry, but sometimes amidst 17-some-odd investigations it’s safe to float such a hypothetical. As for the impeachment proceeding: since Russia did meddle in our elections and since it seems our president refuses to acknowledge that fact, let alone protect the next one, he should be removed under the 25th amendment. But I’m a patient man and realize there’s political considerations, aka it will never happen, so we need to wait for the courts in NY, CA and beyond, as well as all the hush money stuff and obstruction stuff to blast out of my comment section like a sirocco, blazing across the land, into… wait, I already did that one.

In the end there are two competing theories Russiagate v Spygate.

Zano: Your putting percentages on Foxal nuggets? Really? When has rightwingers been right about 67.7% of anything? Gutsy call. Granted, you are the most correct you’ve been here on the ‘Cord for years and how does that translate for the Russia probe? You are wrong about Trump, wrong about Mueller, wrong about Obama, and wrong about Barr. So you’re 0 for 4, but it’s still about the best we can hope for from the Grand Old Distractions. I will say you have wrong down to a science, if you believed in that.

Post the Russia probe apparently everything is legal now, so good luck with the inquisition. Meanwhile the stuff I think is relevant is finally investigated, and what happens? The results are ‘cleaned’ by a lackey mob-style ‘fixer’, so that we can shift to investigating the investigators. Let’s ignore the impeachment proceeding so we can make more shit up. You know what I call an investigation that netted 27 indictments? Fruitful. You’ve never had one of those and at this rate the republican party never will.

These are distractions so the president can continue to wage war on our rule of law, so he can continue to defend the Betsy DeVoses of the world, and nominate the next Stephen Moore to the Fed. And in the end our former AG Loretta Lynch will be fine, but the rest of the country …not so much.