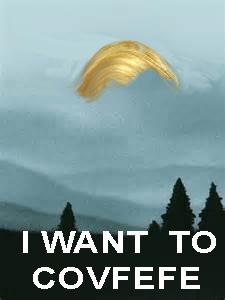 With infallible regularity, each and every news cycle the rightwing alchemists transmute the obscene and the aberrant into mainstream gold. We may well be on the verge of another Nixon-style Saturday Night Massacre Saturday, but instead of the resignation speech to follow we’ll probably see a pre-Iraq-invasion like ‘next logical step.’ Fox News Alert: Most Deem The Firing Of Mueller’s Team ‘Inevitable’. Did Mueller Even Give Trump A Choice? The success of such a profound fib will signify the mystical conversion of logic into illogic, truth into lies, freedom into tyranny. Despite all rhyme or reason, the ongoing transmutation of reality into Foxal matter continues. Even my supposed truth-seeking blogversary remains complicit in the death throes of our republic. Nice.

How long can a party continue to support an ideology that prefers pedophiles to progressives? On that note, stay tuned for my open letter to Republican ignorance…

Let’s all focus on the marginal-involvement of an unemployed woman’s connection to some, decade old Ottawa/Moscow uranium transaction, and ignore the approaching constitutional crisis to come. This budding scandal, of Benghazi-like disproportions, involves Madam Secretary not knowing about a deal involving 2%, not 20%, of U.S. uranium.

If you want some real radioactive fallout, stay tuned for the Russia-probe results. The only hope for team Trump is twofold: collusion is difficult to prove for the investigators and difficult to spell for most investigatees. Despite the mounting evidence against our sitting president, our conservative friends are pushing the exact counter-argument to reality. Sean Hannity takes the yellow cake with his recent comment, “If we don’t stop Mueller’s investigation, we have become a banana Republic!” What? Sean is probably concerned how his pathological puppet will fair under multiple-hour investigatory scrutiny.

[Fun Fact: that’s the only insight Sean Hannity has ever shown since Fox News first aired in 1996.]

You know what would be worse than stopping the Mueller investigation? …waiting for the next Trump-created disaster before yanking this ass-clown from office. We went from Senator Lindsey Graham a few weeks ago, “Firing Mueller could be the beginning of the end of the Trump presidency,” to, “Of course the president should fire the special counsel, duh! Indictments are just partisan politics. You don’t want to live in a banana Republic, do you?” How do you people make such a seamless transition to tyranny? Oh yeah, political alchemy, the ongoing quest for white-privilege immortality (WPI). The Magnum Gropeus? The elixir of strife? The philosopher’s groan? I’m being told to stop.

The Hannity model is now gaining acceptance with huge swaths of the intellectually impaired:

“Of course it’s within the president’s power to fire all of his investigators and/or pardon himself or his family.”

I guess when Hitler attacked the free press during the humble beginnings of Nazi Germany it was because of his innate evil nature, but when a republican president does it …um, what the fuck is wrong with you people?

This week Fox News is turning on the FBI. One of their hosts, Gregg Jarrett, even went so far as to call them the new “secret police” akin to the “old KGB” …you know, not the new KGB …the guys to whom our president gives unfettered Oval Office access (UOOA).

But who made who? You folks created the atmosphere for the gross expansion of our intelligence community’s power in the first place. In fact, your own former VP was actually trying to create a Secret Police. Remember that Dick? Lest we forget, Republicans are the Police State For Freedom people. What’s your beef with the FBI anyway? You seem to like them when they’re helping you justify the invasion of the wrong country, or when they’re assassinating liberal presidents. Kidding, of course …that was the CIA.

Let me guess, you only want the Feds to use their power the way God intended: against liberals, minorities and Muslims. The rule of law is collapsing under the weight of your own party’s stupidity. We have not seen our country in this much Jeopardy since the Great Alex Trebek Youtube Marathon of 2014.

Even if Trump survives this round of Double Jeopardy, which is unlikely, he will not make it four full years without irreparably damaging the republic. Whereas many libs can see the writing on the wall, clear as day, for republicans reality itself is akin to some sadistic captcha-login in curlz font. 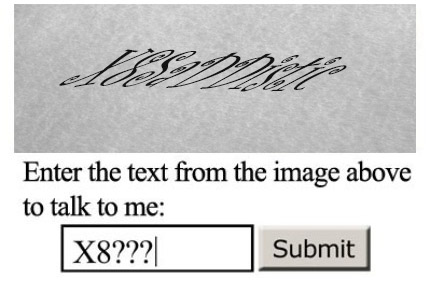 In my adult lifetime, the GOP has had little or nothing to do with the truth so my prediction remains: it’s going to take too long to lure them back to reality to save our precious democracy. For those paying attention, we went from one of the most thoughtful, eloquent presidents of all time to this mega-buffoon, a man who makes even the least insightful among us think back to the incompetence and criminality of the Bush years with a touch of nostalgia.

When Trump’s wall reaches its apex, which will amount to about 5% of our southern border “protected”, this testament to human ignorance will be torn down, preferably by the first female president.

[Pouring assault into the wound joke removed by the editor.]

Preferably Trump’s wall will be Berlinafied while the primer coat is still drying. Oh, primer? That’s why it looks a little pink in some pictures.

Now, as a promised, an open letter to Republican ignorance:

Sorry your foreign policy shortcomings are only eclipsed by your economic and domestic ones. Sorry you’re running out of lands to pillage, cultures to bend to your will, and whole societies to filch and corrupt. Sorry you are forced to re-designate national monuments in the homeland as one your final resource-raping frontiers. Sorry you’re running out of planet to plunder. Sorry your tax plan shamelessly shifts even more funds to the super rich during a time of outrageous disparity. In the wake of the #MeToo movement, I’m sorry you can only abuse your employees by cutting their pay and benefits. Sorry you can’t claw your way back to the 50s, a period teeming with all those atrocities that today’s privileged still hold so dear. You know, a time period that was still benefiting from the mega-socialistic programs of the 40s, aka the pinnacle of capitalism. Sorry there are no facts to back your delusional romanticism of a time without regulations, unions, or integrity. Sorry there’s no period of any country on this planet to point to when your economic philosophies were successful. Sorry your intelligentsia, what little you had, remains in hiding or shifted to an independent status. We can accurately asses the merits of your ideas, plans, and policies, because we have already tried them multiple times throughout history, and, as it turns out, They.Fucking.Sucked.