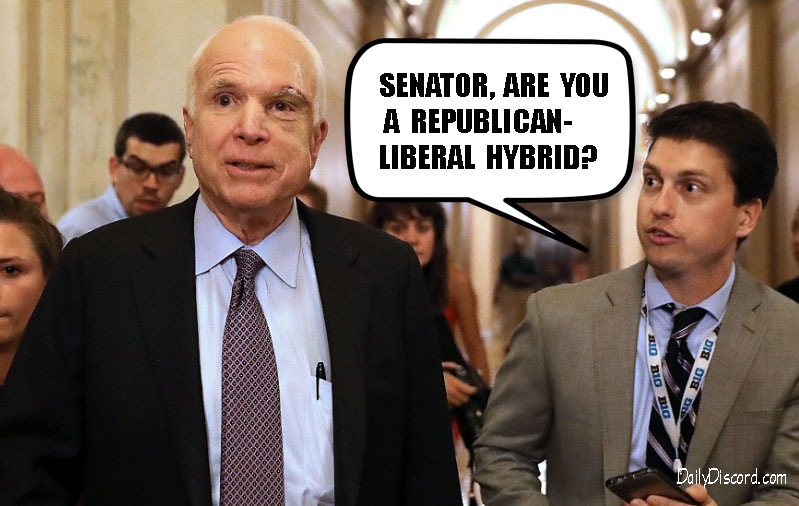 Phoenix, AZ—After Republicans failed again to pass their coveted Freedom from Healthcare Act, new revelations have surfaced suggesting liberal health-hackers have hijacked Senator John McCain’s brain. Several credible sources are claiming an implanted chip was discovered underneath the Senator’s recent surgery scar. The data on this chip is believed to have been uploaded directly into the Senator’s brain. The NYTs believes the content of the chip includes several Affordable Care Act infomercials as well as all six seasons of Glee. The recipient of this insidious technology would hear these messages playing out in an endless loop, subliminally and/or in Blu-Ray.