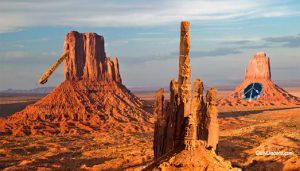 The Southwest—The lack of supervision during the government shutdown has triggered an unprecedented wave of criminal mischief across our national parks and monuments. Numerous reports are coming in that scores of juvenile delinquents have officially wrecked the southwest. Park rangers claim rattle snakes are being forced into clog-removing snake labor, whole canyons are being backfilled, and cactuses across our deserts are being humped and molested outright. There’s even reports coming in that the town of Sedona is now overrun with snooty, New Agey types. No, wait …that part’s normal.

One park ranger told The Discord today, “The Grand Canyon has been completely toilet papered, well, not completely. So far it doesn’t look too bad, but another 40 million rolls of Charmin and this hole is going to look like a toilet!”

One resident of Las Vegas, Nevada said, “We have a water shortage in the southwest, so the last thing we need is a bunch of kids syphoning Lake Mead into the Mirage in an attempt to ‘put out the volcano.’ What the hell is wrong with millennials today? Life is not a video game …it’s a slot machine.”