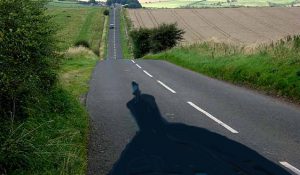 Tweet Tower—President Trump’s ghoulish adviser, Stephen Miller, is warning the world that if the president’s demands for wall funding are ignored any longer, the government may not start again in the traditional fashion. He told the press today the president may have to use an executive order to ‘pop the clutch’, or ‘Trump-start’ the nation to get it running properly. Some theorize this could be accomplished by pushing the government down a steep hill. The White House has not confirmed that it’s considering the hill over on 13th street by Columbia Heights. “This is unchartered territory,” said  Miller. “We should probably just meet the president’s demands on this one. Why take the chance that our country’s brakes could fail?”

Vice President Mike Pence said, “Pushing the government down a steep hill comes with it’s own challenges and concerns. The optics of President Trump pushing the Capitol Building …well, it’s just unbecoming of a president, aka, the usual. We’re hoping reason will prevail; stranger things have happened. No, really. Look, let’s give him the money, because at the end of the day the president’s demands are totally irrational *cough* irrefutable.”

President Trump told the press today, “We’re going to get the wall, folks. Even if I have to get the people at Home Depot to pay for it!!” #NewLowes?