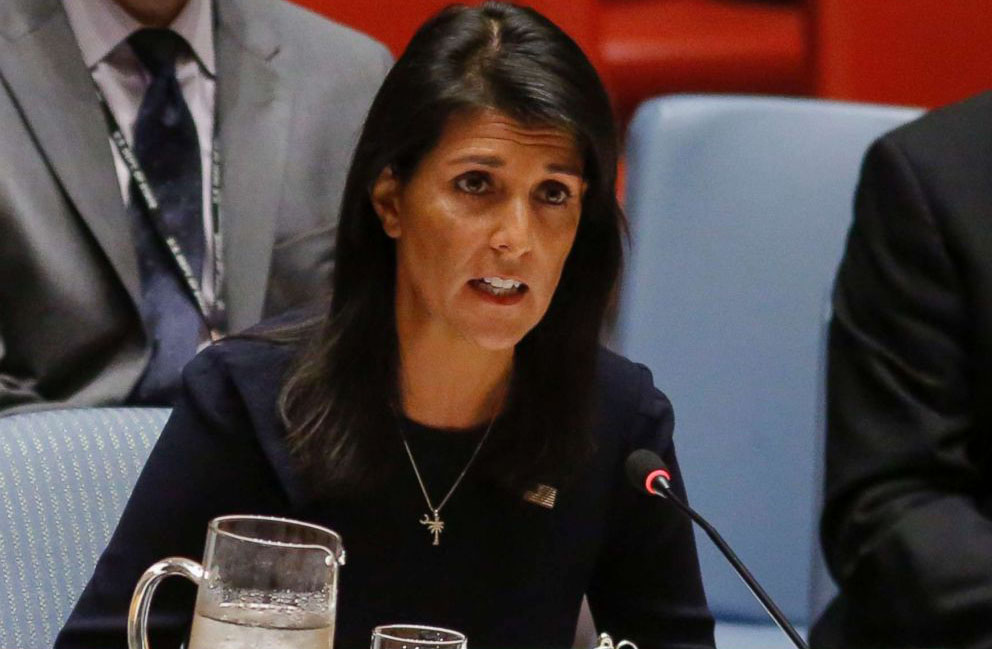 New York, NY—Ambassador Nikki Haley minced no words to the United Nation’s on Monday, as that’s her boss’s job. She did warn the 193-member General Assembly that the U.S. is prepared for a second wave of bombing raids on Syrian targets. She said, “To be clear, the United States is prepared to take unilateral action should the Coalition of the Vaguely Interested lose further interest. It wouldn’t really be unilateral, if you think about it, when all fifty states would be involved. And we will take these actions, immediately, if any more #MeToo shit comes within a mile of 1600 Pennsylvania Avenue.”