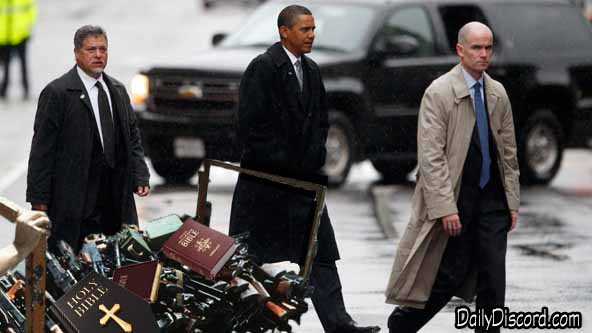 Washington—President Obama announced today he is not going to have a typical lame duck last term. For his final year in office, the President plans to acquire as many guns and Holy Bibles for his “personal collection” as possible. Obama told reporters, “I want to do something good while I’m still in office because, let’s face it, nothing good has happened so far. Heh, heh. I’m calling it: Operation 2nd Testament.”

Senator John Q. Republican was quick to condemn the move. “This is a clear attack on religion as well as our 2nd Amendment rights. If that Muslim son-of-a-burka comes anywhere near my gun or my Bible, I am going all Old Testament on his black ass. ”

END_OF_DOCUMENT_TOKEN_TO_BE_REPLACED 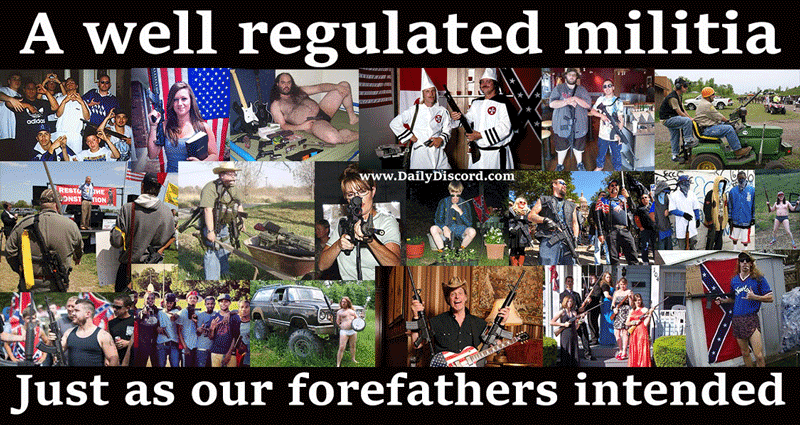 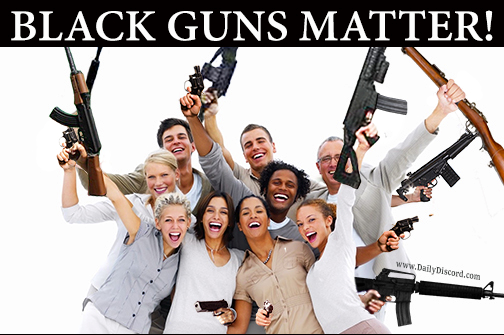 Okay, who’s the wise ass with the brown gun?! 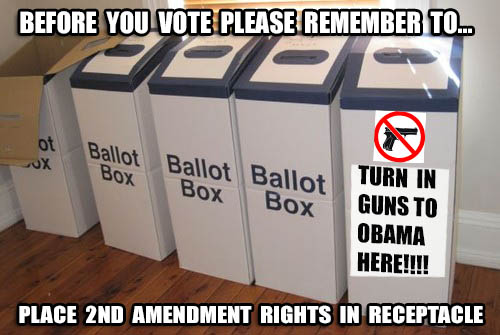 Let’s vote on it, shall we?