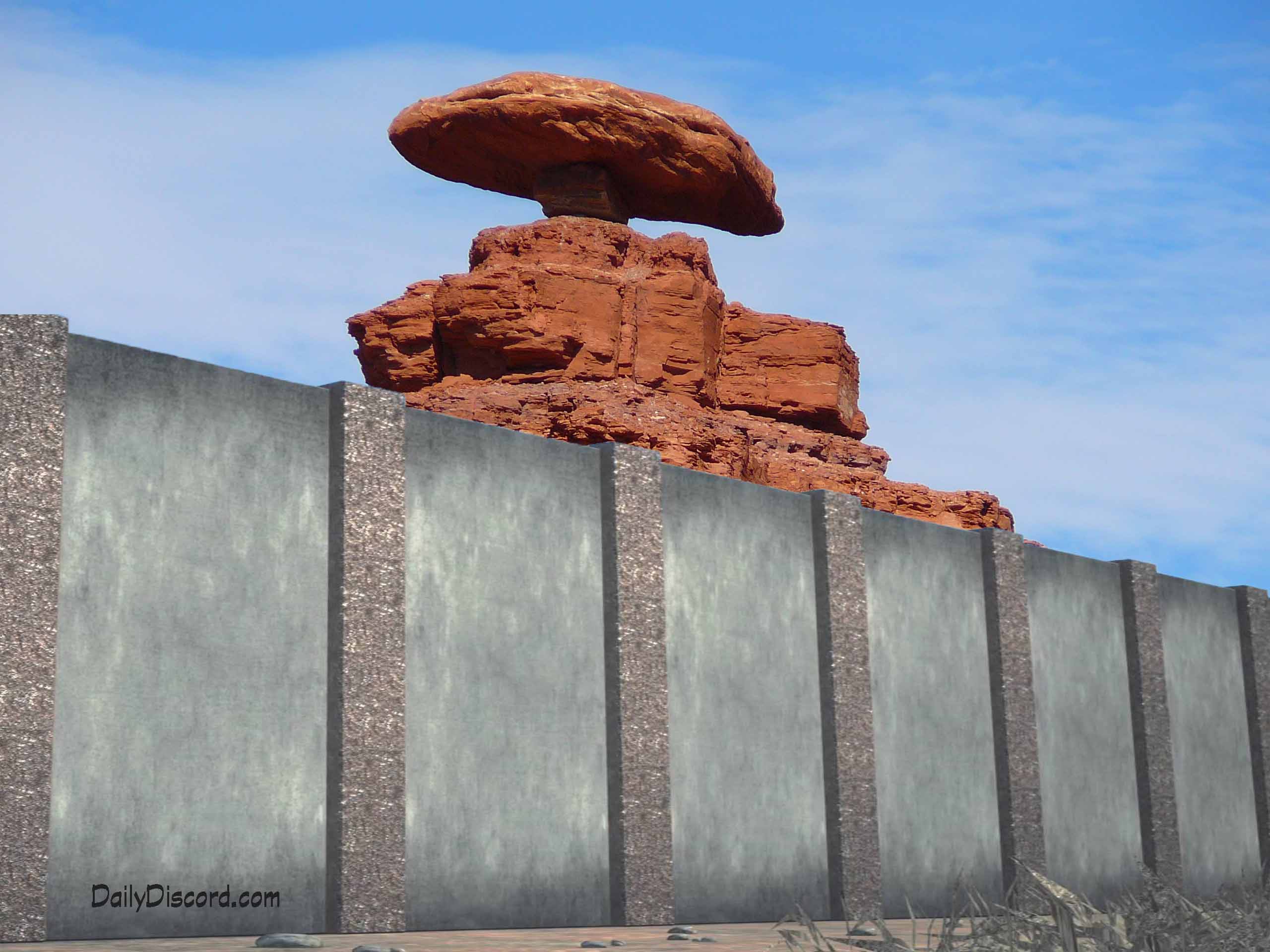 Mexican Hat, UT—The 27 residence of Mexican Hat, Utah were shocked by the commotion early Monday morning. Many community members report being awoken to the work of hundreds of Mexicans, busily erecting a giant structure around their town. Mayor Bob was flabbergasted and dumbfounded. “I know those are both synonymous,” said Mayor Bob, “but it’s still true. We are 600 miles from the Mexican border. I don’t know how this will stop immigration. What this will do is negatively impact all five of our businesses here in town. He’s not even president yet, so what does that asshole think he’s doing? Mr. Trump tear down this wall!”

One Mexican Hat resident, who preferred to remain fictional, said, “I started helping with the wall, because at first I thought it was a zombie apocalypse thing. Then I found someone who spoke enough English to say Trump wall. The people of Mexican Hat will over come this, hopefully with the ladders we’re having the same Mexicans build. I have to close up shop by five, but if all goes well my ladder should be done by 4. Trump may be paying them handsomely to build this wall but, since they’re Mexicans, most of the tunnels should be finished by Tuesday.”

Mayor Bob added, “On second thought, if we can get some murals up on this wall, maybe we should keep it. Then we could charge people 50 cents to come through the tunnel system. This could be win win for the people of Mexican Hat …both of them.”