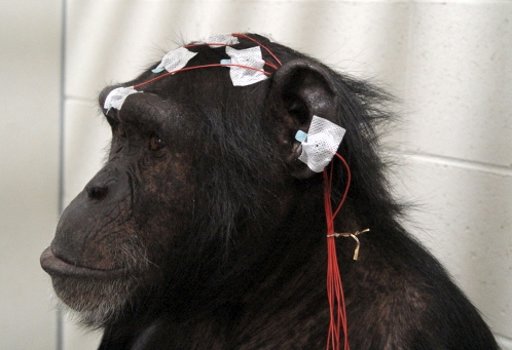 The latest Discord poll indicates Donald Trump has jumped to a 12 point lead with lab chimps and other primates. Republicans may not believe in evolution, but Trump plans to ride this wave of primate support all the way to the White House. Zoologist Dian Fossey is disturbed by these numbers, “I lived with a family of gorillas in the mist and I really thought I understood them. Now I feel it was all a lie and maybe we should go with my first idea to just process them for their ivory.” When explained she is likely thinking of elephants and rhinos, she said, “I thought Rinos were Republican In Name Only? Very little ivory in those.”

Dr. Sterling Hogbein of the Hogbein Institute and Lube, said, “Trump is also polling well with sea arthropods, echinoderms, and phytoplankton. There are roughly 60 million invertebrate marine species in our oceans. If the R.N.C can get these votes to count in November, Trump will walk away with this election, even if his invertebrate friends obviously can’t.”

Donald Trump couldn’t be happier with the news. “I love the monkeys. What was the name of that song, Satisfaction? Yeah, the monkeys are great. And, of course, the tides are turning on marine life as well. Get it? I’m going to Tweet that one, right now!  #TideTrumping.”
Trump’s campaign manager of the moment, added, “As it says in the Constitution, voter suppression is an important part of our freedom, but we are going to have to fight for the rights of our marine friends to vote in November. Maybe we can get Aquaman and that Sponge guy to help get out the vote. Of course, if you’re a woman, a minority, or living on the rez somewhere, go fuck yourself. No really, you probably have nothing better to do so its a legitimate suggestion. Look, I’m not surprised with this sudden surge in sea life support. We all know why sea anemonmes are coming out strong for Trump. Trump knows his constituents. They’re just honored he gets up every morning and puts one of them on his head.” 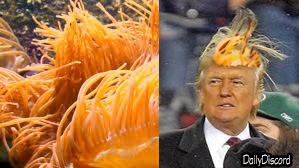