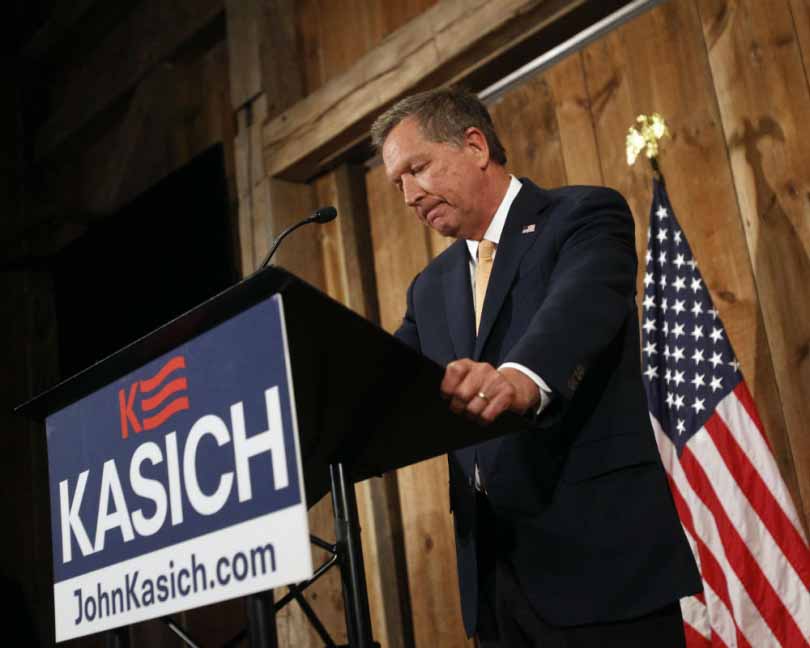 Columbus, OH—The Governor of Ohio, John Kasich, still plans to suspend his campaign, but he promises to deliver a second and final concession speech that “will last all the way until the convention in July.” Senator Kasich told the press today, “This isn’t officially over until I say it is. And my plan is to take a long, long time to say that.”

Critics were quick to condemn the maneuver as a political stunt, but Kasich was quick to respond, “The convention is being held in Ohio and I am from Ohio. I don’t think that’s a coincidence. I could be there, in like, an hour easy. Look, I prayed to Ted Cruz’s God and I am convinced there is some kind of divine intervention convention thingie occurring here #NeverTrump.”

Senator Kasich explained, “Remember Ted Cruz’s 2013 filibuster from the floor? I was the one who brought him the pillow and the Dasani. Incidentally, the whole 21 hours is available on YouTube now in twenty minute chunks. Inspired by Ted’s determination, I have decided to give a second doozy of a filibuster style-concession speech.”

When asked about the dangers of talking for over two months straight, Kasich said, “This is not unprecedented, remember when Neil Patrick Harris hosted the Oscars? I spoke to Dr. Ben Carson and, as a brain surgeon with a rare form of narcocandidacy, apparently there are ways politicians can nap while speaking.”

Dr. Ben Carson later confirmed his diagnosis with the Daily Discord and added, “I got a bump in the polls after the third debate, and I don’t even remember the third debate. And I felt well rested the next day. If I were President I could take that 3AM phone call without batting lash, well, my lashes would actually be moving rapidly, because, while relaying the nuclear codes I would be in a form of REM sleep.” The interview abruptly ended as Dr. Carson began both mumbling and snoring simultaneously. Dr. Carson later described that phenomenon as snumbling, a tactic he is he currently teaching Mr. Kasich’s for his upcoming 65 day concession speech.