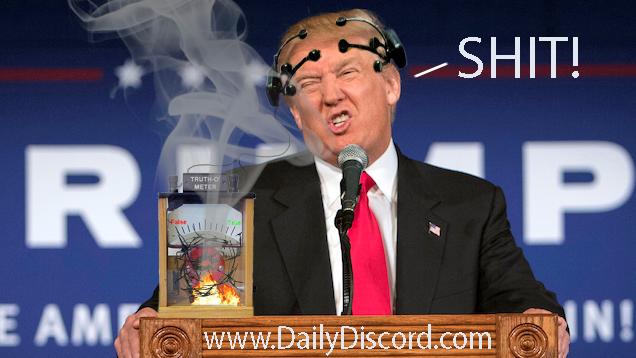 Why complain, republicans? You got it pretty good. Your Senators from places like Montana and South Dakota carry the same weight as their counterparts in New York and California. Then, when population does matter, you’ve gerrymandered every district into oblivion. Nice. Oh, and you won the Senate because no one save the old, white and angry even votes in the midterms. This week your current frontrunner broke the Politifact Meter, which isn’t easy to do as it’s a cartoon image. The less your candidates mention the truth, the higher they poll. Good work if you can get it. Even your spiritual leader has no idea what the hell you people are doing, so where does this false confidence come from? Most people have to garner a series of successes before they gain such confidence. Republicans remain forever sure of their next predictions and their next policies despite having a track record that makes Fat Albert look like Usain Bolt.

Despite recent history, when you talk to any given republican they remain part Nostadamus, part Nate Sliver and part Magic 8-Ball. This may seem rather basic, but you need to predict something accurately before you can say you predicted something accurately. During Bill Maher’s New Rules solilique last week he touched on something I’ve been covering for years. Mainly, just how bad republicans seem to be at prognostication. He used a lot of different examples, of course, because when it comes to being wrong the GOP’s list is…well, it’s like if Schindler, The Count from Sesame Street and some guy with OCD wrote a list. Maher used examples ranging from Cheney’s Iraq predictions, to Obamacare ending the world, to the NRA predicting Obama will end our 2nd Amendment if reelected, etc etc. It was a great montage of wrongness.

The closest the right-wingers have come in the 21st century to a true prediction is when Sarah Palin said, “Obama is so weak that the Ukraine could fall into the hands of Putin.” Romney said something similar. Of course, the last tanks are withdrawing from the eastern provinces as we speak, so it didn’t happen. Thus ends their Most Intersting Prediction of the Century. Yes, Sarah Palin is their best and brightest… Your making my points for me again, folks. Of course, my assessment still wins, here. The latest Nostradumbass moment comes in the form of Mark Rubio. Fox News is making a big deal about Rubio’s incredible “prediction”:

“Here’s what you’re going to see in the next few weeks: the Russians will begin to fly combat missions in that region, not just targeting ISIS, but to prop up Assad.”

As one of the more formentable nominees, let’s give him some credit. He is capable of following current events. Whereas that’s an impressive feat for a republican, it falls short of an actual prediction. We knew at the time of the debate that Putin’s military airbase in Damascus was ready to help his besieged bestie, Bashar al-Assad. So what did he predict, exactly? They’re opening a new sporting goods store here in Flagstaff, so let me make a similarly astute prediction.

“Here’s what you’re going to see in the next few weeks, people are going to go into that store and purchase a wide range of sporting goods for their recreational use and pleasure.”

It’s amazing what passes for insight on the right. Admittedly, whenever they say something accurate it sticks out like a sore Trump. What is lacking from every candidates’ braindead swarray into foreign policy is a complete lack of understanding of how we got here. The usual. This week there’s more to add to this Swindler’s list. The guy most likely to replace John Boehner all but admitted that the endless Benghazi hearings were an effective political stunt designed to hurt Hillary, here. Think about that. They admit what many of us have been saying for years and what are they going to do about it?

“We plan to refocus our efforts on Hillary’s email and make something else up.”

They are forever fixated on their latest pet peeve-gate. I call it Zen Wrongness. How do they not realize that everything they hold dear is crapola? If we harnessed all the bullshit coming out of republican mouths, we could propel this planet to Mars, which may come in handy when we find out they were wrong about climate change too. Terrafarting? Sorry it’s a NASA joke., like Ted Cruz

You don’t want to protect my rights, you want to protect yours. How about those turning point legislative feats of yours? Citizens United? Union busting? Right to Work? The Patriot Act? Authorization to invade Iraq? Do you even realize that eventually you all rail against the things you once supported because they turned out to be bad ideas? The rest of us haven’t failed to notice. We have to live in this world, not some delusional bubble of your own creation. In fact, we are currently railing against some of your bad ideas in Iraq. ISIS is driving around with hundreds of millions worth of equipment from Operation Iraqi Freedom. Well, the firm steady leadership of Putin will clean up your mess. Actually, I like the idea of having a politcal enemy making the same mistakes. Chill the vodka, boys. This should be a snap. We will be greeted as Lithuanians?

Even when you look into Volkswagen’s woes you find a republican policy under the surface. Any car company’s ability to pull these shenanigans is a direct result of an underfunded EPA, because it allowed them to self-audit for emissions, here. What? Really? Self audit? If that’s the case, this will likely be just the tip of the Hamburg. Almost everything wrong with the world today comes down to some ridiculously shortsighted republican policy. R-ductionism? And someone please tell me where they found the world’s only dumb neuroscientist? What is in their water? Well, after they finish gutting the EPA your guess is as good as mine. At least their ‘do nothing crongress’ doesn’t actually do anything. Could you imagine if these people passed something. Lord help us.

News Flash: We had a time before unions and unless you were a coal or oil baron, it sucked (See: History). Yeah, let’s restore some of that magic. We had a time before the EPA as well (cough). How wrong can you people get? Ooops, I begged the question. Perhaps President Trump can enlighten us.

Only they seem to not know how little they know. They’re not trying to save capitalism, but only because they haven’t realized they broke it yet. They said, don’t bother with Cap & Trade, China will never agree. Now they are leading the way. They said, don’t talk to Iran, they will never let you into their nuclear facilities—until we talked to Iran, who then let us into their nuclear facilities. You will never curb healtchare costs, uh, until Obamacare. Hell, even Jeb Bush thinks our withdawal from Iraq was Obama’s idea, when the withdrawal agreement was signed by his brother’s hand. He just signs with an X, right? …but it’s legally binding. Why do they even fight wars, to create radicals? Well I guess it’s job security? If all you can do is shoot off your mouths and your guns…stick with your strengths, I suppose.

Why do they bother? They can’t seem to win any wars, of ideas or otherwise. Putin won the argument in the UN last week because Obama was dumb enough to regurgitate W’s nonsense about democratizing the Middle East. It’s time to remember, Mr. President, that everything a republican says is bullshit. I really have tried to write an article about what republicans have gotten right, but Mr. Winslow keeps telling me it’s below word count.

“My brother kept us safe.”

Yeah! Well, tell that to those four people who died in Benghazi! Oh wait, what?