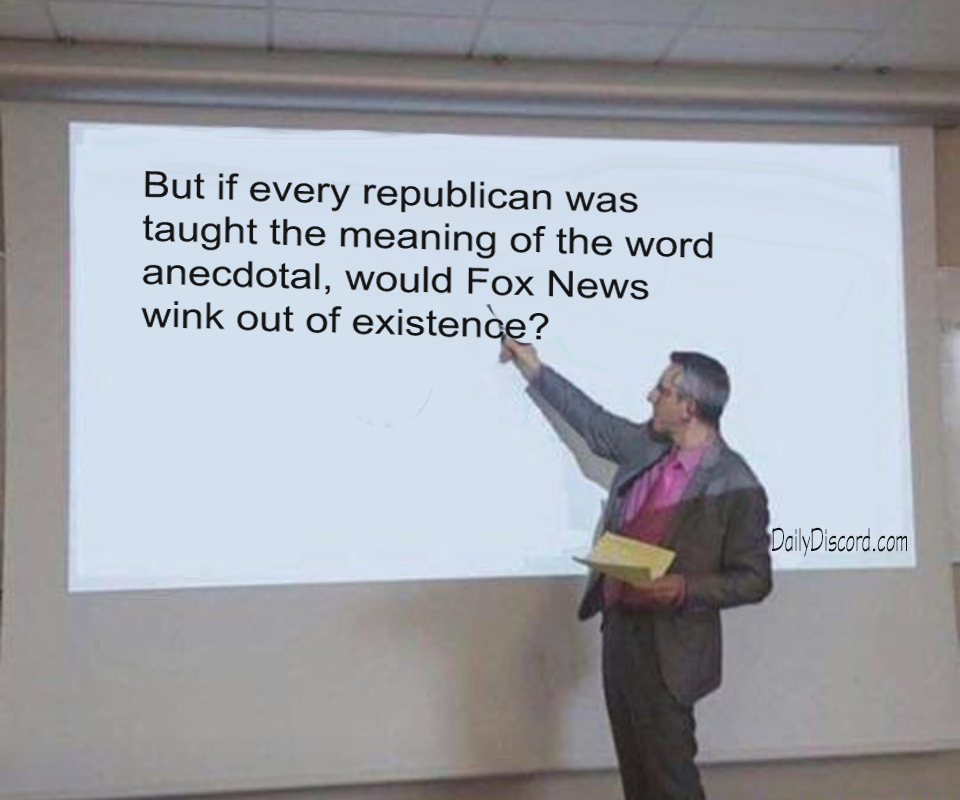 Over Memorial Day weekend I made the mistake of debating members of the family still laboring with the misapprehension that the republican ideology is a thing. For some context, we’ve danced around meaningful discourse for nearly a decade, but for this round I just wanted to convey one final point, namely, we’re past the point of no return for our courts, our constitution, our environment and our economy, so things are about to get much worse for this country on a variety of fronts and, although I love ya’ll, I’m with the North. Or, if you prefer a more schnitzely analogy, I’m with Herr, which was Hindenburg’s 1932 slogan. This is far beyond a covid thing, folks, for those late to the party it’s more of a me-circe-2004-thing. And, yes, I will no longer defend republican thought or even known republican-sympathizers. Yeah, I know the opposite is occurring right now across this country, but I long for the days of a smarter, more progressive fascism. Speaking of which, why is our Attorney General now targeting Latifah anyway? It’s such a confusing world.

Sure I speak years ahead of current events, thus my suggestion to reread my stuff from a year or five ago.

Warning: this is good in theory, but you lose most of the jokes.

The next phase of horrors have arrived so I just wanted to convey this particular Facts News Alert, but the same infuriating combination of misinformation and cognitive dissonance proved Insurmountable. Put me on the record as defending peer-review over anecdotal evidence, science over superstition, black lives over deplorable ones, and our Dem-intelligencia over your unintelligible dementia. I fear the US dollar’s days as a world currency are numbered and then we’ll all be angry and poor and at each others’ throats, sometimes literally, at least until a new system emerges. So when that time comes, please consider mine over Mein Kampf.

On this Memorial Day I just wanted to relay how the country is too divided, how everything is breaking down, but I failed to get that far ...and two days later the riots began. Hey, but I nabbed a 42-inch Samsung!

The days of a healthy debate, even amongst family members, are dead. I call this Zano’s Theory of Irrelativity. Any rightwinger can now seamlessly jump from one staggering contradiction to the other, reaching levels of cognitive dissonance Orwell’s O’Brien and Joseph Goebbles could only dream of. I only honed in on the contradictions. We usually start and end with legalization, which is not as politically charged, thus typically safer ground. But now I’m ‘pushing’ micro-dosing psilocybin, which triggered a new contradiction. Let’s ignore their tired old arguments and forgive their misunderstanding of the ‘micro’ part of these magic doses and jump to the new contradiction:

“No one gets to use the good substances, because I could somehow be in danger on the road. But, on the flipside, I can infect others with covid through wanton abandon and that’s someone else’s problem.”

So essentially amidst one of the only deemed “safe” arguments, they found a new and exciting way to be wrong. Of course, that revved things up a bit, which did lead to rudimentary hints of an admission regarding the false pretenses for the Iraq war (a first), and yet two contradictory statements immediately emerged. “They (Iraqis) have no regard for human life,” followed by, “We should have… (well, the old sand-to-glass analogy was dusted off).” Wow, that’s like when you march a discrepancy over to a Contradiction Camp and then, uh, bomb the wrong country.

So, while we had Al-Qaeda & Bin Laden pinned down in Tora Bora, why didn’t we go all Shock-&-Awe then? (aka, if you were ever going to use those big bombs you keep talking about…)

Somehow that’s when the old “we had to play by the rules and protect innocent life” card was played. Really? You invade the wrong country yet somehow in your sad philosophies genocide is still permissible, unless we shift eastward to Tora Bora where  killing the actual bad guy might negatively impact the regional mountain goat population?

At the onset of the pandemic I predicted, here on The ‘Cord we’d have among the worst responses in the west, that populist run countries in general would be more ill equipped to—but that’s as far as I got with this one. I was forced to explain what constitutes ‘the west’ because republicans keep inexplicably bringing up Venezuela. No wonder they’re happy to become a third world country, they haven’t actually identified the quote-unquote first world. Do you quote that?

Granted, there are some legitimate claims that the US was the most prepared for Covid, and I’m not actually doubting this report, so:

Everything I’ve read ranks us rather poorly, not to mention what I’ve seen. So I went home scratching my head and then googling this shit. Politico had a four quadrant system wherein the US was ranked among the worst responses and that crazy leftist rag, Forbes Magazine, had us ranked second to last. In our defense, they only looked at about sixty countries. Today, the NYTs came to the same conclusion about all populist led countries screwing the pandemic pooch.

Meanwhile, David Frum over at The Atlantic, said Trump wants to shoot the looters …when he’s our Looter in Chief. Fine, he didn’t say that, exactly, but I already wrote this bit and then I had to go back and acknowledge his related comments, so it’s a bit of collaboration thingie (that he wasn’t a part of). But let’s be nice to Dave. We need to cherish the last of the republican intelligentsia. It’s like finding a kosher steak house in Damascus rare. You know the song, you don’t know what you’ve got til it’s gone? Yeah, they won’t even notice then.

I guess this is why trump doesn’t bother most republicans. He speaks their language, aka the diction of contradiction. By the way, republicans aren’t getting any of that aforementioned loot but they are getting 100% of the shaft.

Like most adults I don’t condone the looting, yet I understand and support the protests. But if Trump doesn’t step down in January will this country react with a similar outcry? I prefer a Klingon scream when the time comes. How come the dismantling of our republic won’t come with all this marching about? I do feel like a resistance of one sometimes, which is the loneliest revolution that you ever heard.

[‘Mama told me not to blog’ joke shipped to Shambala.]

For those still around, just for fun I searched what I was blabbing about one and five years ago on this blog.

Last May: Discord Prematurely Endorses Fictional Biden/Harris Ticket.  And five Mays ago I said this: “The jury isn’t out yet, but Obama will likely rank somewhere around Lord Reagan. I have some criticism myself, but as for the worst you’re thinking of Bush. Kidding! The worst will be the next idiot you elect. That’s a prediction you can bank on. Wait, I’m being told those will collapse.”

Historians have Obama and Reagan ranked 8th and 9th, but I didn’t predict Obama would edge him out, ha ha! I have seen them ranked 11th and 12th respectively as well. Wow, I should read me more often. I might relearn something.

1 comment for “I Firmly Support Democracy …Unless It Involves Republicans”