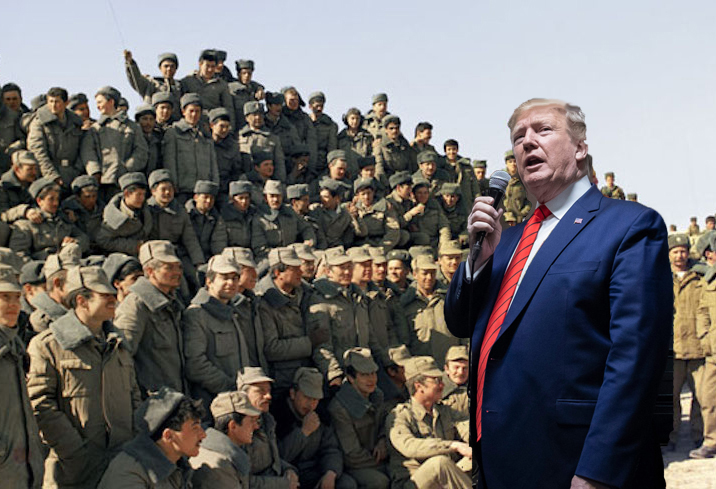 Manijib, Syria—Barley a month after US forces abandoned their military base in northern Syria, President Donald Trump wowed the new occupants of the previously held Kurdish territory with a surprise visit. Russian troops cheered as both Vladimir Putin and Syrian President Bashar al-Assad joined the festivities from a giant JumboTron, courtesy of the US army. The dueling dictators thanked the US president for his unscheduled appearance, as well as the ongoing support for despotism and general evilness everywhere. The three leaders then renewed their pledge to wipe out democracy wherever it might attempt to flourish.

President Trump was caught on a hot mic, asking if Putin would honor his promise to bury the Moscow Hotel pee tape, and—
Yeah, it’s pumpkin pie time. I might add something later …to my hips.