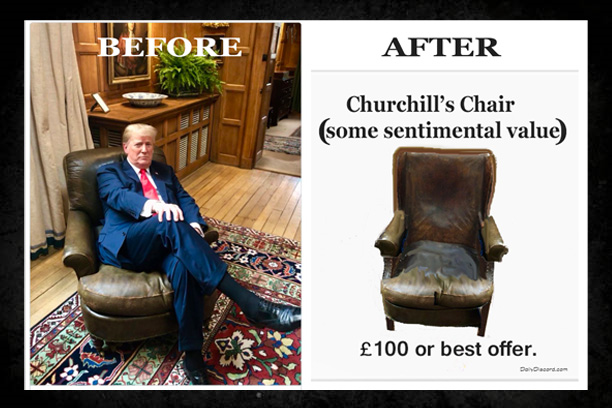 There are also disturbing reports coming from Buckingham Palace. The Queen is allegedly wandering around the hallways all hours of the night quoting Shakespeare. Staffers have overheard her saying, “Out, damned spot!” and “To fumigate or not to fumigate that is the question!” The Queen later told a friend, “The whole place still feels orange to me. Not like the pleasant fruit smell, more like the vegetable who just stopped in for tea.”

In related news, The Queen is also downplaying the significance of ordering 12 extra cases of the popular spray-deodorizer Febreze.